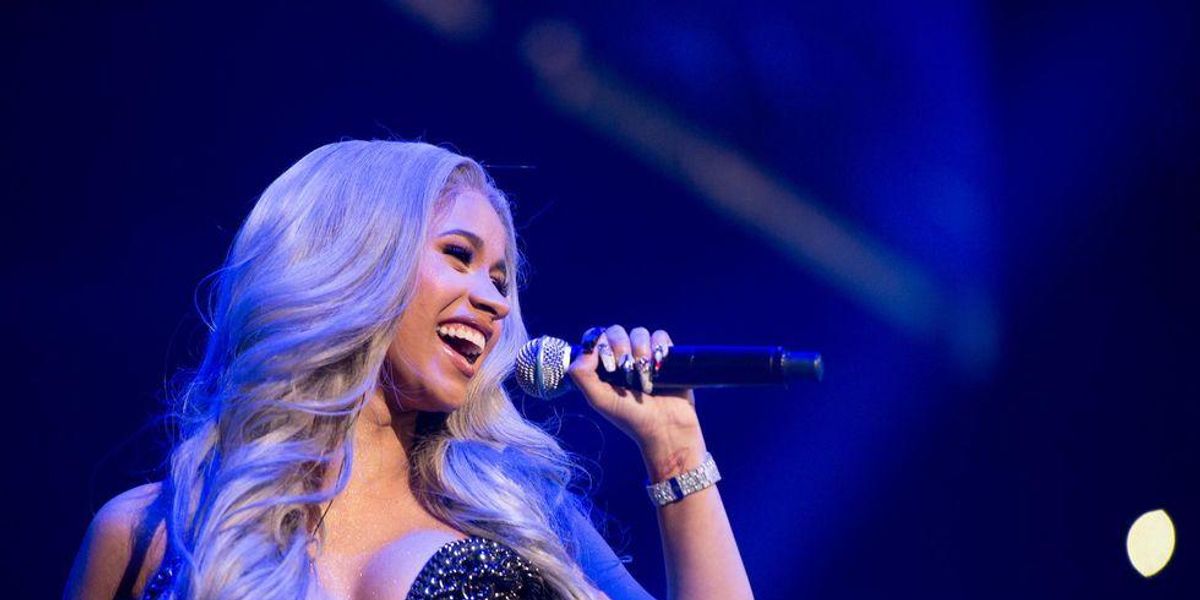 Rap artist Cardi B posted an expletive-filled rant about high inflation that went viral and garnered millions of views.

She posted the rant on her Twitter account, which has more than 27.5 million followers, in response to critics who mocked her for tweeting about grocery prices increasing.

“Naaaaaa grocery shopping prices are ridiculous right now,” the rapper tweeted on Tuesday. “You might as well eat outside!”

On Thursday, she posted the follow-up video.

“I get a summary of the money that’s being spent at my home every week,” she added. “So that when I’m starting to see that groceries is like tripling up, it’s like ay yo, what the f*** is going on?”

She went on to say that she went to the grocery story and saw how prices were skyrocketing.

“Cause if I think that s*** is crazy, I could only imagine what middle class people or people in the hood is motherf***ing thinking. So yes I’m going to say something, the f***?” she declared a second time.

Cardi B, whose real name is Belcalis Almanzar, is estimated to be worth more than $80 million.

It’s not the first time she has weighed in on the country’s economics. In December, she tweeted that the country was in a recession, and she decried high inflation in February 2022.

[embedded content]Reporter Asks If Biden Has “Any Responsibility” For Inflation… Press Sec’s Response Says It Allwww.youtube.com

Trump Exposed His Fear of DeSantis in 2024
A ‘Mass Exodus’ From Christianity Is Underway and Not For the Reasons You Might Think
Bill Gates tells Elon Musk that he should forget about space travel and focus on vaccines
Cracking Under Pressure? Don Lemon Reportedly Screamed At Co-Host, Leaving Crew Rattled
CNN Reports Poll Showing Largest Economic Dissatisfaction in 37 years