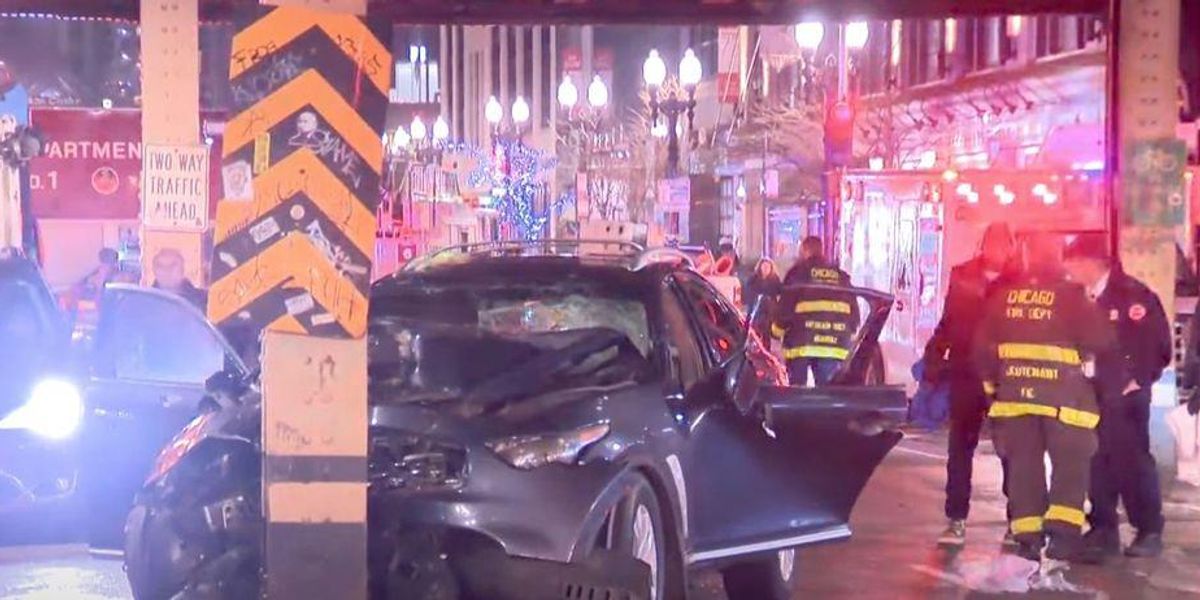 A woman resisted a carjacking attempt in Chicago, Illinois, and wound up killing one of the alleged teenaged assailants and putting another in critical condition.

Chicago Police said the 35-year-old woman was waiting in her car at the intersection of Lake Street and Wabash Avenue during rush hour when two people approached and entered the car just before 5:45 p.m.

The woman resisted the carjacking and got into an altercation with the two suspects. The male suspect wound up behind the driver’s wheel and crashed the Infiniti FX35 into a support pillar at a high speed. The two suspects and the victim were trapped inside the car, but Chicago firefighters were able to extricate all three.

One of the suspects, an 18-year-old male, died from his injuries at a hospital. The other suspect, a 17-year-old female, was critically injured and taken to Northwestern Hospital.

The victim was also in critical condition at Stroger Hospital.

A witness named Courtney Gordon, who worked nearby, described what he saw to WFLD-TV.

“It was pretty horrific, you heard the sound, it was a huge boom. I was closing up here at Dunkin’ Donuts. It’s just a huge boom and you thought somebody came through the windshield because you saw it shattered,” he explained.

The deceased suspect was later identified as Elijah J. Treadwell of the Uptown neighborhood.

WBBM-TV reported that charges are pending against the surviving carjacking suspect.

[embedded content]Carjacking suspect killed after crash near Lake and Wabashwww.youtube.com