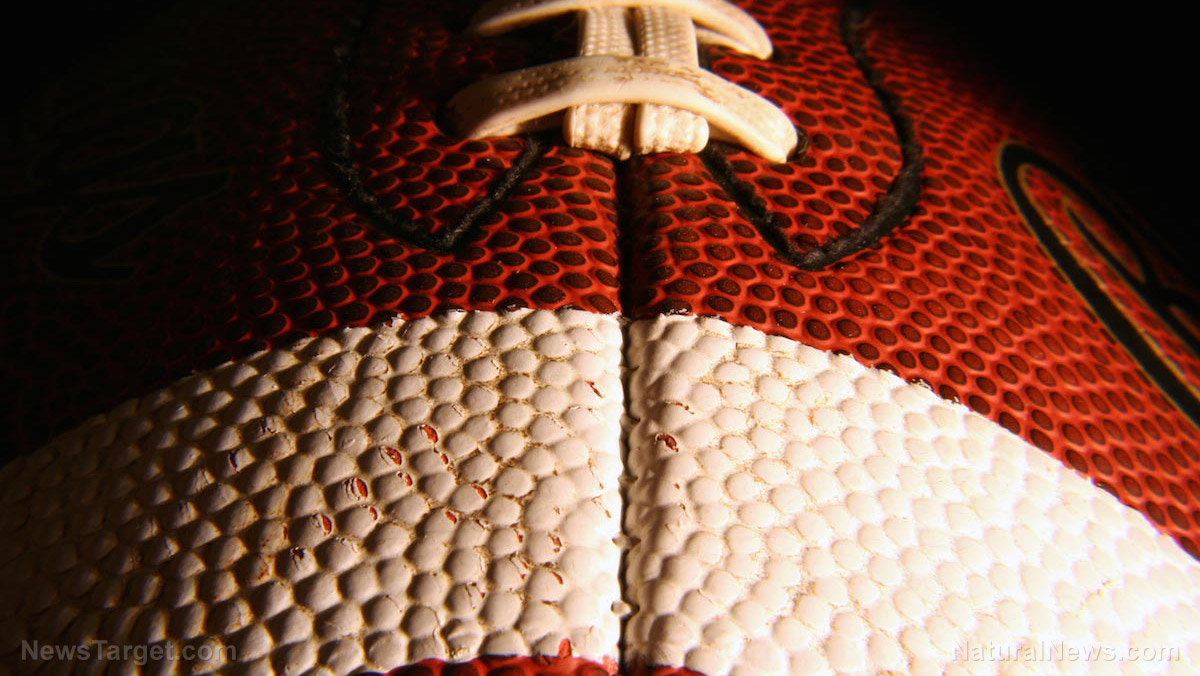 (Natural News)
The mainstream media is working overtime to shroud the possibility that Buffalo Bills safety Damar Hamlin collapsed suddenly as a result of being forced by the NFL to get “vaccinated” for covid.

Every excuse under the sun is being thrown around to explain away why Hamlin, who visibly stood up after performing a tackle and appeared to be fine, froze and fell backwards to the ground without apparent cause.

Social media doctors like Chris Haddock were quick to provide their expertise immediately after the incident, blaming the incident on an extremely rare condition called “commotio cordis” where, as Haddock explains, “a blow to the chest at a precise moment in the electrical cycle stops the heart.”

“Those trying to tie this to vaccine status to project their unscientific beliefs are terrible, horrible people,” Haddock further lectured, completely rejecting the possibility that Hamlin may have developed a cardiac condition from his forced jabs that caused him serious injury.

The NFL is rejecting the notion as well, having issued a statement that provides absolutely nothing in the way of a valid explanation as to why Hamlin, an otherwise healthy 24-year-old who has been tackling people without issue for many years, suddenly dropped to the ground without apparent cause. (Related: Every single person who gets jabbed for covid suffers heart damage to some degree.)

Fox 19‘s Joe Danneman tweeted that he was told Hamlin “has a pulse” but “is not breathing on his own,” adding that Hamlin “[n]eeded AED and CPR on the field,” an exceptionally rare occurrence for an NFL player.

Early on, Dr. Peter McCullough agreed that Hamlin may have just been unlucky enough to suffer a commotio cordis event like the media and various talking-heads are claiming. McCullough later changed his mind, though, after considering all options.

“I watched the play live both as a fan and a cardiologist and I saw blunt neck and chest trauma, a brief recovery after the tackle and then a classic cardiac arrest,” McCullough wrote in correspondence about the incident.

“I have communicated to one of the most experienced trainers in the world and we agree that it was a cardiac arrest in the setting of a big surge of adrenalin. If Damar Hamlin indeed took one of the COVID-19 vaccines, then subclinical vaccine-induced myocarditis must be considered in the differential diagnosis.”

Others all over Twitter were even more direct, one of them posting the following video showing many other examples of sports players dropping to the floor or field suddenly and inexplicably during a game or match:

Damar Hamlin’s collapse tonight looked a lot like these deaths due to the vaccine. pic.twitter.com/WTe7jQEJGC

Charlie Kirk from Turning Point USA tweeted a similar message about athletes “dropping suddenly,” as did attorney Tom Renz who wrote that, in his view, “this was not from the hit,” referring to Hamlin’s sudden fall to the ground.

“Praying I’m wrong but this looks like so many #diedsuddenly situations,” Renz added. “[W]e MUST pray for this guy that the NFL forced to get the vaccine.”

“I am furious,” Renz wrote in a follow-up tweet. “To watch Hamlin collapse that way after the NFL forced these experimental vaccines on these kids for money makes me sick.”

“He received CPR because he was in need of CPR – that’s nothing to do with the hit. #Fauci the #WEF #Biden #Pfizer #Moderna – is it worth it?”

Want to learn more about the dangers and ineffectiveness of covid injections? You can do so at VaccineInjuryNews.com.

On PBS, Amanpour Warns LGBTQ ‘Human Rights Are Under Fire’ from ‘Strange’ DeSantis
How and Why the Left Is Making the Memphis Cops Into ‘Racists’
Cracks in the Republican Majority Already Showing
Annie Wersching, ‘Star Trek,’ Bosch,’ and ’24’ actress, dead at 45
Ron DeSantis reportedly preparing for 2024 presidential run. A ‘more angry’ Donald Trump takes shot at ‘disloyal’ Florida governor.