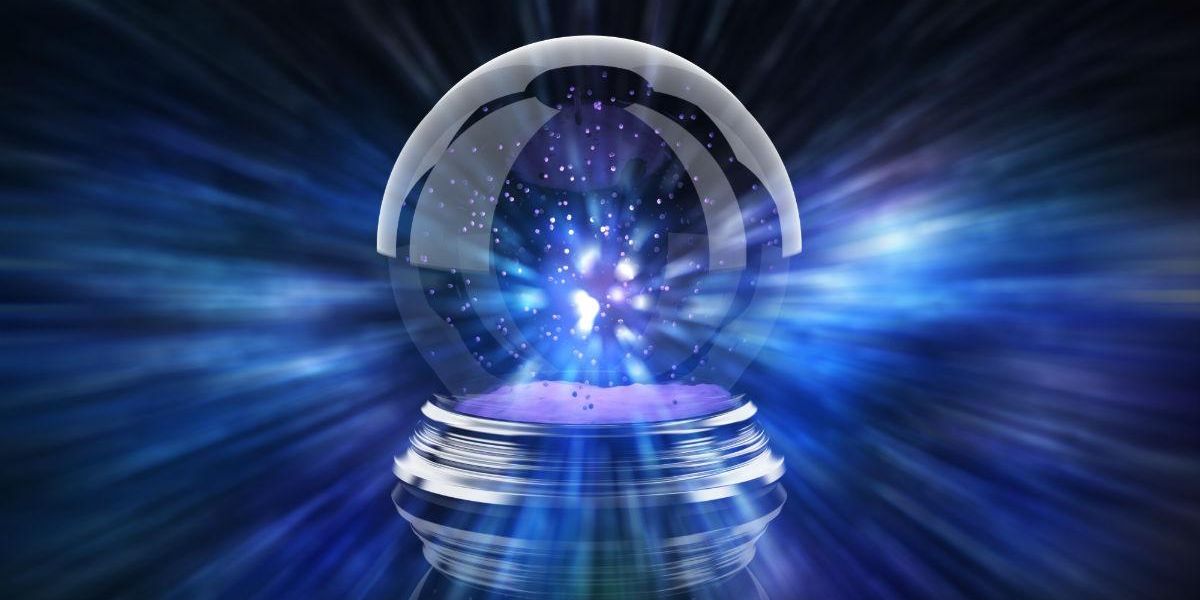 10) One active member of Congress will come out as trans. We’ve got openly homosexual members of Congress. We’ve got a bisexual senator, and she might be one of the best public servants in D.C. if we’re being honest (although that’s a low bar). We’ve got a congresswoman who probably married her brother. And we even had a polyamorous “throuple” congresswoman recently, too. So what trail remains to be blazed along the rainbow road? Why, only the unholy grail of tranny madness itself, of course! To paraphrase the great prophets AC/DC, on the highway to hell there are neither stop signs nor any speed limits.

9) “Spider-Man Across the Spider-Verse” will be the top-grossing film at the box office. I’m making this prediction for the second year in a row, because this film was supposed to come out last year but got delayed to 2023. Its predecessor might very well be the greatest animated film ever made.

8) The Buffalo Bills beat the Minnesota Vikings in the Super Bowl. I’m picking this one mainly for existential reasons, for these are the only two franchises in NFL history to go 0-4 in Super Bowls. So why not pit them against one another in a “somebody has to win” scenario of cosmic proportions?

7) Putin doesn’t survive the year. While I wouldn’t advise getting your information on this war from our “muh Ukraine” media, you don’t have to fawn over Zelenskyyyyyyyyyyyy in his green shirt to realize there’s simply no way Vladimir Putin thought this war would stretch into a second calendar year. Putin is already 70, and it takes consistent projection of strength to reign over a thugocracy ruled by oligarchs and crime lords. If he can’t put Davos/Soros/Zelenskyyyyyyyyyyyyyyyy to bed soon, Putin may be the one waking up with the horse’s head in his bed.

6) China reaches the fork in the road: Either the current regime invades Taiwan, or a younger, more Gorbachev-like faction will rise to power. COVID destabilized not only the West, but its origin country, China, as well. The last couple of years we’ve seen Chinese citizens jump from high-rise buildings to avoid starving to death during zero-COVID lockdowns and national protests of the regime’s draconian policies. Speaking of the regime, it has its own internal turmoil, too. This will be the year all these prevailing winds come to a head; it’s just a matter of which direction they go. Either the existing regime doubles down and attempts to finally spread its hegemony to longtime nemesis Taiwan, or we will see a new, more open generation of Chinese leadership, similar to what Gorbachev represented during the final “perestroika” phase of the old Soviet Union. Granted, even the current cutthroat Chicom regime permits a more open society than the pre-Gorbachev USSR did, but you get the analogy.

5) Riots will be planned in Florida to try to disrupt Ron DeSantis’ second term as Florida governor and his looming presidential run. The Spirit of the Age cannot afford to let DeSantis’ second term build on the success of his first, let alone the potential that he could export what he’s done in Florida to the entire country as president. Since it can’t beat him at the ballot box, or in the arena of ideas, look for the Spirit of the Age to stage some “mostly peaceful protests” in the urban streets of the Sunshine State to try to destabilize his administration and prospects.

4) The Florida grand jury will, at a minimum, recommend fraud charges against Pfizer and Moderna. If there was a case to be made against all the mounting data about the dangers of the jab and failure of Operation Warp Speed, you would see our Wormtongue media conjure it by now. Except there isn’t, which is why hashtags like #DiedSuddenly have to be censored and memory-holed. Well, that seal is about to be broken by the Florida grand jury convened by the state supreme court at the request of Governor DeSantis. I don’t foresee any way, if they’re serious about looking at what’s out there, that jurors come back with anything less than fraud charges. Of course, I’m in favor of even more punitive charges and penalties, which is why next month I’m coming out with this.

3) Trump will become the clear underdog in the GOP presidential primary.The 2024 GOP primary polling has already been trending toward DeSantis since his Reagan 1984-like landslide in the 2022 midterms, to the point that DeSantis has already gone from upstart to, at a minimum, the clear number two in the race behind former President Trump. I’m not the first person to compare the Trump-DeSantis dynamic to the biblical tale of King Saul and David, and this year we will see a similar transition of public perception and power.

2) Major names will leak from Epstein’s black book. I don’t know how this will happen, but 12 months ago no one knew that Elon Musk was gonna buy Twitter and then immediately begin to empty its chamber of secrets, either. Truth, like life, eventually finds a way. The Creator is truth incarnate, and even in its fallen state, His creation ultimately tilts in that direction. Ghislaine Maxwell was originally sentenced to life in prison for sex trafficking to no one, apparently, but in 2023 we will learn at least some of the someones.

1) The “Nefarious” movie will FINALLY come out and will turn a profit. It’s been seven years since we sold the movie rights to my 2016 book, “A Nefarious Plot,” about a demonic takeover of America. Finally, though, the wait is just about over. At long last we’re going to show you this movie in 2023, and you are about to see the high lord of hell in all his demonic glory. I couldn’t be prouder of how it turned out, and I hope you agree and the movie makes a profit — since my company paid for its production!