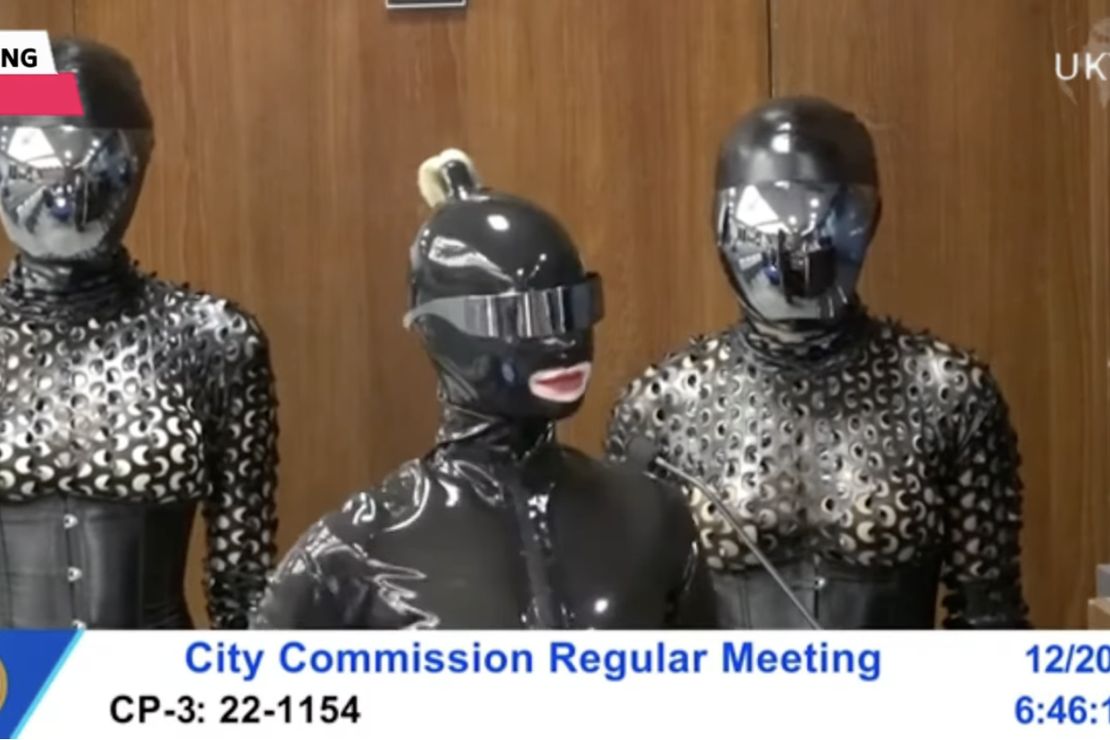 On this week’s Florida Man Friday we have the happy ending that wasn’t, equal spankings for all, and the cutest dog that ever got to go to a Miami Heat game.

I almost can’t even with this story, and that’s maybe the third time in my life I’ve used “can’t even” without being ironic about it.

The details are as sordid as you’d imagine, but with an innocent twist that might have you smirking as hard as I’ve been.

So Florida Man walks into one of those strip mall massage parlors that’s neighbors with a vape shop, a tattoo parlor, a DUI attorney, and a head shop. You know, the kind of massage parlor where the masseuses will on occasion focus almost their attention on one particular part of the male anatomy, and also the kind of place that the police tolerate because everything is relatively discrete.

The police might tolerate those places for another reason or two, but that’s not important right now.

I don’t normally name the accused because they are presumed innocent, but this is where I simply must mention that her last name is Dong.

According to the report, Florida Man went in, with “a crisp $100” bill burning a hole in his pocket, expecting an actual massage.

You know, on his back.

There must have been some kind of miscommunication because after wandering through the room for a short while, Florida Man’s masseuse “securely” started going to work on something that was certainly not his back.

Aghast at the clutching of his privates, the man told [the masseusse] to unhand his genitals. It was then, the man told authorities that Dong began negotiating sexual favors and asking for more money to continue.

At this point, there was an argument over a full refund, a scuffle, and I’m not entirely sure when everybody managed to get some or all of their clothes back on.

“Well,” as I once said about a totally different occasion, “the police came.”

The masseuse was arrested and faces charges of unnatural and lascivious acts and battery.

All over a simple misunderstanding about where Florida Man felt stiff.

As always, one point award in each category except when I say so.

SCORE: Public Nudity, Stupid Crime, WTF Were You Even THINKING? (to Florida Woman), and three bonus points to Florida Man for being innocent for once.
TOTAL: 6 FMF Points.

Florida Man bites officer after hitting another with car, dancing in traffic

Just another Tuesday in Orlando:

An Orlando man fleeing Winter Garden police struck an officer with a car and bit another on the leg Tuesday evening after causing thousands of dollars in property damage at a convenience store, arrest affidavits show.

Winter Garden police responded to the store around 7:50 p.m., but Florida Man had already left, harassing customers on his way out after causing approximately $2,000 in damage, according to officials.

As an officer went over surveillance video with the store owner, the proprietor saw Smith walking back to the business and identified him, police said.

That’s when things got strange.

Florida Man revved his car, hit a cop in the arm with his side mirror, and sped off. He was later seen by a witness “on the roof of a vehicle dancing and pointing at vehicles driving by.”

Police finally caught up with him and it took multiple cops and a police dog to arrest him.

At some point, one officer was bitten on the leg. Naturally, there was a Taser and pepper spray involved.

SCORE: Vehicular Madness, Police Chase, Fleeing, Resisting, Drugs/Alcohol (one presumes), plus one bonus point for dancing on the roof of a car while under a BOLO.
RUNNING TOTAL: 12 FMF Points.

There’s a Law Against That?

That’s nothing. When my youngest dressed up as Mini Me for our Bond-themed NYE party, he made his dog wear a shark costume with a laser pointer attached.https://t.co/XXFn8J1B9i

So Florida Man dyed his dog to look like Pikachu and took him to a Miami Heat game “because nobody’s ever seen a Pikachu dog sitting next to an NBA player before.”

He that is without this particular sin among you, let him first cast the first stone.

What? Everybody? OK, put your hands down and the rocks, too.

Sin or not, apparently there’s a law against that, even in liberty-loving Florida:

Miami-Dade County Animal Services Assistant Director Kathleen Labrada said, “There was a staff member holding the dog in her lap. We obtained a photograph at that time.”

Labrada told WTVJ that it is “unlawful for any person to possess, sell or otherwise transfer within the county any dyed or artificially colored rabbit or other animal.”

Florida Man has been fined $200, but he plans to appeal — and has no plans to remove the dye, which seems to have done his dog zero harm.

Gov. Ron DeSantis, where are you when Florida Man needs you most?

The First City Council Meeting in Need of a Safe Word

“I propose that you use a quarter of that [million] to support doms and subs in Broward County to build a dungeon created for us, by us, the taxpayers and voting citizens,” Mistress said.

“I look forward to spanking each and every one of you at the new esteemed dungeon,” she added.

One of the things I love most about America is that even in our reddest states, there’s still plenty of room for people to let their freak flags fly.

Just not in front of the kids, OK? We used to be able to agree on at least that.

They had to be on drugs, right?

Deputies responded to a home Saturday after a 911 call was made but nobody spoke, the Polk County Sheriff’s Office said. At the home, the deputies concluded that nobody lived there, but they found a male suspect and his girlfriend inside the home after entering it through an unlocked door.

While talking to deputies, the female suspect told them that she had called 911 for the purpose of having law enforcement help them move their belongings from the house they were burglarizing. They also wanted to get a ride to the airport so they could spend the weekend in New York, the sheriff’s office said.

The Polk County Sheriff’s Office posted to Facebook, “Deputies DID help them with their belongings, and DID give them a ride, but it wasn’t to the airport … it was to the Polk Pokey.” Because who doesn’t love law enforcement with a sense of humor?

Previously on Florida Man Friday: Which One of You Strangers Is My Wife?

Five score stories with a total of 24 point for a record-setting average of 4.8 eight points per story.

After an FMF like that, I bet you can hardly wait for next week.

So much good news this week — this might be my favorite FMF of all time.

Anyway, a story like that can mean only one thing: Florida Man has exactly one week to reclaim his crown of glory in time for the next exciting episode of…