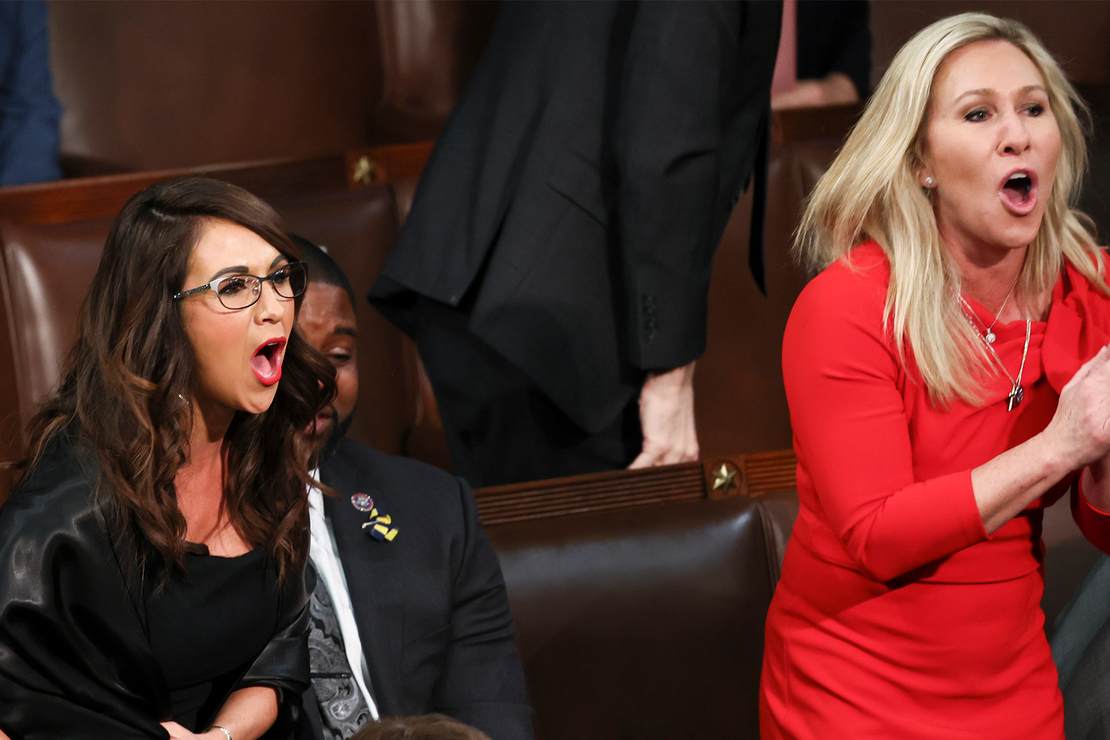 The problem with blowing sh*t up is that once you start detonating, it’s hard to control what sh*t exactly gets blown up. You’re more than apt to blow up good sh*t with bad sh*t.

So as a rule, blowing sh*t up is frowned upon by grownups as well as senior Republican lawmakers.

Right now, about 15% of the Republican caucus is in full Dr. Destructo mode with their Mental Neutralizers going full blast. Sure, they hate Rep. Kevin McCarthy — even though McCarthy gave tens of millions of dollars in campaign funds to most of them. But their real beef is that McCarthy’s election would mean they’d have to stop blowing sh*t up because they’re in the majority.

So a lot of the GOP rebels opposing McCarthy see this as the last chance to blow sh*t up before they have to settle down and behave.

To some Republicans, the House’s inability to move after the starting gun fires is embarrassing. But clearly, to at least 20 Republicans, being stuck in neutral is fine. A big question to every House Republican is, “You worked hard to get a majority. Now that you’ve got one, what do you want to do with it?” Apparently, some of them can honestly answer, “Nothing.”

The bitterness and stubbornness in the current GOP House leadership fight would be easier to understand if members were choosing between McCarthy and a figure who was dramatically ideologically and personally different — say, Andy Biggs of Arizona. But House Republicans already had that battle late last year. McCarthy won, 188 to 31. That’s a roughly 85 percent to 15 percent split.

A very large section of the GOP base, when told that the ongoing inability to pick a Speaker is freezing up the legislative branch of government: pic.twitter.com/QBIYSBuXPY

The problem isn’t that the rebels aren’t asking for good things. Lord knows I’ve been complaining bitterly over the years about midnight taxpayer robbery and incoherent budgeting. But in the process of gaining some good things, the rebels can’t resist trying to blow sh*t up by demanding that any one member can demand a vote to vacate the speaker’s chair.

All party discipline would be gone as the House majority would be constantly voting to keep the speaker in place. Also, what goes around, comes around. If the rebels were to get one of their own elected speaker, the moderates would turn the tables and force vote after vote as payback for what’s happening now.

Putting the rebels’ demands aside, it was little noticed, but a report at Punchbowl News shows why no one in the Republican leadership can trust many of the rebels.

Brendan Buck: “The agitators’ objective isn’t to win the speakership for one of their own; it is to weaken Mr. McCarthy or whoever emerges as the next speaker of the House. The embarrassment indeed may be the point.”

In other words, at least a handful of House Republicans are saying they’re fine with a Democratic speaker and Democrats effectively controlling the House, despite the outcome of the 2022 midterm elections. Note that these are exactly the kinds of Republicans who call each other “RINO,” contend that other Republicans aren’t tough enough or smart enough, and simply believe that others aren’t willing to do what it takes to win.

There is glory and advancement in being in the opposition — at least in the Republican Party. It’s so much easier — and enjoyable — to sabotage the Democrats than it is to create a meaningful legislative agenda.

And you can’t blow sh*t up if you’re in the majority.