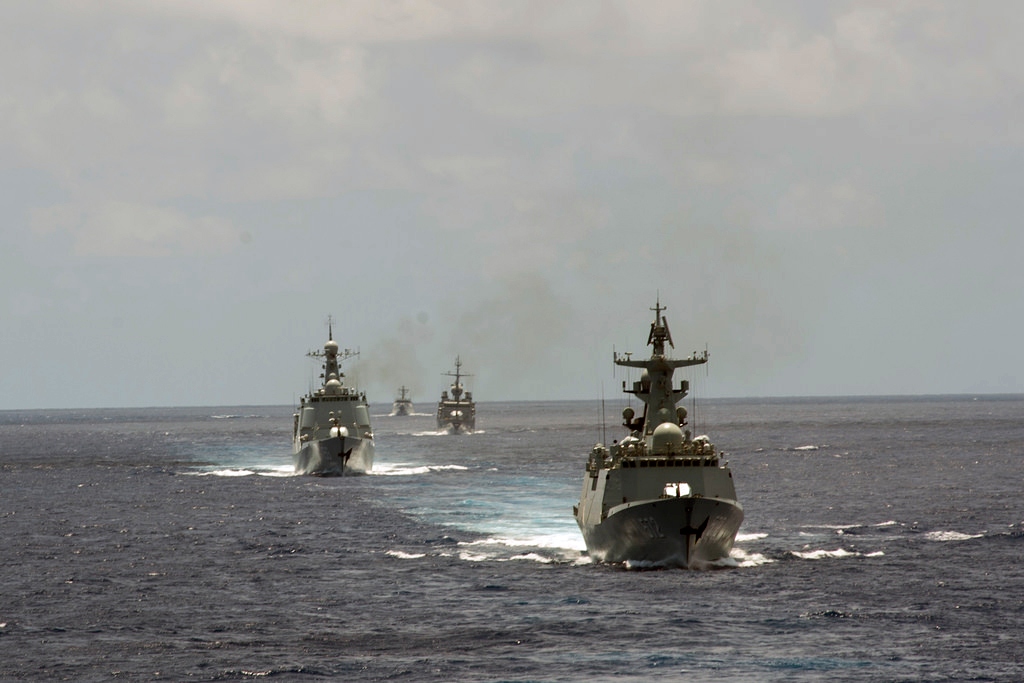 (Natural News)
A clash between the U.S.-led NATO alliance and Russia appears even more inevitable this week based on new moves by both sides.

First, Russian President Vladimir Putin has ordered a warship carrying new Zircon hypersonic missiles on a mission that will take it into the Atlantic and Indian Oceans in what is a clear warning to the U.S. and the NATO military alliance not to escalate their support for Ukraine ahead of what is expected to be a winter offensive involving Russian and Belorussian forces.

“The deployment of the frigate appears intended to make maximum possible public impact, given the announcement was made by Putin himself in a televised conference call with his defense minister, Sergei Shoigu,” Zero Hedge reported.

In addition to Shoigu, Putin talked with Igor Krokhmal, the frigate’s captain which bears the name “Admiral of the Fleet of the Soviet Union Gorshkov,” reminding that the ship is armed with the hypersonic missile payload — “again, in a coordinated message which unveiled the deployment to the public for the first time,” the outlet reported.

“This time the ship is equipped with the latest hypersonic missile system – ‘Zircon’ – which has no analogs,” Putin said. “I would like to wish the crew of the ship success in their service for the good of the Motherland.”

In addition, the warship is expected to traverse the Mediterranean Sea while engaged in the Atlantic portion of its mission. The timeline of the voyage, however, remains classified.

“This ship, armed with ‘Zircons’, is capable of delivering pinpoint and powerful strikes against the enemy at sea and on land,” Shoigu said in response to the Putin announcement. He went on to say that there are no defenses against the Zircon, which can evade anti-air defense systems due to its ability, purportedly, to fly at nine times the speed of sound.

“I am sure that such powerful weapons will make it possible to reliably protect Russia from potential external threats and will help ensure the national interests of our country,” Putin told both military officers. “We will continue to develop the fighting potential of our armed forces,” he added, according to The Telegraph.

Meanwhile, likely in anticipation of war with either Russia or China, the U.S. Air Force is testing a new tactic that will make it extremely difficult for opposing forces to defend valuable targets.

As reported by Task & Purpose:

Chinese military officials are likely alarmed by the Air Force’s efforts to launch cruise missiles out of cargo aircraft, according to an analysis by a U.S. Air Force civilian researcher who specializes in Chinese aerospace studies.

Launching weapons out of cargo aircraft could complicate an enemy’s targeting priorities, make it more difficult for them to detect an incoming threat, and give the U.S. and its allies more options for striking the enemy at a low cost.

Cruise missiles travel nowhere near as fast as hypersonic missiles, which the U.S. and China continue to develop. However, by putting them on cargo aircraft and other ships that are not warships, an enemy will be hard-pressed during the early phases of battle to determine where those missiles might be coming from at any given time. Worse case, opposing forces would not be able to defend against any and all potential launch points.

“An MC-130J is the perfect aircraft for this capability because we can land and operate from 3,000-foot highways and austere landing zones whereas a bomber cannot,” said Air Force Lt. Col. Valerie Knight, commander of the 352d Special Operations Wing, in a November press release after a successful missile test.

AP Stylebook recommends against ‘dehumanizing ‘the’ labels,’ like ‘the French,’ then deletes post due to ‘inappropriate reference to French people’
SUNY Adds Woke Requirement for Graduation
Poll finds almost a quarter of Millennials get their rent paid by their parents, others get groceries, utilities paid
Republican Retaliation Against Democrats on Committee Assignments Is Completely Justified
Florida teacher charged with child abuse after allegedly hitting special-needs student