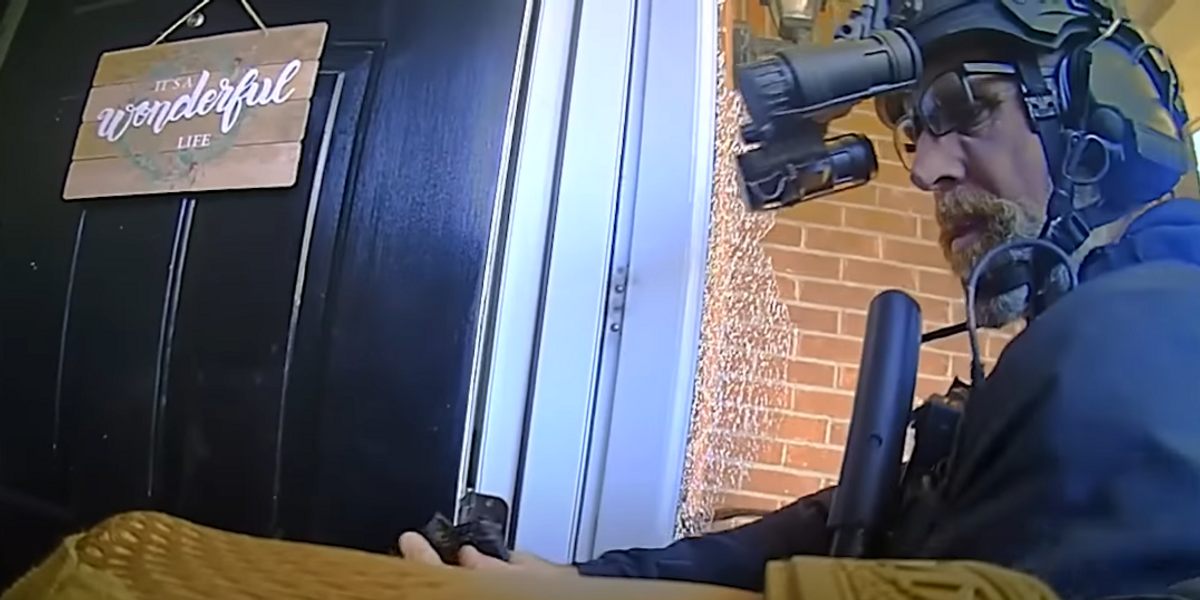 Around 3 a.m. on Thursday, Capps allegedly woke up his 60-year-old wife and 23-year-old stepdaughter. At gunpoint, he forced the two women into the living room of their home in Heritage, Tennessee.

Metropolitan Nashville Police Department spokesperson Don Aaron said, “He threatened them, said if they called anyone he’d kill them. He was throwing things about the residence and threatened them with a gun.”

Capps fell asleep, and the women were able to escape to the Hermitage Precinct of the Metro Nashville Police Department and informed law enforcement of the alleged situation. Capps’ wife and stepdaughter reportedly told officers that the Grammy-winning recording engineer threatened to kill them and would shoot police.

Aaron explained, “Members of SWAT conducted a covert operation outside the residence in the event he barricaded himself inside.”

Coon, a 14-year veteran of MNPD, appears to fire five shots at Capps through the glass door, as seen in the bodycam footage. It did not appear that Capps fired his gun.

Bodycam video shows the cops demand that Capps show his hands several more times as they enter the house.

Capps died at the scene. No officers were injured in the shooting.

The “Critical Incident Briefing” video issued by the Metropolitan Nashville Police Department included a photo of the alleged gun Capps was wielding.

The Tennessee Bureau of Investigation will conduct an investigation into the police shooting.

Variety reported, “Capps had just lost his brother two days prior to the incident that resulted in his own death. In Capps’ last public Facebook post, dated yesterday, he wrote, ‘No words. RIP Jeffery Allen Capps, Dec 31, 1967 – Jan 03, 2023,’ alongside an undated photograph of himself and his brother standing in front of their father’s grave.”

Joe Biden’s Brain Breaks During Remarks in Philly (VIDEO)
Watch a 5-year-old preacher go viral by baptizing his toys, singing with Grammy Award-winning singer: ‘You have lifted us all up’
It’s TOO LATE for NATO to win the war against Russia… here’s why
Colbert Preaches to His Masked-Up Parishioners
EAT MORE BUGS EXCLUSIVE: Natural News releases high-magnification cricket snacks, cricket flour and whole cricket microscopy photos from the lab