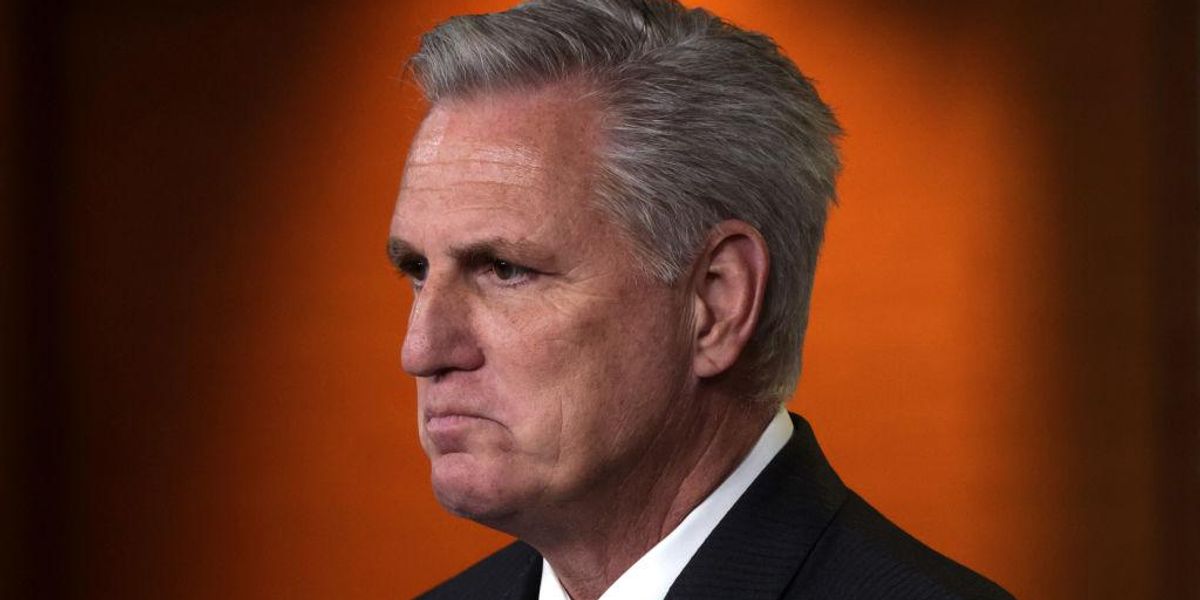 The squeaky wheel gets the grease.

Democrats fight like Navy SEALs for their prerogatives. RINOs fight like the dickens for pretty much the same priorities. Establishment Republicans frantically use leverage to keep their seats at the table in the corporatist, globalist system. But we conservatives are supposed to sit like potted plants and just put out policy papers and never use leverage for liberty the way the bad guys do for tyranny — even within what is supposed to be our own party, in which the overwhelming majority of voters think like us. A group of 20 or so House Republicans have finally shown us the blueprint for exposing the fraud of the conservative-Republican relationship and have provided a path forward to either take over the party or force a much-needed split.

There’s a dirty little secret we always knew. Conservatives who are willing to fight the system represent only about 10% of the Senate Republicans and maybe 20-30% (including toe-dipping followers) of the House Republicans. The same is more or less true in deep red state legislatures, although the numbers are slowly increasing in most state houses. As for governors, we have just one: the Florida man. In other words, unless we hit the party with blunt force trauma, we may as well just make it official and install Klaus Schwab as emperor and cut out the middlemen.

Until now, we’ve been brainwashed by legacy Republicans and mouthpiece commentators into thinking that conservatives just don’t have the numbers for anything, that we should continue putting out our policy ideas even though they’re going nowhere, and that we should be content with losing by landslides in House private conference votes on bedrock ideas like making the House more representative, transparent, and, yes, conservative.

“Well, if you want to beat them, you must win more seats (not that these voices ever help us in primaries) and do it the smooth way.” You might have heard that line before. Now, let’s move on with the country club, “next in line,” corporatist, globalist shill to fake fight the Democrats on all the issues that don’t matter, in the way they don’t matter, at the times they don’t matter. That’s what we conservatives were there for: to make points … and then summarily lose.

Again, this dynamic has played out for decades — not just in closely divided congressional sessions, but in supermajority red state legislatures.

It has also played out in general elections for years. We were told to accept every terrible Republican in a general election, otherwise we would be blamed for a Democrat winning the seat. We complained how black voters constantly remained loyal to Democrats who treated them horribly, but we were no different, obsequiously serving and slavishly devoted to the GOP plantation.

“Well, the time to defeat bad Republicans is in the primaries,” they tell us. “If you can’t win enough seats, you have no right to demand so much governance within the party.”

This is a true statement with just one problem: The establishment Republicans don’t run on policies they really support in Congress; they run in primaries on our policies. They use their industry money and superior name IDs and organizations to run as conservatives and confuse voters.

Thus, when they are able to run on what they actually believe privately and still win, we will respect their prominence within the party. But if they are going to sabotage our primaries with dishonest obfuscation, then it’s time we demand they get on our plantation rather than the other way around. Our views, not theirs, reflect the hopes and aspirations of the overwhelming majority of Republican voters.

For years, we have been calling on the conservative members of Congress to form a bloc just like in a parliamentarian system and make it clear that they are not loyal to the GOP establishment. They should obstruct the uni-party agendas and processes — and yes, even leadership elections — until our grievances, the grievances of the majority of GOP voters, are represented and addressed. Well, that’s exactly what 20 heroes, mainly Freedom Caucus members, did last week. In exchange for holding up the House agenda for five days, they got 60 years’ worth of concessions out of McCarthy and his lieutenants.

Taken as a whole, conservatives will now have the ability to force votes on any piece of legislation that, for years, the party was too embarrassed to bring to a vote. This dynamic will finally bring clarity within the ranks of the party. The game of Republicans running as conservatives, but who then carefully fool their base with superficial legislation while quietly blocking meaningful reforms, is potentially over, pending the final implementation of the agreement with the Freedom Caucus members.

Conservatives will also have the legislative leverage to both navigate and message a proper budget blueprint and stare down Democrats in the face of a government shutdown to force generational change in public policy.

On the investigatory front, conservatives will have the keys to the castle to finally hold hearings and oversight on the aspects of government malfeasance that establishment Republicans were always too leery to touch. This can, in turn, help “red-pill” the public against the current corrupt system and foster a political environment to push much greater change.

Most of all, the effort of these heroes sets an example of how a minority committed to its values can smartly use leverage to demand that the Republican wing of the Republican Party be in the driver’s seat, not the trunk, of what should be the predominantly conservative vehicle in the country. They have changed the game.

Does this mean the establishment will necessarily roll over and support all of our ideas and not try to obstruct them? Not at all. But it does mean we can be in position to force the debates they have sought to avoid for so long. It will induce a “convert or die” moment for many of these “undocumented Democrats” within the ranks of the GOP whereby they will either be forced to go along with us or suffer the fate of Liz Cheney.

All those supermajority red states where the 10-15 conservatives in the chamber languish in a Republican Party that governs like Democrats need to start taking notes on what occurred last week and replicate it in their respective states. They can no longer shy away from chaos and harsh debate within the party and must certainly never miss an opportunity to use leverage points to achieve the objective.

Finally, GOP voters themselves need to do the same during general elections. When unacceptable candidates emerge from primaries, we should not immediately throw ourselves at their mercy and beg them to beat the Democrats for us. Especially in deep red states, they must earn our votes. They must get on our plantation. Hundreds of thousands of registered Republicans should formally pledge not to vote for these candidates — yes, even in the general elections. This will force the candidates to start negotiating with the people, not with K Street and Wall Street.

It appears that we might have gotten our red wave after all. Except this time, the wave is driven by the energy of actual “red” officials.

Louisiana man caught on ‘gruesome’ video sexually abusing a neighbor’s pit bull, police say
It’s TOO LATE for NATO to win the war against Russia… here’s why
Philly bus driver reportedly thwarts carjacking by barreling toward crooks with his 40-foot vehicle, blocking their escape, and scaring them away
Massive great white shark decapitated diver in first fatal attack of 2023: Report
Teacher who was brutally attacked by 9th-grade girl hospitalized, said to be unable to walk; student charged with aggravated battery