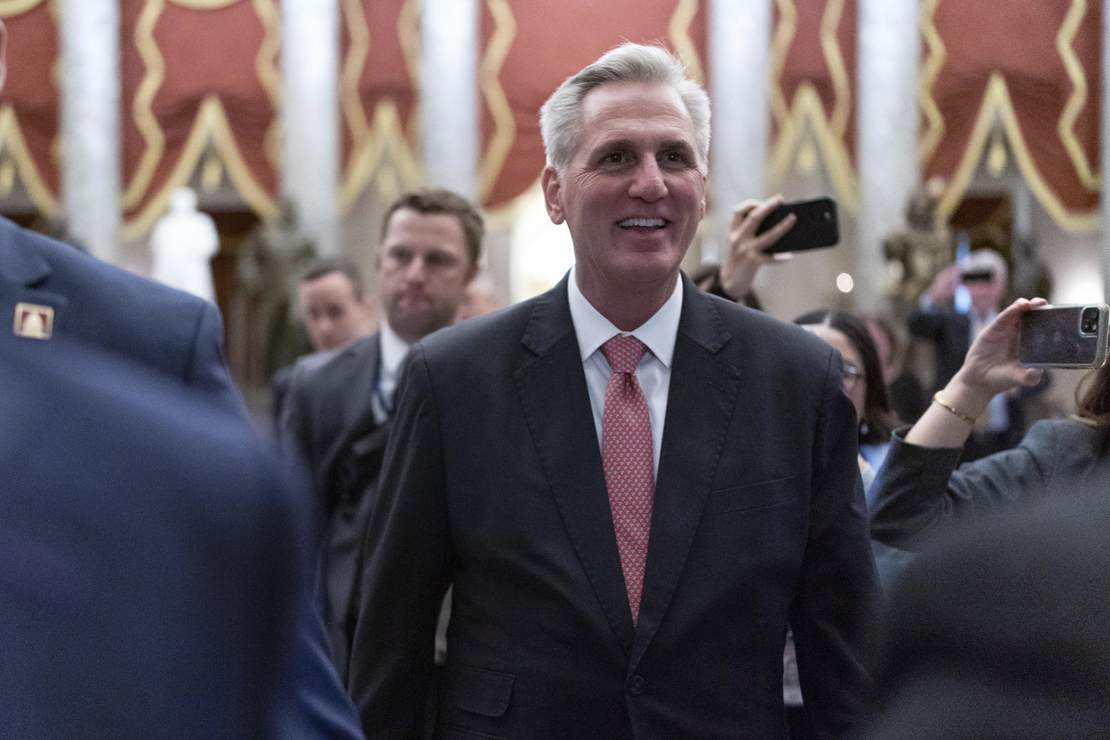 The fight between House Speaker Rep. Kevin McCarthy (D-Calif.) and right-wing Republicans is not over. In fact, we can expect that war to continue every time there’s a significant vote in the House.

I’m going to keep a private tote board on how many times one of the rebels threatens to offer a motion to vacate the speaker’s chair over the next two years when McCarthy won’t do their bidding. I would imagine even some congressmen who are sympathetic to the rebels will quickly tire of these stunts. I mean, it’s not like there’s anything Congress needs to do. The border is secure, the budget is in tip-top shape, there’s no danger that Biden will blunder his way into a war with Russia, and besides 8% inflation and a coming recession, what is there to worry about?

It should be noted that everything McCarthy gave away to secure enough votes to win the speakership won’t make him popular with the members who nearly prevented him from winning. And in the process of winning the speaker election, McCarthy angered and alienated long-time allies who stood by him through the entire process.

Charlie Dent is a former Republican congressman from Pennsylvania who points out that McCarthy lost far more than he gained by winning the speakership.

While congratulations are in order to Speaker McCarthy, the role has been considerably weakened due to the reported concessions he made during this unseemly political shakedown. Clearly, the hardliners exacted more than a pound of flesh from McCarthy and most of the House GOP conference that will make governing exceedingly difficult.

It begs the question: Is surrendering your way to victory really winning? And when will this appeasement ever end, considering it only makes this extremist faction more powerful?

What exactly did McCarthy give up to get his speakership? Aside from allowing a “no-confidence” vote (motion to vacate) when only one member proposes it — a recipe for chaotic government to be sure — the rebels got some plum committee assignments, including three seats on the all-important Rules Committee. They also got a promise from McCarthy to end the practice of bringing trillion-dollar “continuing budget resolutions” to the floor and instead, employ coherent budgeting by bringing all 12 appropriations bills to the floor for a vote. This would be very nice indeed, except the rebels got an extra added bonus: the ability to offer amendments to each and every appropriations bill.

Republicans tried this already, and what happened? The House spent so much time debating individual amendments that they bumped up against the deadline for appropriations. At that point — you guessed it — they were forced to pass a continuing resolution. There’s a better way to budget, including so-called “portfolio budgeting,” which aggregates all spending for topics like education, transportation, and health in one budget package. Right now, education and health spending is sprinkled throughout the budget in different departments. Bringing them under separate “portfolios” would give policymakers and congress a better idea of where the money was going.

Simply repeating the mistakes of previous congresses is not going to solve our budgeting problems and allow the House to cut spending.

So here we are in 2023. The malcontents are still digging in – the only difference now is that there is a smaller governing majority. Actually, there really is no GOP governing majority at all, and the world will learn that soon enough.

A paradigm shift is long overdue. Pragmatic and rational Republican members, who bristled at the concessions McCarthy handed to Gaetz and his ilk, must force a course correction and change the dynamics.

In this case, retribution is a dish best served piping hot. It’s time for rational House Republicans to push back and use their leverage – starting with the rules package. They should give the chaos caucus a taste of their own medicine and say no until their reasonable demands are met.

A “taste of their own medicine?” The “rational” House Republicans wouldn’t be very rational if they blew up the House over rules that McCarthy himself promised the rebels.

The best we can hope for in the coming two years is that no lasting damage to the House will occur. We shouldn’t hope that anything of substance is going to be accomplished by this Congress with a Republican Party so divided and at each other’s throats.

A&W Restaurants parodies announcement from M&M’s, jokes about putting jeans on cartoon bear because ‘even a mascot’s lack of pants can be polarizing’
American Fashion Model Jeremy Ruehlemann Dead at 27
BREAKING: McDaniel defeats Dhillon and Lindell in RNC chair race
Diversity Day: Journos Lobby for Minority Chief of Staff, Cops Having ‘Comfort’ With Violence
ADMISSION: Pfizer executive says company is purposely mutating covid through “directed evolution” to keep profit stream flowing; “covid is going to be a cash cow for us”