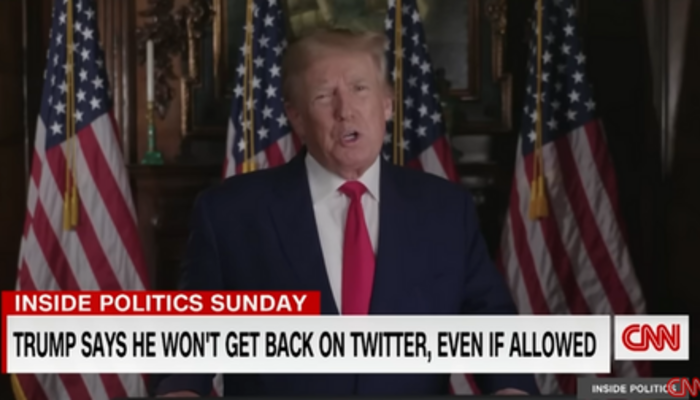 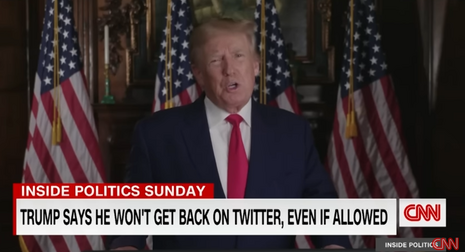 CBS News reported Friday that Meta is considering allowing Trump to return to the platform. He was originally suspended after the Jan. 6, 2021 Capitol Hill Riot. At the time, Facebook CEO Mark Zuckerberg claimed that Trump provoked “violence,” when the former president actually told his supporters to “stay peaceful.” Facebook’s Oversight Board upheld the ban in May 2021.

Trump stated on his platform Truth Social a day before the CBS News report that “[m]aybe [Meta’s] first step should be to get away from the ridiculous change in name to Meta, and go back to ‘Facebook.’” He continued: “Whoever made that decision, and the decision to take me off, will go down in the Business Hall of Fame for two of the worst decisions in Business History!’”

Facebook executives have hinted at reinstating Trump in the past. Last year, Facebook Global Affairs President Nick Clegg said that the platform might allow Trump back on the platform when the ban expires. “When you make a decision that affects the public realm, you need to act with great caution,” he said.

Trump alleged on Truth Social that Facebook “has been doing very poorly since they took me off” and has “become very boring.” But Facebook is not the only Big Tech platform to have reconsidered its position on outrageously silencing the 45th president of the United States.

At the direction of owner Elon Musk, Twitter reinstated Trump’s account in November, although he has yet to use it. Musk’s decision to reinstate Trump’s account was one of his first actions as a part of his plan to dedicate the platform to free speech. It remains to be seen if Facebook will follow suit.