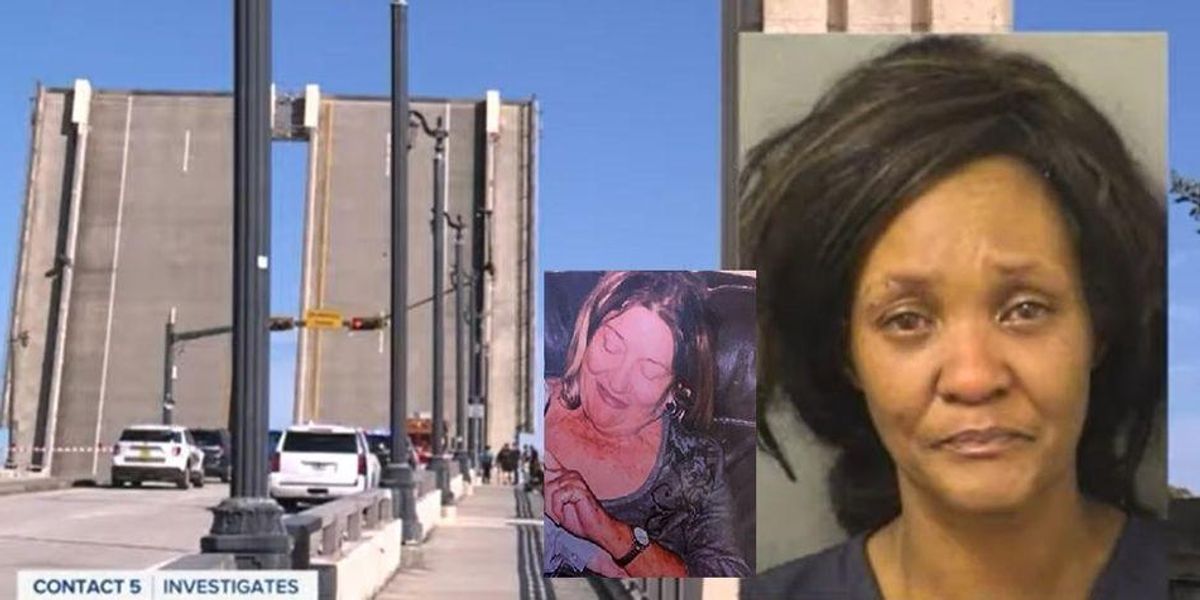 A Florida drawbridge operator on duty when an elderly woman, trapped on the bridge, plunged to her death has pled guilty to her role in the incident.

Around 1 p.m. on February 6, Carol Wright, 79, was walking her bicycle across the Royal Park Bridge, a drawbridge which connects the island of Palm Beach to West Palm Beach on the Florida mainland. All of a sudden, just as Wright had crossed over the apex of the bridge, it began to open, and Wright immediately grabbed hold of the only thing available: a concrete railing.

A witness on a skateboard, Diego Us Pu, was nearby and was able to grasp Wright for a moment. Unfortunately, Us Pu had no means of bracing himself, and Wright sadly plunged more than 40 feet to her death.

“She’s trapped … tries to clasp onto the rails as the bridge is lifting,” said attorney Lance Ivey, who is representing Wright’s family. “She’s trying painfully to hold on with her 79-year-old hands. Her arms are weak and tired, trying to hold on.

“She gave it a valiant effort, but unfortunately, her 79-year-old arms and hands gave way, and she falls,” he added.

Now, the woman who opened the bridge on that fateful day has pled guilty to manslaughter. Artissua Paulk, 43, was the bridge tender on duty when Wright fell. Paulk initially told police that she had followed all of the proper protocols for raising the bridge, including making three separate observations of the bridge from the operator’s balcony. However, an investigation indicated that Paulk had not made any physical observations of the bridge for that particular opening, and an examination of Paulk’s cell phone suggested that she had sent and received several incriminating text messages regarding the incident:

Paulk has pled guilty to manslaughter and has been sentenced to time served plus two additional days. She will also have to perform 200 hours of community service and remain on probation for eight years.

Members of the Wright family were in court for Paulk’s plea hearing, and reports indicate that they approved of the deal that prosecutors had reached with her. The family has already received an $8.27 million settlement from the company which operates the bridge, the National Desk reports.

The supervisor has not been charged with any crime.

Chris Wallace Has Worst Ratings Month Since Launch Of CNN Show
New York Times Argues that Classified Documents Are No Big Deal Unless President Trump Is Involved
Diversity Day: Journos Lobby for Minority Chief of Staff, Cops Having ‘Comfort’ With Violence
Inhumanity Was on Display in Memphis
We Are Not ‘At the Brink of World War III’ — At Least Not Yet