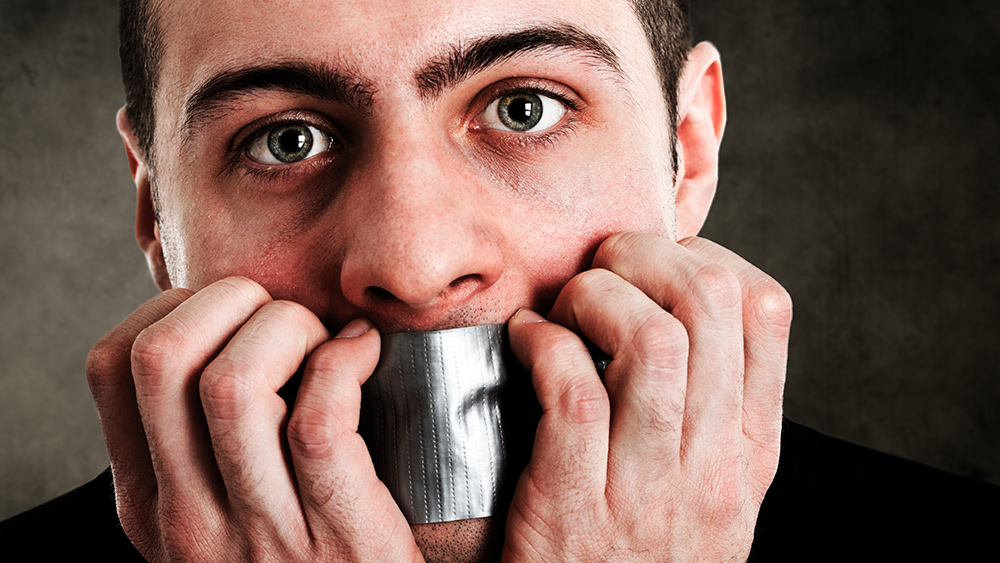 (Natural News)
A noted legal group has filed a lawsuit against the state of California over a law signed by Democratic Gov. Gavin Newsom in September that bans physicians, under penalty of law, from discussing what liberal bureaucrats have deemed COVID-19 “misinformation.”

According to the language of the legislation, Assembly Bill 2098 authorizes the Medical Board of California and the Osteopathic Medical Board of California to “designate the dissemination of misinformation of disinformation related to the SARS-CoV-2 coronavirus as unprofessional conduct.” In addition, the legislation does not take into consideration the growing body of evidence demonstrating that the mRNA shots can be even minimally harmful or life-threatening.

Two physicians represented by the Liberty Justice Center filed the suit in the U.S. District Court for the Central District of California against the Medical Board of California and the Attorney General of California, according to a report from UncoverDC.

Mark McDonald, MD, a Los Angeles psychiatrist, and Jeff Barke, MD, an Orange County primary care physician, also filed “papers seeking a preliminary injunction to protect their free speech rights as the case unfolds,” the outlet quoted a press release from the legal group as saying. Some legal experts believe that the California legislation is a violation of the Constitution’s freedom of speech clause under the First Amendment, amounting to what has been described by doctors as a “giant gag order to physicians” which could lead to an exodus of doctors from the Golden State.

“Science is not static. By its very nature science is constantly evolving and the subject of unending debate,” the Liberty Justice Center press release continued.

“That was accepted in medical and academic circles prior to the politically driven reactions to COVID-19. However, over the past two years, politicians and public health officials have named themselves the arbiters of ‘scientific consensus,” the release from the legal organization continued.

“Now, a new California law places even more power in the hands of bureaucrats to determine acceptable medical treatments and advice. Assembly Bill 2098, signed by Governor Gavin Newsom on September 30, 2022, authorizes the Medical Board of California to pursue professional sanctions and even license revocation against doctors who share information about COVID-19 that challenges the ‘scientific consensus,’” it added.

Under the terms of the new law, Assembly Bill 2098, the Medical Board is authorized to punish doctors who share “misinformation” with their patients, and then defines “misinformation” as anything that “is contradicted by contemporary scientific consensus.” Of course, throughout the COVID-19 pandemic, the Centers for Disease Control and other public health authorities have constantly shifted their public presentation of the scientific data. Governor Newsom himself closed schools and even outdoor spaces— policies now widely acknowledged as unscientific and harmful.

Two doctors are standing up against the power grab by California bureaucrats to protect physicians’ free speech rights and to ensure they can advise their patients without interference.

Drs McDonald and Barke with Liberty Justice have filed this bill against CA AB2098. McDonald is the author of “United States of Fear” and “Freedom from Fear” with Dr. McCullough back-cover. These doctors are taking the correct bold step to break this grip of totalitarianism. pic.twitter.com/g8U7IEWXtu

In an interview in October with KUSI, Barke called the legislation “unAmerican and totalitatarianism.”

“You know, the reality is there’s no such thing as scientific consensus. Unless, of course, you censor all the doctors that disagree with the government, which is exactly what they’re trying to do. Science is the opposite of consensus. It’s challenging consensus,” he added.

Here’s hoping their lawsuit is successful — before California loses doctors it can’t afford to lose.

On Tomboys and Sissies
WEF globalists brag about hackable humans: “We can decode faces in your mind, your PIN number to your bank account”
Ukraine’s Allies Losing Patience Over Germany’s Reluctance to Send Tanks to Kyiv
Joy Reid Compares DeSantis Banning CRT & Grooming to ‘Cultural Genocide’
Rhode Island assistant principal asks for donations to help student pay off ‘coyote’ who smuggled him into the US