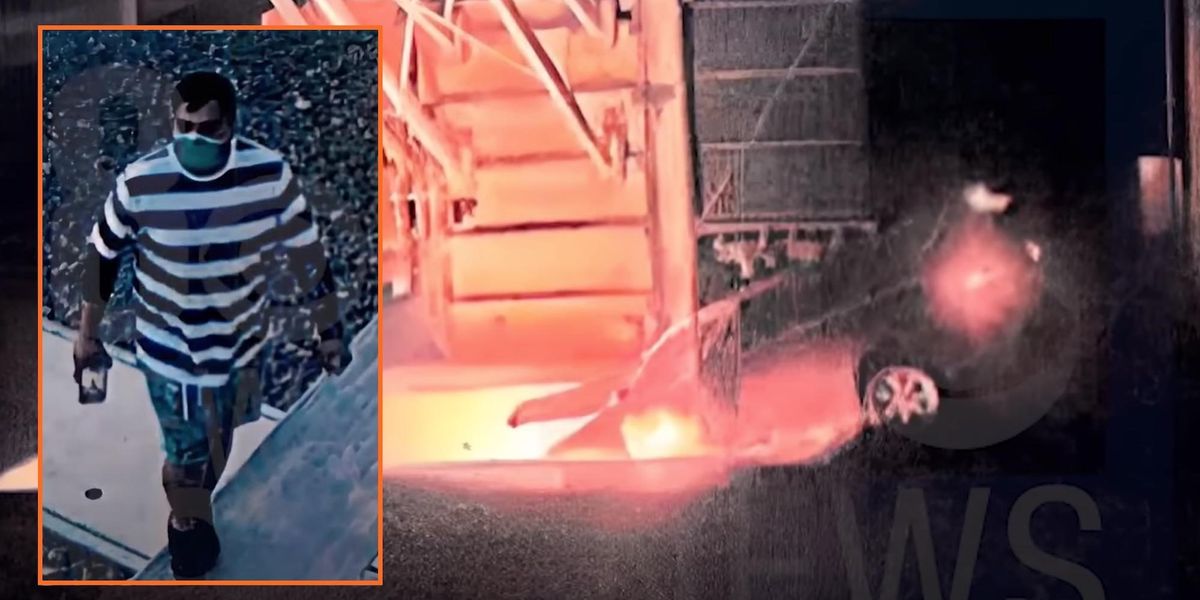 A man disabled a large solar power plant in Las Vegas, Nevada, by setting his car on fire after breaking into the facility, according to police.

Las Vegas Metro police said they were called to the Mega Solar Array facility on Wednesday at about 11:30 a.m. after employees found a car smoldering in a generator pit.

Documents obtained by KLAS-TV said that the driver of the car was identified as 34-year-old Mohammad Mesmarian and that the car was registered in Idaho.

Investigators said that surveillance video showed Mesmarian setting fire to the car at 12:00 a.m. Wednesday after they suspect he had rammed the fence earlier on Tuesday afternoon. He reportedly sat in a chair and watched the car burn for about 15 minutes before walking away.

Police said they found the man at a campground on Boulder Beach at Lake Mead the next day about 30 miles away from the facility.

Police also said he told them that he was born in Iran. Investigators found an iPhone in the car belonging to Mesmarian and also two laptops.

The solar array facility provides power to MGM properties but has been shut down due to the damage sustained in the attack.

A spokesperson for Invenergy, the company that runs the power plant, released a statement saying no one was injured in the incident.

“Following an incident at the Mega Solar Array facility, on-site personnel immediately notified authorities and shut down the plant’s operations as a precaution in accordance with industry-standard safety protocols,” the statement read.

Mesmarian was arrested on terrorism charges, including first-degree arson and third-degree arson, and denied bail.

Some critics online noted that the story did not appear to get as much coverage in the mainstream news as other, less important stories.

Here’s a local news report about the terror incident: