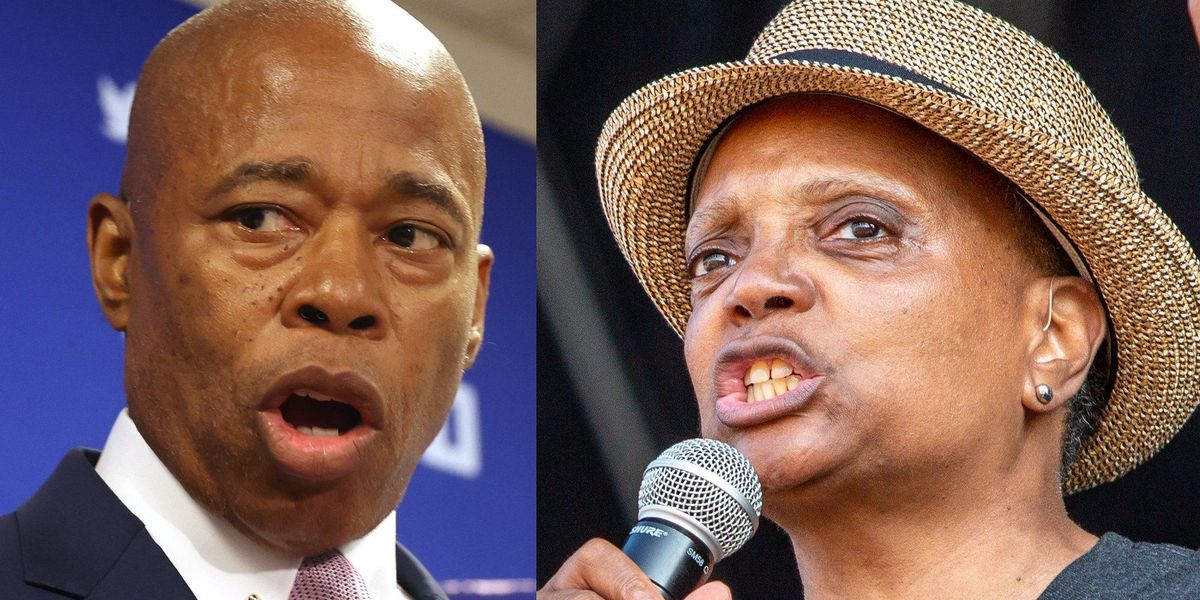 The letter to Colorado Gov. Jared Polis, also a Democrat, from Mayors Lori Lightfoot and Eric Adams was first reported by Bill Melugin of Fox News.

Polis had announced that Colorado was busing migrants to other cities after a survey showed that many didn’t consider Denver to be their final destination. Lightfoot and Adams fired off a combative letter demanding that he stop sending migrants to their cities.

“Colorado must reconsider its decision to send people, who are sheltered and receiving services from Denver-based community organizations, out of state, and particularly to cities like ours,” the letter wrote.

“We have seen your statements in the media that you are simply accommodating the wishes of migrants to come to cities like New York and Chicago,” they added. “However, you are sending migrants and families to New York City and Chicago that do not have any ties, family members or community networks to welcome them.”

Adams was outraged that New York City had to receive migrants from a state with a Democratic governor after decrying Republican governors doing the same.

He went on to demand that the federal government take up the slack.

“What’s callous is how we have been ignored as a city. And now I have to make tough decisions on the resources of New York,” Adams continued. “It is time for the federal government to step up.”

Critics of “sanctuary cities” have mocked and ridiculed liberal lawmakers who are now complaining that their social services are overburdened by migrants. Among those is California Gov. Gavin Newsom, a Democrat, who said in December that the liberal-controlled state was overwhelmed by illegal aliens.

“The fact is what we’ve got right now is not working, and it’s about to break in a post-42 world unless we take some responsibility and ownership,” said Newsom, referring to a Trump-era immigration policy that kept most asylum applicants in Mexico.

Here’s more about the letter from NYC and Chicago: