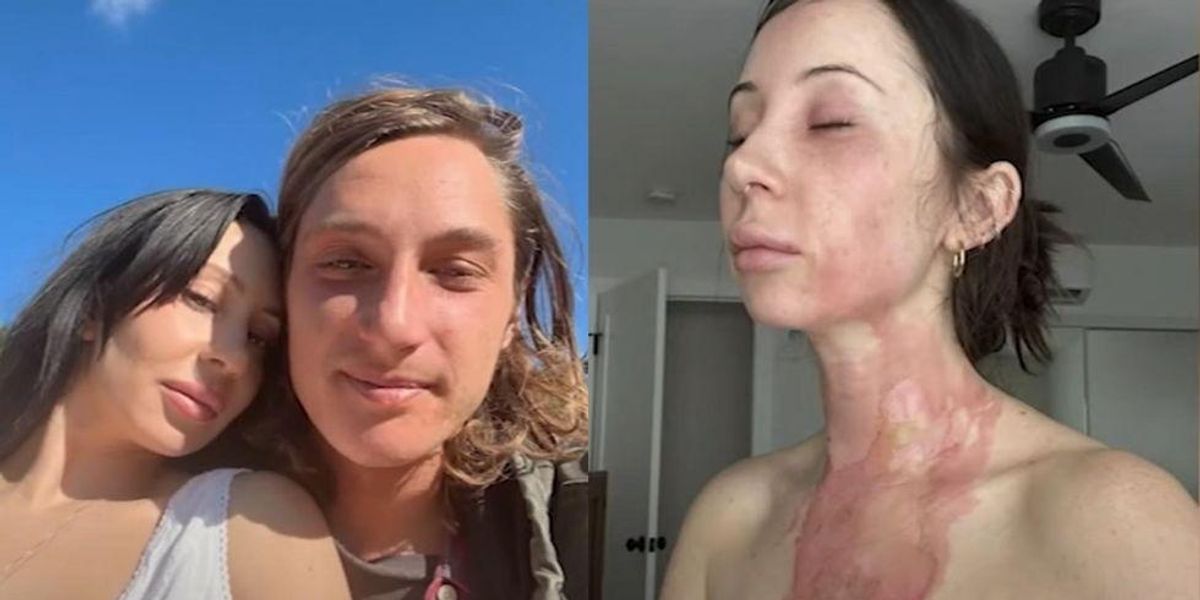 A bizarre intruder attack left a woman with second and third-degree burns and prompted her and her boyfriend to move from Los Angeles, California.

Nicole Lucas and Davis Sarvey told KABC-TV that they were returning home from celebrating her birthday on Thursday when they encountered a strange man in their apartment in Koreatown.

The intruder splashed a pot of boiling water on Lucas, which burned her on her face, neck, and chest. She screamed for help and grabbed their two dogs to protect them from the man.

When Davis tried to get inside the apartment, the man slashed at him with a knife from their kitchen.

“He swung the knife at me from two or three feet away,” Sarvey said.

They discovered that the intruder had destroyed many of their possessions and even defecated on their floor.

“He ransacked our whole house, destroyed a bunch of plants,” Sarvey said.

They were able to get a photograph of the intruder as he fled. He was later arrested with the help of neighbors who had called the police. Police identified the suspect as Gonzalo Martinez, who was charged with assault with a deadly weapon and burglary. His bail was set at $130,000.

In a GoFundMe campaign, a friend of the couple says that Lucas had to wait several hours to be treated at a local hospital.

Lucas and Sarvey said they decided to leave Los Angeles after the attack and move back to San Diego with their dogs Rufus and Ophelia.

“It was definitely, I think a hard choice for us to decide to leave L.A. because it was somewhere we really loved living,” said Lucas.

“I feel very lucky that all that happened, that I got burned,” she added, “like we could have been stabbed or he could have had a worse weapon, and could have killed our dogs.”

Here’s a local news report about the harrowing incident:

Biden Refuses To Shoot Down Suspected Chinese Spy Balloon Hovering Over Montana for Days
Director of homeless shelters says handouts make homelessness worse, and outraged activists want him fired
Biden sends 31 Abrams M1 tanks to Ukraine after previously warning that doing so would lead to World War III
Republicans Can’t Afford any ‘Unforced Errors’ Candidates in 2024
TikTok’s ‘pansexual’ COO identifies as ‘both a woman and non-binary’ and is rearing ‘kids in a same sex household’