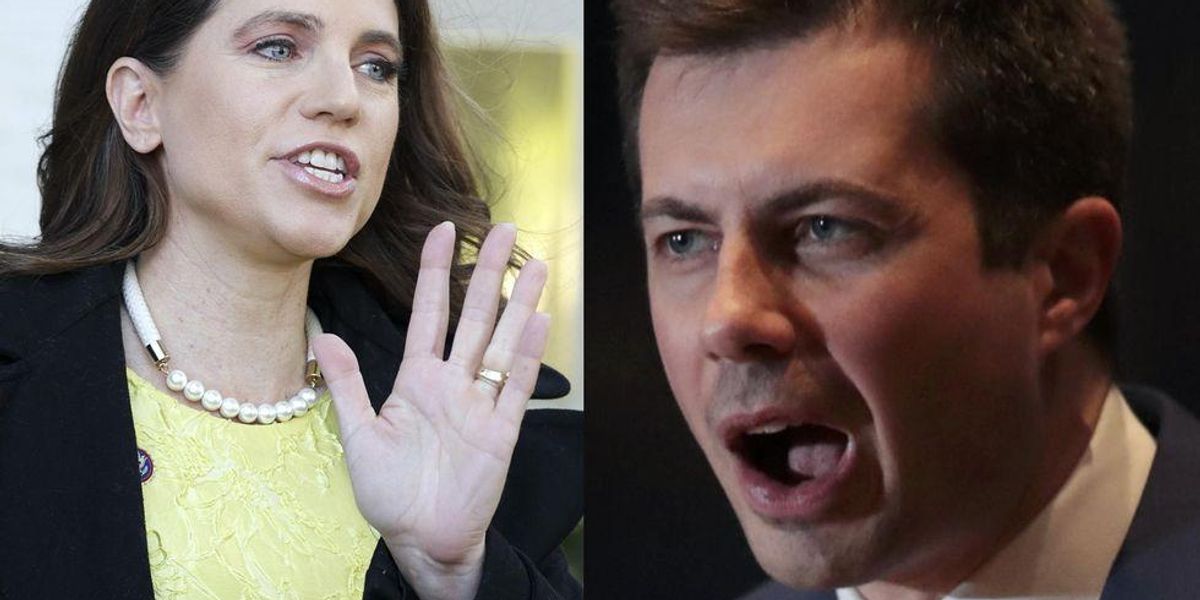 Republican Rep. Nancy Mace of South Carolina filed legislation that would force Transportation Secretary Pete Buttigieg and his staff to fly commercial airlines until the Federal Aviation Association and the Southwest Airlines fiasco is solved.

“In the past six months Sec. Buttigieg has flown private approximately 20 times. So, until the issues with Southwest and the FAA are investigated and resolved, he and his staff should be required to fly commercial just like every other American,” read a press release from Mace’s office.

While many airlines were forced to cancel some flights due to inclement weather over the holiday season, Southwest cancelled thousands of flights and earned the ire of many angry passengers.

Mace excoriated Buttigieg for claiming that the FAA was doing its job well.

“If according to Sec. Buttigieg, on MSNBC earlier today, the FAA systems are constantly being updated, and if they’re so good, then why is he flying private all the time?” said Mace in the press release.

“Until we see the Southwest Airlines debacle investigated; until the FAA software glitches are fixed; and until we complete the FAA reauthorization later this year, the Secretary of Transportation should be required to fly commercial just like everyone else,” she added.

Fox News said the Department of Transportation reported that Buttigieg took 129 flights for the department and 111 of those were on commercial airlines.

While many criticized Buttigieg as the head of the Transportation Dept., some on the left, like Fox News contributor Richard Fowler, blamed capitalism in an attempt to exonerate the Biden cabinet official.

“To blame Pete Buttigieg for the fact that Southwest can’t manage their planes is ridiculous,” said Fowler. “Once again, this is about capitalism and an airline that cannot manage it.”

Mace is a Republican member of the House Committee on Transportation and Infrastructure.

3-year-old found shivering in ‘deplorable’ conditions after his parents die on their front porch. Police suspect they overdosed.
Hollywood Actress Annie Wersching, Best Known For Roles in ’24’ and ‘Star Trek,’ Dead at 45
Anti-Semitic MSNBC Claims Israel Turned West Bank Into An Apartheid
Eric Swalwell Brutalized on Twitter After Asking GOP Colleague Why His ‘Gun’ is So ‘Small’
Celebrations fast turn into injuries as Eagles fans come crashing down