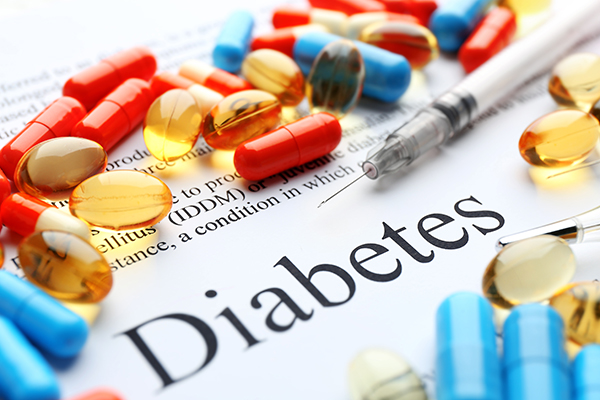 (Natural News)
On December 21, 2001, pharmaceutical giant Pfizer Inc, agreed to settle a lawsuit over the diabetes drug Rezulin (troglitazone) after a jury awarded $43 million to a Texas woman whose liver was destroyed by the medication.

Margarita Sanchez was reported to have been on a transplant waiting list since her liver failed after she took Rezulin for two months in 1999. The said settlement was the first of a series of payouts involving the drug that has been blamed for 63 deaths and dozens of other serious liver failures worldwide.

Rezulin, introduced in March 1997 by Pfizer’s marketing unit Warner-Lambert, was hailed as a “breakthrough treatment for adult-onset diabetes,” a disorder that occurs when the body stops metabolizing insulin blood sugar. Three years later, the filing of around 2,000 product liability suits began.

The medication was approved by the Food and Drug Administration (FDA) for the treatment of diabetes in January 1997 on the basis of a “fast-track” review of six months. It marked the agency’s fastest approval of a diabetes pill. In less than three years, it generated sales of $2.1 billion. (Related: Fast-Track FDA Drug Approvals Leads to Deadly Drugs Entering Market.)

Pfizer was acquitted in the first Rezulin lawsuit, which involved the death of a 58-year-old woman. Senior FDA officials stood behind the drug despite a mounting death toll and the drug’s absence of proven lifesaving benefits.

In Sanchez’s case, the New York-based pharma argued that hepatitis caused her liver problems. Following the jury’s $43-million award of compensatory damages, Pfizer said it would appeal. But, while the jury was deliberating the assessment of punitive damages against Pfizer, the company agreed to settle the case.

“Despite the fact that Pfizer complained bitterly that they were not afforded a fair trial, it took them only four hours to settle this case after the verdict came in,” Michael Papantonio, Sanchez’s lawyer, said. Papantonio said he could not disclose the settlement amount, while a spokesman for Pfizer said he also was bound by a confidentiality agreement.

In a Securities and Exchange Commission filing in November 2001, Pfizer said it faced 105 class-action suits in state and federal courts seeking either medical monitoring of people who had taken Rezulin or damages or restitution for those patients as well as individual cases on behalf of 4,500 patients and about 8,400 claims for compensation.

A few years into the ongoing Rezulin cases, Pfizer scored one win in the protracted liability battle over injuries related to the shelved Rezulin. Back in 2007, the U.S. Supreme Court (SC) said it will consider granting Warner Lambert the right to appeal against a lawsuit by patients who claim they experienced adverse effects.

Pfizer’s subsidiary company was trying to overturn the decision by a New York appeals court to allow plaintiffs to proceed with liability claims in a Michigan state court.

PharmaTimes World News reported in February of the same year how Michigan’s House of Representatives had voted to repeal an 11-year-old law that gave pharmaceutical manufacturers protection against “unreasonable” lawsuits.

New York’s 2nd U.S. Circuit Court of Appeals said product liability against drug companies should only be waived in exceptional circumstances. The court ruling stated: “Because of its important role in state regulation of matters of health and safety, common law liability cannot be easily displaced in our federal system.”

The NY verdict overturned the 2005 ruling by U.S. District Judge Lewis Kaplan, who stated that pharmaceutical companies were not liable in such cases unless there was evidence the company misrepresented or withheld material information in obtaining approval from the FDA for the drug.

At that point, Pfizer urged the high court to overturn the appeals court’s ruling and interpret federal law in a way that would make it more difficult for consumers to sue under state laws over injuries linked to prescription medicines.

Watch the video below that talks about Rezulin’s rise and fall and its uncanny similarities to the COVID-19 vaccine.

This video is from the Truth or Consequences channel on Brighteon.com.

Pfizer’s business model is to create the sickness and sell the “cure.”