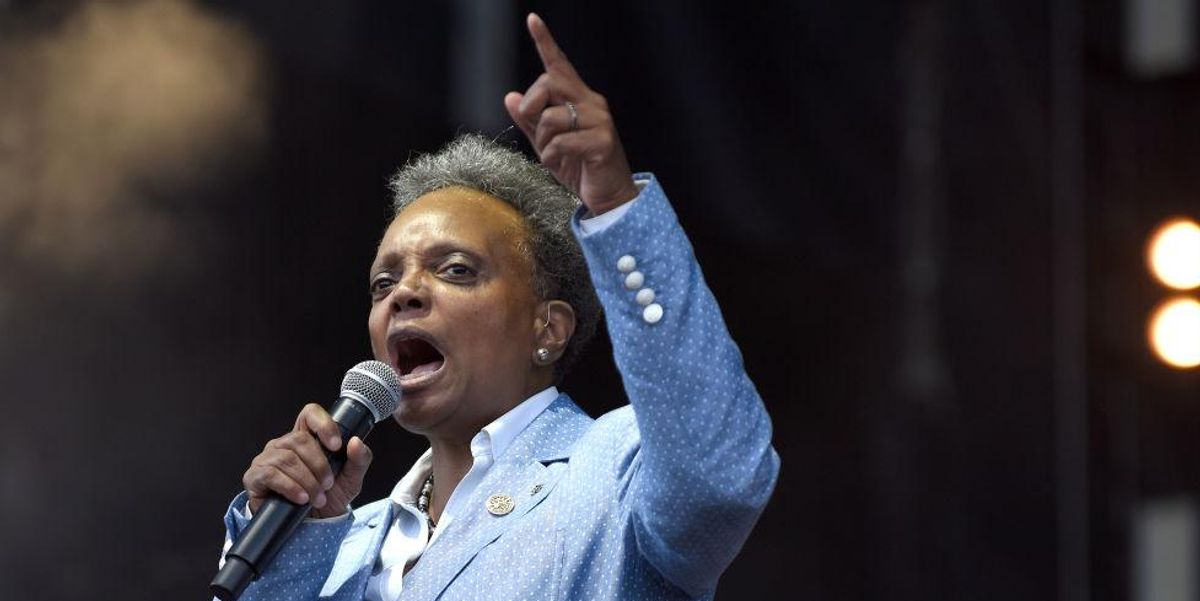 On Thursday, Chicago Mayor Lori Lightfoot (D) pointed blame at “a young staffer” for a recent scandal regarding political outreach emails sent to local teachers that encouraged them to ask students to volunteer on Lightfoot’s reelection campaign in exchange for class credit, WTTW reported. Despite previous statements from the mayor’s campaign defending the move as “common practice,” Lightfoot backpedaled, calling the emails “clearly a mistake.”

WTTW broke the story on Wednesday that Lightfoot’s deputy campaign manager sent emails to Chicago Public Schools teachers pressuring them to ask students to help the mayor win her upcoming reelection campaign by volunteering 12 hours per week in exchange for class credit.

In August, Lightfoot’s campaign sent similar emails to the City Colleges of Chicago, which prompted at least one teacher to file an ethics complaint. However, it is unclear whether an investigation was launched.

“As the race heats up, we’re looking to enrich our office through what we call our externship program. Could you please share this opportunity with your students?” the email read. “We’re simply looking for enthusiastic, curious and hard-working young people eager to help Mayor Lightfoot win this spring.”

“As a rule, the district does not coordinate with any political candidates or campaigns. It has not done so to date and will not be doing so,” a Chicago Public Schools spokesperson told WTTW.

A campaign spokesperson told WTTW that the emails were meant “to provide young people with the opportunity to engage with our campaign, learn more about the importance of civic engagement and participate in the most American of processes.”

Lightfoot’s campaign also claimed it is “a common practice that has been utilized in city, state, and federal level campaigns for decades.”

In a later amended statement, the campaign said, “All [Lightfoot for Chicago] campaign staff have been reminded about the solid wall that must exist between campaign and official activities and that contacts with any city of Chicago, or other sister agency employees, including CPS employees, even through publicly available sources is off limits. Period.”

The mayor made her first public remarks regarding the emails on Thursday, calling the campaigns’ actions “clearly a mistake.”

“The outreach to the CPS teachers via their emails was a mistake, should not have happened, and is not going to happen again,” said Lightfoot.

She pinned the blame on a “younger staffer” and claimed her campaign’s leadership was unaware of the emails, even though the emails listed Lightfoot’s deputy campaign manager as the sender. She added that the “well-intentioned” staffer would not be fired.

“This young woman understands the magnitude of the issue and is, frankly, mortified,” Lightfoot said. “She gets it, 100%.”

According to Chicago Public Schools inspector general Will Fletcher, his office “has opened an investigation into this matter and we are currently gathering information to determine which, if any, policies have been violated.”

Lightfoot stated that she plans to “cooperate fully” with any investigation.