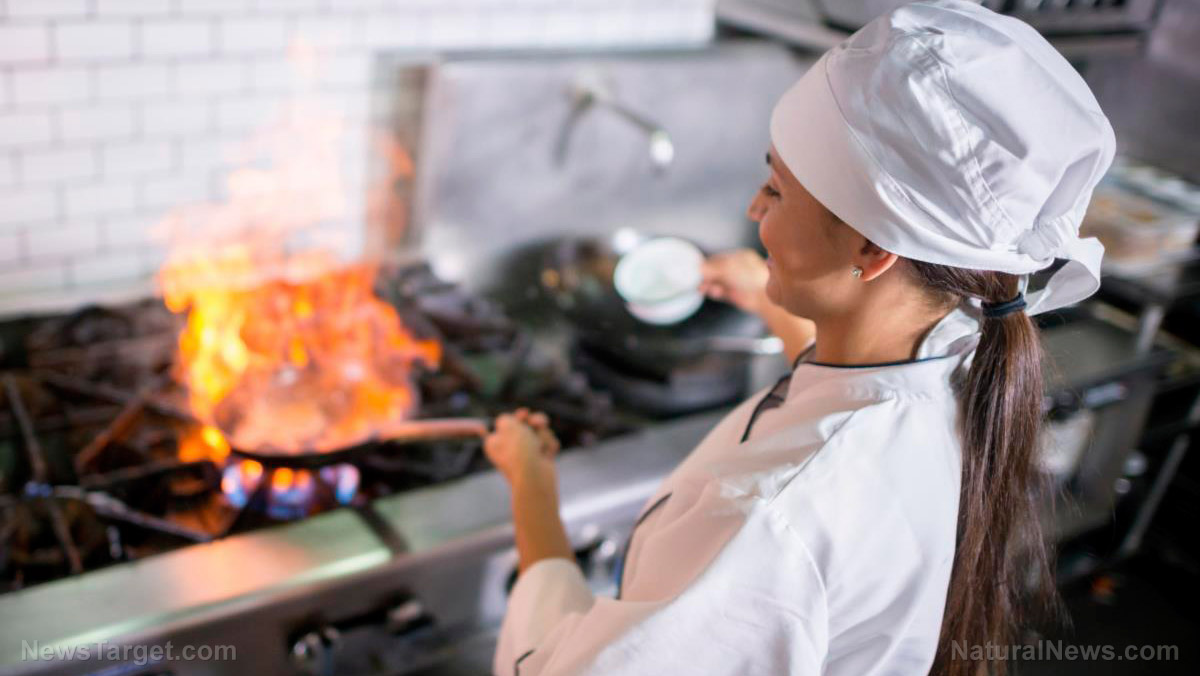 Supposedly to prevent “global warming” and “brain damage,” Hochul and other left-wingers want only electric cooking appliances to be allowed in new construction. Were that to actually happen, cafes and other eateries would no longer be able to run their businesses.

“For 35 years, we’ve been attacked by everybody,” Morfogen told Carlson. “We had organized crime in our industry in the ’30s, ’70s, ’80s and ’90s. In the 2000s, we had corrupt Wall Street, and for the last three years we’ve had government overreach.”

“I mean, we’ve seen it during covid – they did things and never followed the science and what’s going on. I heard a rumor about this last year, and what I’m hearing about today from the White House to Gov. Hochul, that they want to make us, for new restaurant construction, use electric stoves.”

Not only would gas stoves be banned in new construction under Hochul’s plan, but so would gas heaters. Everyone would be forced to use costly and highly inefficient electric cooking and heating appliances, which would also place enormous strain on the electrical grid. (Related: In Europe, the ongoing energy crisis is causing some to have to burn wood for warm meals and heat.)

According to Hochul and other Democrats, the planet’s climate is supposedly changing because of gas use. In order to stop the climate from changing, electric must be the only source of energy used – even if it comes from coal, ironically enough.

“So let me explain it to you: we lose 40 percent productivity by using electric,” Morfogen further stated. “If they inquire with small business owners, I’ll give them three pieces of advice: get a stronger filtration system; get a hood system that works; and, basically, train your staff how to maintain it.”

Citing a single study claiming that gas stoves contribute to 12.7 percent of all cases of asthma in children, the Consumer Product Safety Commission (CPSC) is attempting to implement a nationwide ban on gas stoves – because freedom of choice is not one of that group’s values.

“For 35 years, we continuously have obstacles in running our industry,” Morfogen added during the interview.

“I’ve got to tell you, Tucker – and I want to thank you for supporting small business – since the last time I was on, you inspired me to write the book. And I’ve got to tell you, our journey is constantly being attacked, like, we’re vulnerable and this is the crème de la crème, because I will tell you, this will destroy our industry just as bad as they attempted to do with covid.”

If you are interested in watching the Tucker Carlson segment featuring Morfogen, you can do so at this link.

Bearing the nickname “Golden Greek,” Morfogen has owned and operated a number of top restaurants in New York City – at least 41 of them, in fact. He told the New York Post last summer that thievery, economic downturns, demolition problems, and changing neighborhoods are among the many reasons why his restaurants have come and gone over the years.

“Our industry was then like the Wild West,” he explained. “There comes a knock on the door and you have to pay protection so the mob doesn’t break your window or your manager’s legs.”

The new mob, apparently, are Democrats and their “green” tyranny solutions to climate problems that are entirely nonexistent outside of their own deranged heads.

The latest news about the Democrats and their hair-brained ideas can be found at Libtards.news.