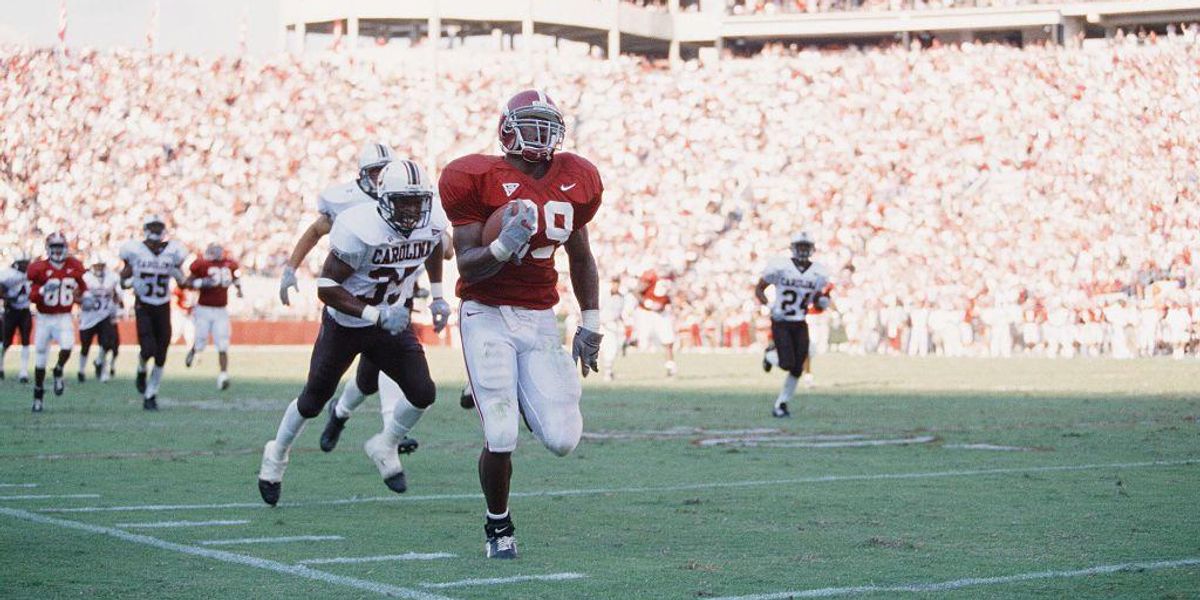 Former Alabama star running back Ahmaad Galloway died suddenly this week at the age of 42.

Galloway was an eighth-grade English teacher at Compton-Drew Middle School in St. Louis, Missouri. When Galloway unexpectantly did not show up for work, the school contacted authorities. Police conducted a welfare check and found the former football star dead in his apartment on Monday.

Compton-Drew Middle School principal Susan Reid told WVTM-TV, “Ahmaad was always on time, very responsible, so we knew something might be wrong. There wasn’t anything disrupted at Ahmaad’s apartment, so we are thinking that it could have been a medical issue.”

“The medical examiner is working to find out how Ahmaad died,” Reid said of Galloway’s sudden death. “The family is coming together from different parts of the country before deciding on funeral arrangements.”

Galloway’s official cause of death was not revealed as of yet.

Galloway is survived by his two children, Austin and Aubrey.

Reid said the door to Galloway’s classroom would be kept shut out of respect.

Kimberley Slaughter, Galloway’s sister, said of her brother, “Ahmaad was always quiet and humble. My brother loved football growing up and later loved his children Austin and Aubrey.”

Galloway’s cousin, Monaco Houston, revealed, “Growing up he always said that he was going to reach the NFL, and he did. He had a quiet smile – he was very shy. As he grew, he was always great with kids – he was loved very much.”

Former Crimson Tide linebacker Marvin Constant said, “We talked frequently about life, not football. We talked just a week ago and he sounded great. We have been very close since 2002 when we spent time together rehabbing our knee injuries.”

Former Alabama offensive lineman Griff Redmill said, “When Ahmaad arrived at Bama, he was humble, yet mature beyond his years. He was mature and very put together — I knew right away that he was a person that could be my friend for life.”

The Tennessee native played football at the University of Alabama for four years. Between 1999 and 2002, Galloway racked up 1,830 rushing yards and 17 touchdowns for the Crimson Tide. However, Galloway suffered a season-ending knee injury in his senior year that limited him to only four games.

Despite the disappointing senior season, Galloway was drafted by the Denver Broncos in the 2003 NFL Draft. Galloway’s previous knee injury sidelined him in his first year in the NFL.

Upon recovering from his injury, Galloway played for the Scottish Claymores in the NFL Europe league. Galloway was traded to the San Diego Chargers, but never played a down in the NFL. Galloway last played professional football in 2005 with the Frankfurt Galaxy in Europe.