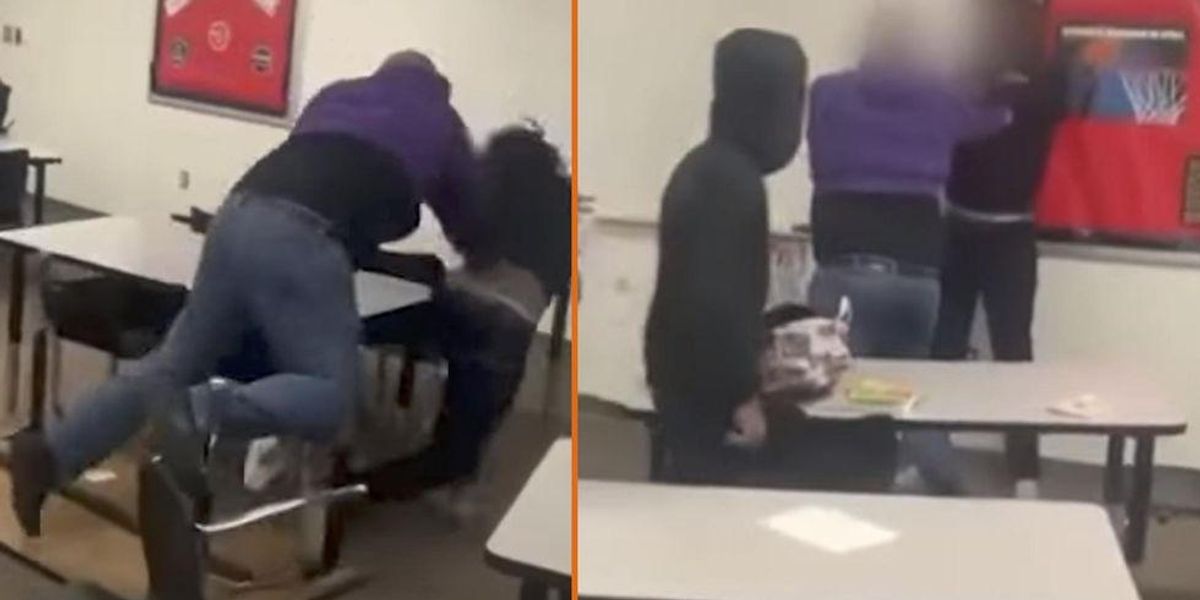 Police are investigating an altercation between a Texas teacher and a student caught on video, and the district has placed the teacher on leave.

The incident unfolded on Wednesday at Humble High School.

Cellphone video showed a teacher grabbing a student and slamming him against the wall before other students surround the two.

Elvert Bolden, the father of the student, told KRIV-TV the teacher taught English at the school and that his son was in 10th grade.

“You see the students trying to get the teacher off of him, and he’s steady yelling why are you putting your hands on me. Then the teacher slams him on the ground and the teacher gets on top of him,” Bolden said.

“I want him arrested, charges filed,” he continued. “I want his teacher’s license revoked. I don’t want him to be able to go to any school in any state and be able to teach another child in the event he may do this again. If I would have put my hands on my baby I would have been in jail.”

Bolden said that the district told him there was a substitute teacher in the classroom when the incident happened.

He says the English teacher went into the classroom to tell his son he was being too loud and then antagonized him.

The Humble Independent School District released a statement about the incident, saying the teacher is unlikely to return to the classroom.

This should not have happened. It is unacceptable. The teacher has been put on leave. An investigation is underway, and it is unlikely he will be returning when the investigation concludes.
On January 11, 2023, the teacher was helping out in another classroom when he used physical force to try to get a student to take a seat and listen. These actions are unacceptable and contrary to standards and expectations for all employees.

It added that police are investigating the incident.

Here’s the video of the school altercation:

MSNBC host says being in US Capitol after Jan. 6 ‘feels like a visit to an historic battlefield’
Biden Admin Debased Itself With Bogus Claim on Chinese Spy Balloons
Less than half of Democrats want Biden to run in 2024: Poll
Evacuation area extended: Black smoke billows as crews release toxic chemicals from derailed tankers in Ohio
MSNBC’s Wagner: McCarthy’s GOP Wants to Subvert The Will of The People