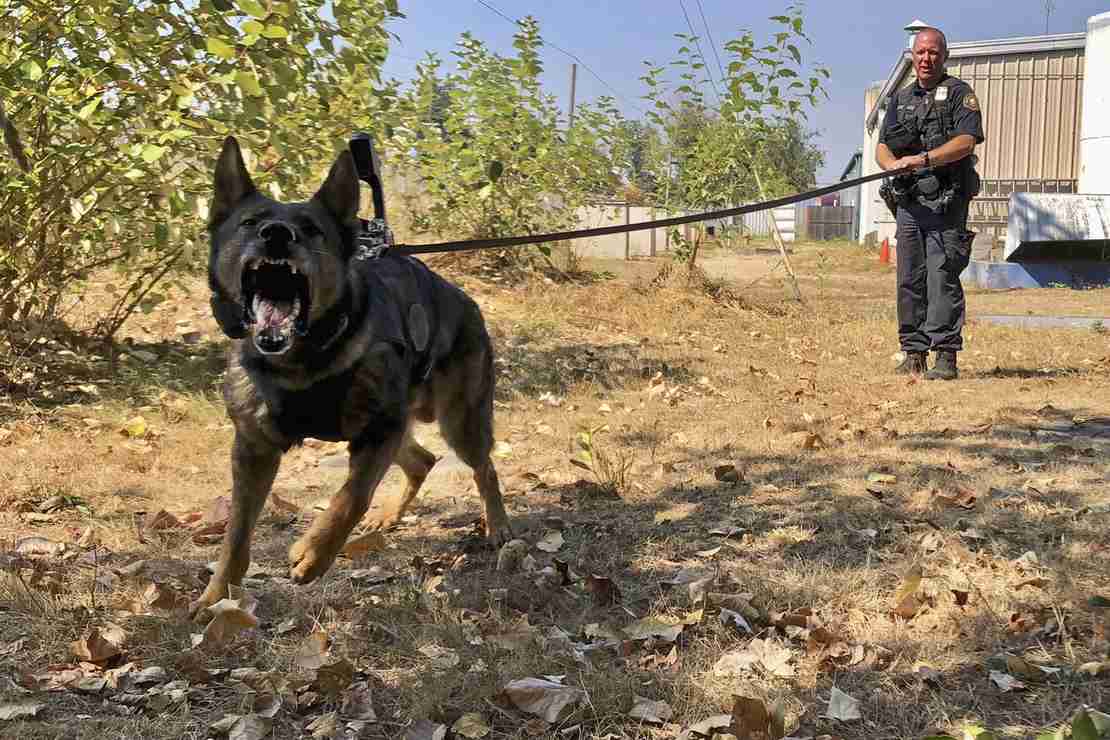 It’s a question I ask myself every time I have to wrangle my 110-pound German Shepherd Archie Ruckus. Why do we do this? Why do humans insist on bringing dumb, clawed, hairy, stinky, animals into our houses and lives? Today’s adventure was the vet. My big-eared moron keeps getting yeast infections in his ears, and in order to treat them he must submit to ear washes and medicine being jammed in there. He never submits. What happens is that Mr. Fox and I corner him in the mudroom while he growls and writhes as one of us tries to hold him and the other attempts to get some ear wash in one of his ears instead of the mudroom floor. It’s insane.

The last time we attempted to wash his ears daily, he started avoiding us completely. He realized that he couldn’t trust the usual pets and pats because one of us might try to sneak some of that dastardly liquid into his ears when he wasn’t ready. My sweet dog started lowering his tail and growling at us whenever we would come near. He’s been like this since he was a baby. At three months old, he had an infection, and it took two of us to hold him down to get the medicine in. Now that he’s fully grown, it takes four vet techs and me. There has to be a better way.

But of course, the better way is always more expensive. They have this long-lasting treatment they can stick in there and I don’t have to fool with it until the next visit. But of course, I also have to decide which child not to feed for the week. So we’re back to trying to do it on our own, and we are armed with tranquilizers this time. Today, I had to take him for a checkup after the last visit where they did the long-lasting treatment, which seemed to heal him pretty quickly, and I was hopeful the yeast was gone. (What do dogs in the wild do when they get yeast infections and there’s no one to hold them down screaming, “JUST STOP IT AND BE STILL!”???)

The first thing that happened after getting into the room was that Archie Ruckus promptly peed. When a German Shepherd that large pees, it’s like a pipe broke in the wall. They had to bring out the mop and bucket. That should have been my first clue that he was feeling extremely nervous. Unfortunately for the vet tech, we didn’t get that message until it was almost too late.

A word about German Shepherds: they seem terrifying to anyone who doesn’t own one. But truthfully, unless they are abused in some way, they’re the biggest baby cowards ever. You’ve never seen a big dog act so terrified and dramatic about the smallest things. Including other dogs. A chihuahua could terrify Archie Ruckus. He’s scared of the dark. He won’t go outside at night unless I go with him, and he comes racing back in like the devil is chasing him. German Shepherds also love to exaggerate when something hurts. They will yelp for no reason when playing with them to scare you into thinking you hurt them. But when something is really wrong, like cancer or a massive ear infection, they pretend to be fine until it’s too late. It’s bizarre. Archie Ruckus is still a baby. He’s only two. So his babyish behavior is still exaggerated, but even for a young dog, he’s over the top.

But today’s visit at the vet went far worse than anything I’ve ever seen him do before. He’s never been aggressive with people, but he’s very smart. He now knows what ear swabs are, and when he saw the vet tech coming toward him with them he lunged and let out a very scary warning bark. That poor girl jumped about five feet backward. Embarrassing! He took me off guard since he’d never done that before. It’s funny how everyone who has ever had a dog knows that dogs sometimes do things we don’t expect and yet they manage to make us feel like bad dog owners every time. If you only knew how much money I spent on training this dog! I managed to hold him for the terrified vet tech, and we got it done (while he thrashed like a fish on a line and growled and complained and even put his teeth on my finger, though he immediately backed off that idea when he realized what he was doing.)

Archie Ruckus tried to take out a veterinary assistant today because she was coming at him with some ear swabs. He didn’t like the look of those. I’ve never seen him assert himself like that. Scary. 110 lbs of DONT EFF WITH MY EARS! I managed to hold him, barely. pic.twitter.com/o7p1xceZkz

This poor dog has been traumatized and may never behave at the vet again. What a disaster! It’s so frustrating our pets can’t understand us. If only he knew that this scary process is helping him! “Is he food motivated?” the doctor asked, trying to think of ways to make the ear cleaning less terrifying. The answer to that is, not when we’re about to mess with his ears! The dog has some kind of ear-related PTSD. He needs a psychotherapist at this point or maybe acupuncture, or dog yoga, or a dog psychic…. all things he’s not going to get because I’m not a Housewife of Manhattan with stupid money.

So what’s next? Tranquilizers (and possibly snip-snip). Sorry, buddy.

It reminded me of all the idiosyncracies of all the dogs I’ve ever had — and there were many. Our three standard poodles would let you do anything to them and never complain. We used to joke that Bear, our black standard, would let the vet cut off a toe with no painkillers without making a peep. He was so compliant! He also used to snap the heads off my mother’s newly bloomed tulips and drive her mad.

Belle, my Chow Chow/Shepherd mix, would tear your head off for any reason, really. She despised everyone but her family. For some reason, we thought that was equally frustrating and hilarious. Training never worked on her. My father used to love playing a dangerous game with Belle that involved him trying to take a bone out of her mouth. I told him he was crazy, but it would make him laugh when she would act like she was going to kill him. She never drew blood but came close.

Belle had to be muzzled at every single vet appointment, and while it was on she would hiss and seethe and drool like she was casting some kind of curse. On the day she was put to sleep at 15 years old, barely walking, and riddled with cancer, the vet put the last injection into her and removed the muzzle. She almost came off the table and just got her teeth into his arm when she fell back and died. We both laughed and cried at the same time. She finally did it!  She’d been after him for years!

My Moose, my last German Shepherd, didn’t like submitting for any ministrations, but he would do it begrudgingly, always the gentleman. He might yelp or whine now and then, but he wouldn’t make a fuss. But let him see a dog anywhere near him, and the ferocious barking would terrify the entire neighborhood. This latest beast that I’ve willingly brought into my home to shed all over the place and run up huge bills has one thing going for him that may save him from the glue factory. It’s the quality that must be why we keep doing this to ourselves and that’s his ability to love. When he’s not terrified of the ear wash, you will find him pushing my laptop away from my lap so his head can be there instead, dragging my son across the wood floor during a raucous tug-o-war game, or sitting patiently for red peppers to fall off the chopping block (his favorite). His best stealth move is how he manages to half-climb onto the couch (where he isn’t supposed to be) for kisses by tucking his paws under and coming up one elbow at a time, knowing full well we’re terrified his claws will puncture the leather. How does he know this? I have no idea. But it makes me laugh.

Why do you invite hairy wild animals into your home?