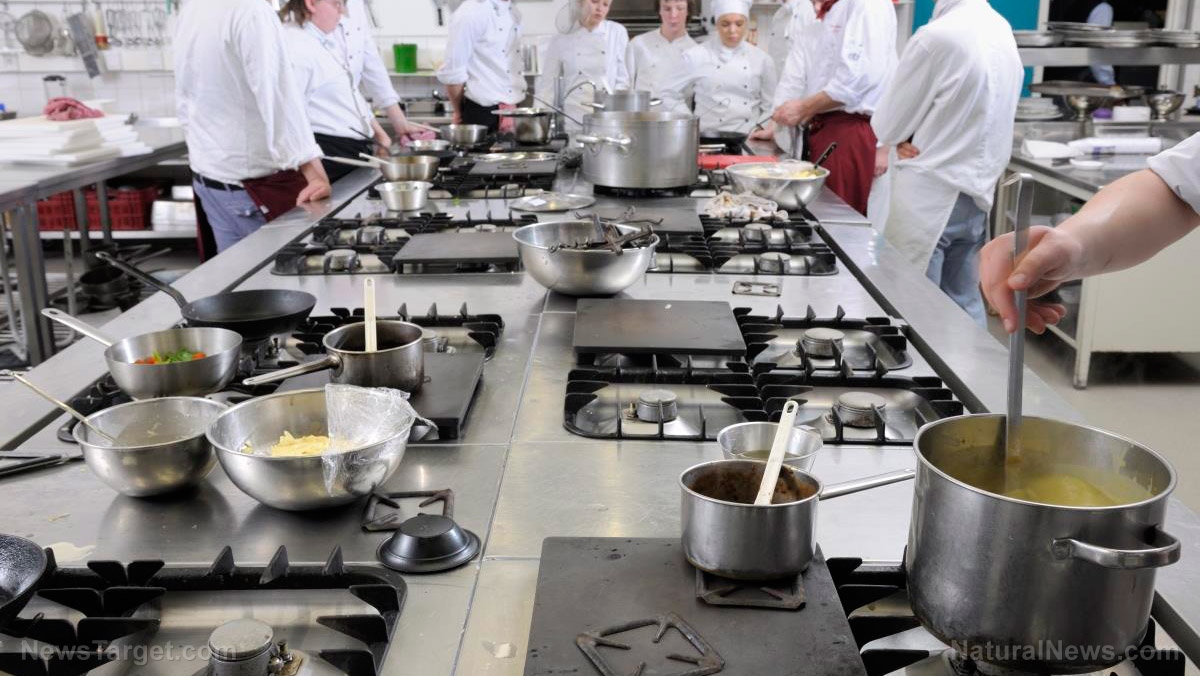 (Natural News)
The nation is laughing out loud after Congress hyena Alexandria Ocasio-Cortez (AOC) preached an anti-gas stove sermon for the Church of the Greens this past week, claiming that natural gas causes brain damage in children. What AOC failed to mention, though, is that electric stoves are far worse.

According to the International Agency for Research on Cancer (IARC), the extremely low frequency (ELF) magnetic fields released by high-voltage power lines are “possibly carcinogenic to humans.” So far, not a single Democrat has addressed this fact in light of their push for more electric stoves, electric cars (EV), and electric everything.

Almost immediately after AOC started lecturing the world about the evils of gas stoves, a chorus of other Democrats, including Sen. Scott Wiener, did the very same thing – almost like they were all told to do this from a single source. And just like AOC, not a one of them mentioned anything about the dangers of the electric power lines that are needed to fuel their “green” utopia.

(Related: You know what else causes brain damage in children? Soybean oil, which is in just about everything.)

The most hilariously hypocritical element of this newfound anti-gas stove circus is that the vast majority of those involved have gas stoves themselves. Cooking with gas, after all, is superior, which is probably part of the reason why the “elite” want everyone else cooking with electric.

Gas stoves for me but not for thee pic.twitter.com/UrXzzlfziQ

This is class warfare, in case you have not figured it all out yet. Under the guise of “saving the planet,” the political elite class is stripping Americans of their rights and liberties while at the same time enriching themselves with the best cookware, the best private airplanes, the best lavish estates – you get the drill.

A World Economic Forum (WEF) partner called “Carbon-Free Buildings” is reportedly behind the anti-gas stove agenda. Its CEO wants to rid the entire world of “carbon emissions” – this also includes humans, which are made of carbon.

The left really is scraping the bottom of the IQ barrel with this latest stunt, which is highly unlikely to go over well even among Democrats. People are tired of being told that everything they eat and do is destroying the planet – even while their “leaders” gallivant around the world with the finest luxuries.

“This is getting beyond ridiculous,” wrote a commenter towards this end. “Poor AOC gets a headache like most people get once in a while and blames a gas stove.”

“Gas stoves have been around for at least 50 years and no complaints until now. But true to form, big MSM has to make a big production about it to give Democrats bright ideas to ban them. Guess what? Everyone with a gas stove is going to say buzz off. For some who don’t have 220-volt service in their house have no choice except for gas or propane.”

Another pointed out that electric is highly unreliable – think power outages. If one’s entire home is all-electric appliances, then the first sign of a problem – especially during a cold winter – could spell death for the entire family.

“When I lived in the great white north many, many years ago, we used it for heat when the coop electric was off several times each winter!” wrote another commenter.

“In Texas, we now have a gas fireplace that in February 2021 we used to keep from freezing to death and to keep the pipes unfrozen!”

More related news can be found at GreenTyranny.news.