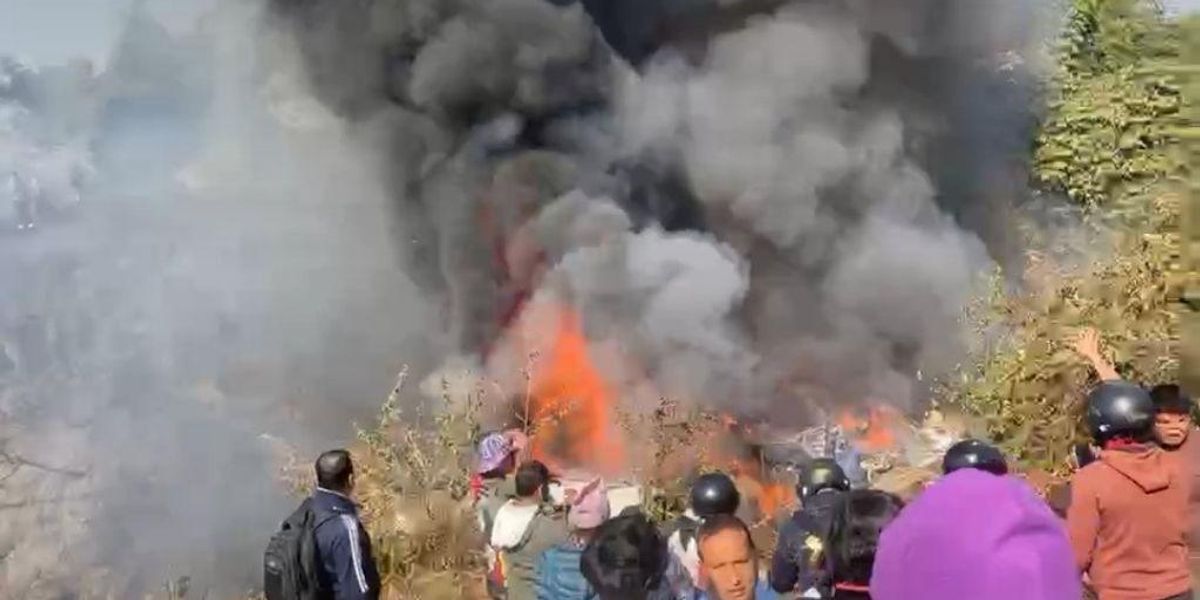 Heartbreaking video taken by a passenger on a doomed flight shows the final moments before the commercial airplane crashed in Nepal and killed at least 68 of the 72 people onboard.

Officials have confirmed that 68 are dead in the crash of a Nepal-based Yeti Airways plane on Sunday. Four people remain missing. The tragic crash is Nepal’s deadliest airplane accident in three decades.

The twin-engine ATR-72 plane was making a brief 27-minute flight from Nepal’s capital of Kathmandu to the tourist town of Pokhara.

Video from a witness on the ground shows the airliner falling fast and rolling to the point that the wings are nearly at a 90-degree with the ground. The airplane goes out of the frame of the video, then suddenly a loud boom is heard in the background.

u201cAn ATR 72 passenger plane with 72 people on board crashed in #Nepal. There was a huge fire at the crash site. nnYeti Airlines ATR 72 crashed on the runway of Pokhara International Airport. At least 32 people died.u201d

In another video of the plane crash, a passenger unwittingly recorded the final moments before the catastrophe.

However, seconds later tragedy strikes as the plane plummets. The plane appears to bank sharply to one side, and passengers are heard on the video screaming. Suddenly, the video goes dark. Then the gutwrenching video shows the plane engulfed in flames.

The plane crashed into a gorge, and the pilot averted hitting buildings in the area.

Hundreds of emergency rescue workers attempted to save any survivors of the Nepal plane crash. However, the flames from the plane were too hot to get close to the wreckage in the immediate aftermath.

Local resident Bishnu Tiwari told the Associated Press, “The flames were so hot that we couldn’t go near the wreckage. I heard a man crying for help, but because of the flames and smoke, we couldn’t help him.”

There were 72 people on the flight – 68 passengers and four crew members.

Yeti spokesman Sudarshan Bartaula said that there were 15 foreigners on board the plane, including five Indians, four Russians, two South Koreans, and one passenger each from Argentina, Australia, France, and Ireland.

Nepal’s Civil Aviation Authority said it was not immediately clear as to what caused the plane crash.

An investigation into the deadly plane crash has been launched.

Poll finds almost a quarter of Millennials get their rent paid by their parents, others get groceries, utilities paid
MSNBC Uncorks Fever Dreams of MAGA Killing Democracy — As DirecTV Nixes Newsmax
“Kick In The Face” – Soldiers Fired For Refusing COVID Vaccine Forced To Pay Back Signing Bonuses
Daily Show Goes To Britain To Trash Gun Rights Advocates’ Genital Size
Tech tycoon, 45, reportedly spends $2 million a year on his extreme anti-aging regimen. His goal? To achieve the body, inside and out, of an 18-year-old.