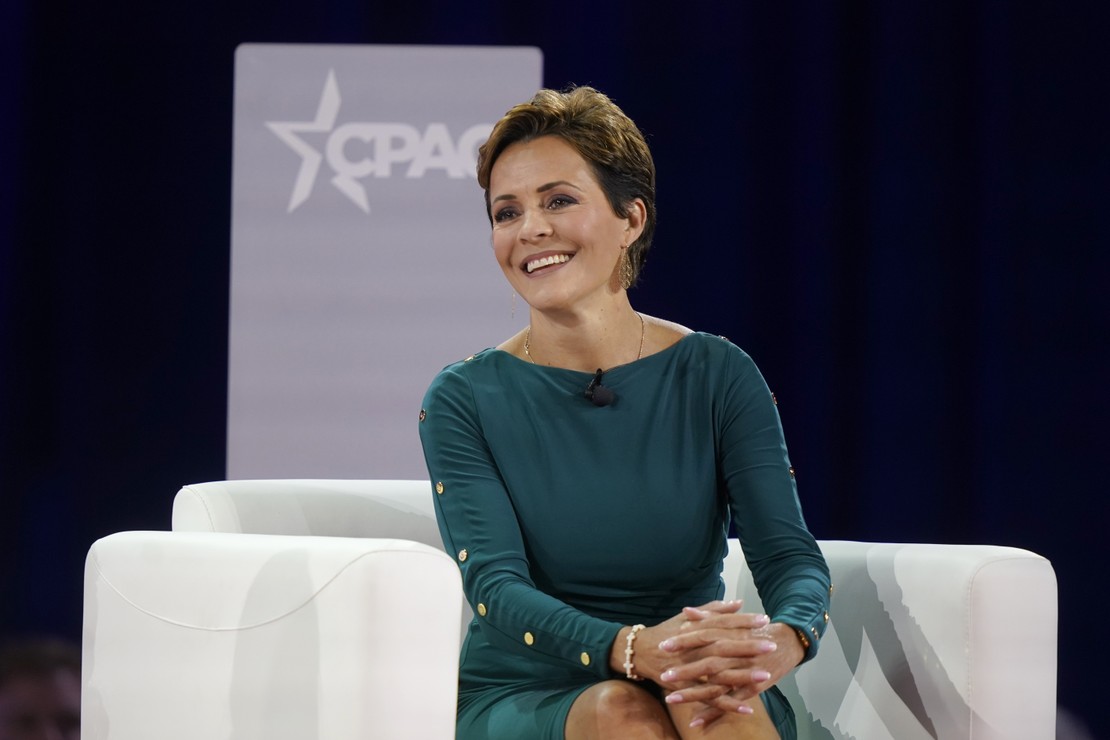 Sen. Kyrsten Sinema’s defection from the Democratic Party back in December was widely seen as problematic for Senate Democrats and their slim majority. But in reality, it was an attempt at self-preservation for Sinema, whose political viability amongst Arizona Democrats has cratered thanks to her marginal independent streak that has helped block key elements of Joe Biden’s radical legislative agenda.

Deep-pocketed leftists, including George Soros, have been funding efforts to primary Sinema and support a Democrat challenger in the 2024 primaries. By leaving the party, Sinema has turned the tables on them. If they support another Democrat in 2024, her seat will likely go Republican. If they back Sinema, there may be a chance they hold onto the seat.

New polling supports this, and finds that one Republican in particular would benefit greatly in a three-way election: Kari Lake.

According to Blueprint Polling, a Democrat firm, in a hypothetical 2024 three-way Arizona Senate Race, Kari Lake would win with 35.7% of the vote. She is followed by potential Democrat challenger Rep. Ruben Gallego with 31.9%. Sinema trails far behind with 13.8%. Another 18.6% are unsure.

There’s no indication yet whether the forces trying to oust Sinema in a Democratic primary will drop their efforts and back her to prevent the seat flipping, but Sinema would likely be favored if they did. According to the poll, she is backed by 15% of Biden voters and 11% of Trump voters — meaning she has enough bipartisan appeal to defeat Lake in a two-way match-up. But Blueprint Polling appears to assume that a three-way election between a Republican, a Democrat, and Sinema is the most likely scenario. According to their polling memo, “Sinema’s best hope for a return to the US Senate may be for the Republican party to nominate a candidate so flawed that moderate and conservative voters would abandon that person for the Independent Sinema.”

A past poll by Public Policy Polling suggests that Sinema is indeed a spoiler candidate for Gallego, who would be in a dead heat against Lake in a two-way race.

The poll also found that Donald Trump would defeat Joe Biden in Arizona in 2024 by three points, which also bodes well for Kari Lake — though Ron DeSantis would win by over six points.

However, the question is whether or not Lake will run. Currently, she appears to be laser-focused on her Arizona gubernatorial election challenge following her narrow defeat to Democrat Katie Hobbs. Lake insists the 2022 election, rife with irregularities and potential fraud, is tantamount to systemic suppression of GOP voters. Lake has also encouraged another Republican, Pinal County Sheriff Mark Lamb, to run for the Senate seat.

“Kari is getting lots of calls, but she’s pretty disillusioned right now, and she likes the sheriff and told him she wants to see him run for Senate,” a Lake confidant told NBC News. “Lamb is beloved by the base and could really clear a primary field.”

But there’s no indication yet that Lamb is planning to run. And Lake, with an existing campaign infrastructure and staff — not to mention experience running a statewide campaign — could easily switch gears and run for U.S. Senate if she wants to.

I still maintain that Lake’s efforts to expose the corruption and fraud that plagued Arizona’s elections in 2022 are extremely important. Unfortunately, there’s no chance that the election results are going to be changed, but it would be significant if she can prove the results were impacted by fraud. Helping the GOP win back the Senate in 2024 may be the better play for Lake, as we’ll need a strong majority to help protect our elections from Democrat power grabs at the federal level.

Whoopi Goldberg Angry That FOX News Keeps Noticing All The Dumb Things Said On ‘The View’ (VIDEO)
‘If you need to arrest me, I understand’: US Marine allegedly flew from Louisiana to Florida to have sex with 14-year-old girl he met online
London School of Economics to ditch religious terms like ‘Christmas break’
‘American Taliban’ Was Released Early — and Promptly Met with an ISIS Recruiter
Deace: Pope Francis is woke, but is he awake?