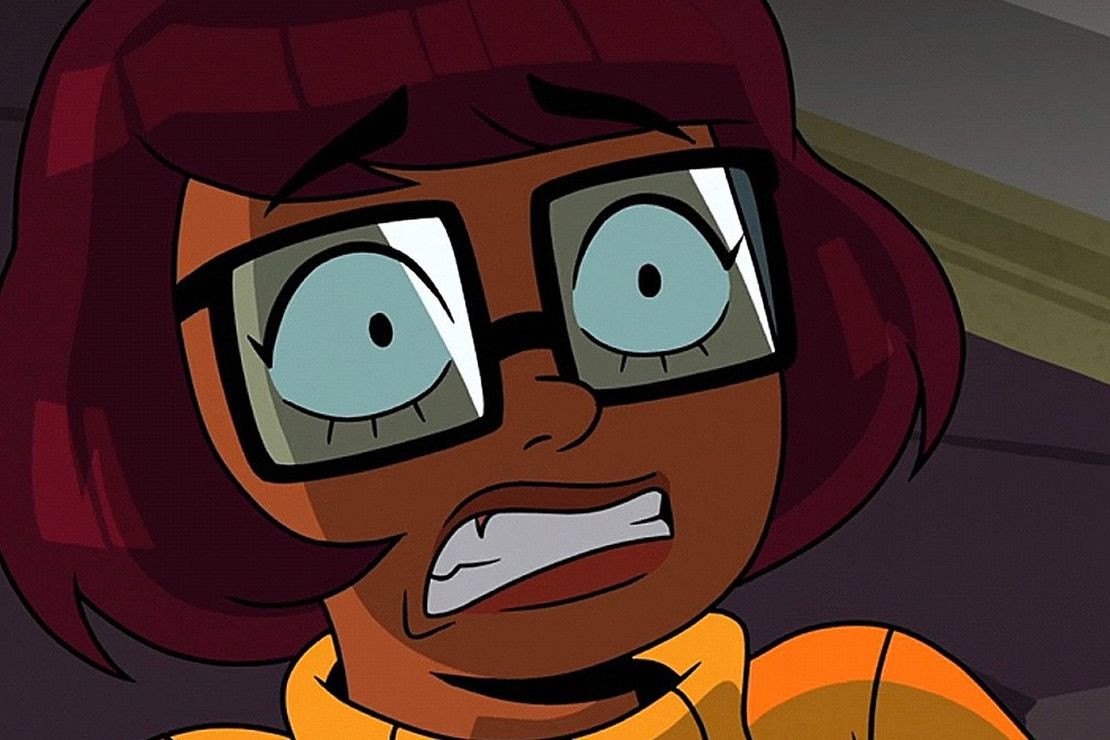 I’m not here to review Velma, the new Scooby-Doo spinoff for adults currently streaming on HBO Max. But I am here to tell you that it’s so bad that lefties who ought to love the show’s woke themes are now claiming the entire thing is an enemy psyop to make them look bad.

When I say that Velma is for adults, I mean it is aimed at adolescent wokesters inhabiting adult bodies. But apparently, even they don’t like it.

Instead of traveling around in the Mystery Machine van and solving pseudo-supernatural mysteries, Velma is a high-school origin story. Everything is so woke that I’m told watching it is like downing amphetamines with Mountain Dew: You’ll pray for the sweet release of sleep but it will never come.

Velma is now gay, mean-spirited, and has a crush on Daphne, who is a half-Asian drug-dealing Mean Girl with two moms. Shaggy is a black guy named Norville with a crush on Velma.

Critical Drinker noted in his video review that instead of the gang working as a team, nothing ever gets solved unless Velma does it herself.

Maybe they should have named it Everybody Loves Velma, Really.

Also, Velma has been re-cast as an (east) Indian girl, presumably because the show is the brainchild of actress/exec producer Mindy Kaling, who provides Velma’s voice as well as her physical inspiration. For what it’s worth, I’ve found Kaling to be funny in everything else she’s been in, particularly the US version of The Office.

The one white guy is still Fred, only he’s so privileged (of course), incompetent, and just plain stupid that he can’t even cut his own food. Seriously, there’s a whole courtroom scene about it.

Also, there’s no dog. That’s right: a Scooby-Doo spinoff with no Scooby and zero Doo.

I never liked Scooby-Doo, even as a kid. I’m not saying I had impeccable taste at that age — I thought Land of the Lost was the Greatest. Show. Ever — but Scooby always had me changing the channel. So I’m not exactly the target audience for Velma. When even lefties attack it, I know I can safely skip it and tell you to do the same.

But it’s how they’re attacking Velma that’s so funny.

Velma is… extremely not good.

It reads like a right-wing YouTuber’s clumsy understanding of what a “diverse” show is.

Which, given that its showrunner is Mindy Kaling, who has faced criticism for transphobia and once described herself as “way conservative”, kind of makes sense pic.twitter.com/LI4wO1e8pN

For the record, Kaling is no conservative. She once told Hollywood Reporter that it’s “sexist” when people claim she’s a Republican.

Nevertheless, the stink around Velma is so thick that the accusations continue:

The theory is that Kaling “*deliberately* made ‘velma’ suck so the culture war youtubers make a million videos about it to boost its SEO.”

I want you to run this through your BS detector: HBO execs greenlit a terrible series and then spent millions of dollars producing it to improve the Search Engine Optimization (SEO) of some guys on YouTube.

My BS detector is pinging away like the Soviet Red Banner Fleet trying to flush out Captain Marko Ramius and the Red October.

Here’s even more from Paul Tassi at Forbes:

The idea is that Kaling is a secretly conservative force in media trying to make the left look bad by making a cringey adult cartoon full of “this rich white guy has a small dong” jokes that the right can point at as everything wrong with race-recasted, social justice-influenced media.

“If that wasn’t the intent of the show,” Tassi wrote, “it sure feels like it in practice.”

Well, we can hope.

Baby, kidnapped in December, dies weeks after he and his twin brother were rescued
Police say man accused of torturing women is using dating apps to find more victims and people to help him evade cops
The 2024 Arizona Senate Race is an Opportunity the GOP Can’t Afford to Mess Up
Cracks in the Republican Majority Already Showing
Thousands of Palestinians Celebrate Mass Murder of 7 Jews at Jerusalem Synagogue (VIDEO)