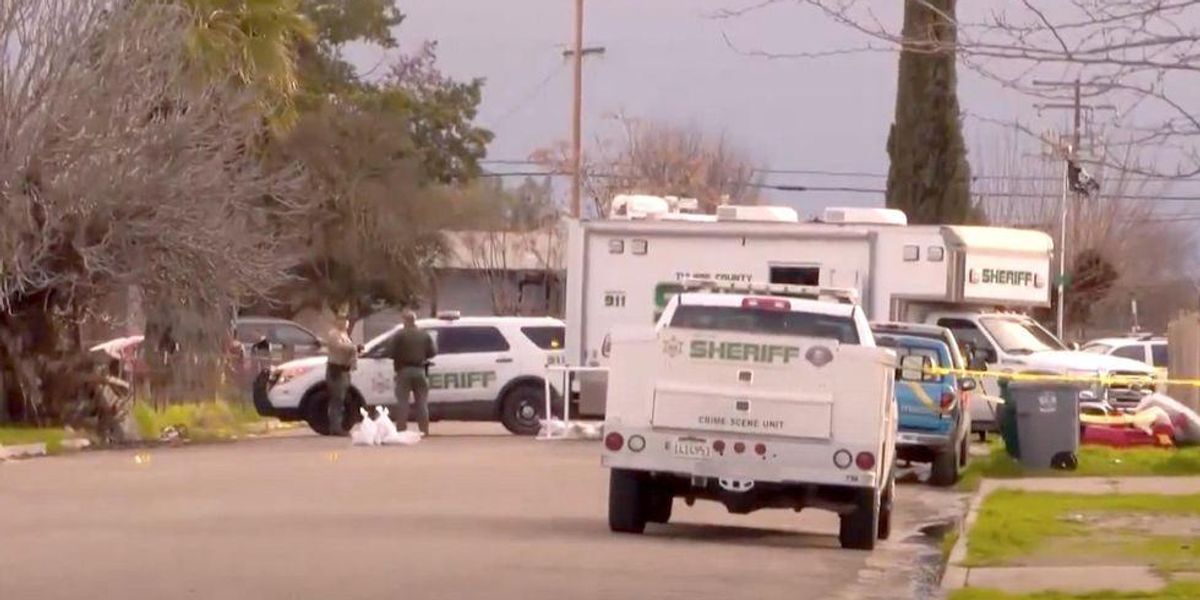 Police said that six people were found shot and dead at a home in California, including a young mother and her 6-month-old baby.

The harrowing incident unfolded in Goshen, a small town in central California near Fresno.

The Tulare County Sheriff’s Office said the incident was reported on Harvest Road at about 3:30 a.m. on Monday. Callers who reported the shootings believed it to be an active shooter incident because so many shots were fired.

Tulare County Sheriff Mike Boudreaux described the shooting as a “horrific massacre” in a media briefing with reporters.

He said that police responded to the scene only seven minutes after receiving the reports and found two victims who were apparently dead in the street. A third victim was seen in the doorway, and police found multiple victims during a search of the premises. A total of six victims were found, and they were all declared dead.

Boudreaux said both the 17-year-old mother and her 6-month-old baby were shot in the head.

He went on to say that police believe it was a targeted shooting and could have been gang-related. He added that there were at least two suspects being sought. They fled the scene before police arrived.

Boudreaux described the parcel as having multiple residences, including trailers, and said that two women in the same complex saw the shooting.

“We do have family that has been escorted from the scene, we do have survivors,” he added without divulging the number of survivors.

A week prior to the shooting, police served a search warrant at the same house for drugs. There had also been a report previously of a drive-by shooting at the same address.