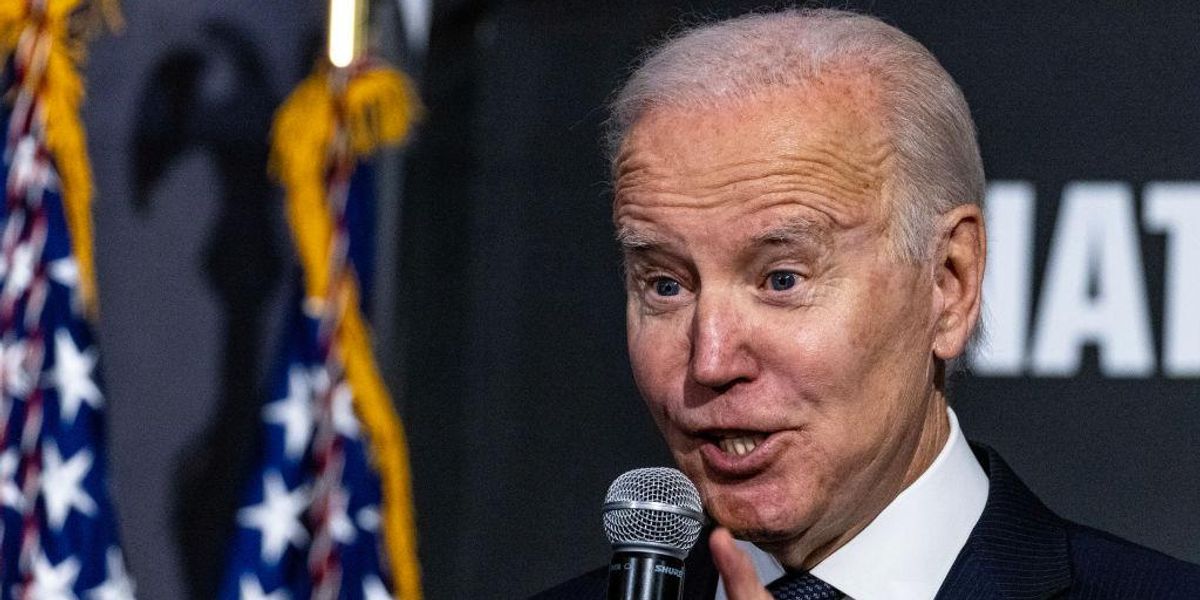 President Joe Biden said on Monday that those who attack Democrats for big spending are “fiscally demented,” claiming that he has been reducing federal deficits.

Republicans pushed back in response to the president’s remarks.

“If wanting a balanced budget is ‘fiscally demented,’ I’m not sure what you would call the economic devastation under President Biden’s leadership,” Sen. Marsha Blackburn of Tennessee said, according to Fox News Digital.

“The new Republican House majority is dedicated to improving the lives of the American people by lowering taxes, balancing the budget, and working to get our country out of debt. Meanwhile, the Biden Administration is dead set on putting America LAST!” Rep. Ronny Jackson of Texas said, according to the outlet.

Americans have been suffering the devastating financial consequences of high inflation, and while the soaring inflation has been easing in recent months, the latest consumer price index report still indicates that the problem persists.

Lawmakers, including some Republicans, voted to pass a massive omnibus package last month that came in around $1.7 trillion.