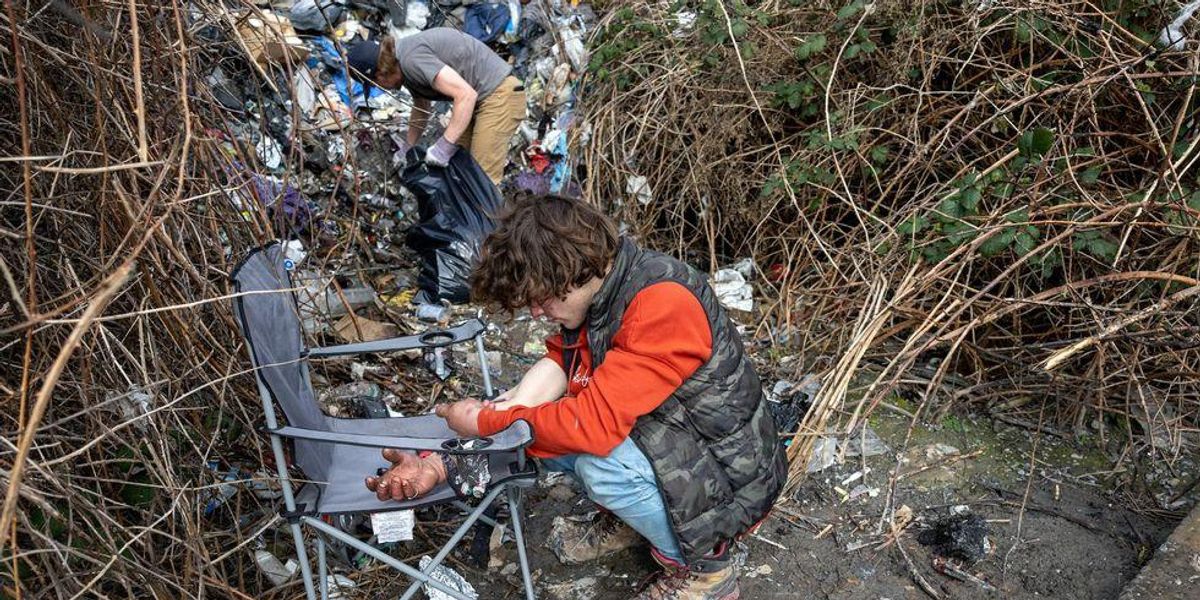 Officials say deaths of homeless people skyrocketed to a record number in 2022, and half of those involved fentanyl overdoses.

310 homeless people died in the Seattle area according to a count from the King County Medical Examiner’s Office reported by the Seattle Times.

Of those, more than half involved fentanyl overdoses.

Another 18 homeless people died by homicide in the Seattle area, a figure twice as high as that from 2021.

The Seattle Times reported that many of those who died of fentanyl had other drugs in their system, including methamphetamines or cocaine.

A report from Public Health — Seattle & King County found that fentanyl was involved in 70% of all deaths confirmed as overdoses in the county as of November in 2022.

A point-in-time count in 2022 found that 13,368 homeless people were living in the county. A homelessness assessment from the U.S. Department of Housing and Urban Development found that Washington state is second only to the state of California for the highest number of people living outside without shelter.

In 2022, Washington state Gov. Jay Inslee, a Democrat, outlined a request to the state legislature to approve $4 billion to alleviate the homelessness crisis in the state. The plan would need to be approved by the voters, but it includes the construction of 7,500 affordable housing units and the preservation of another 2,700 housing units.

“We cannot fix homelessness unless we build more housing,” Inslee said at the time.