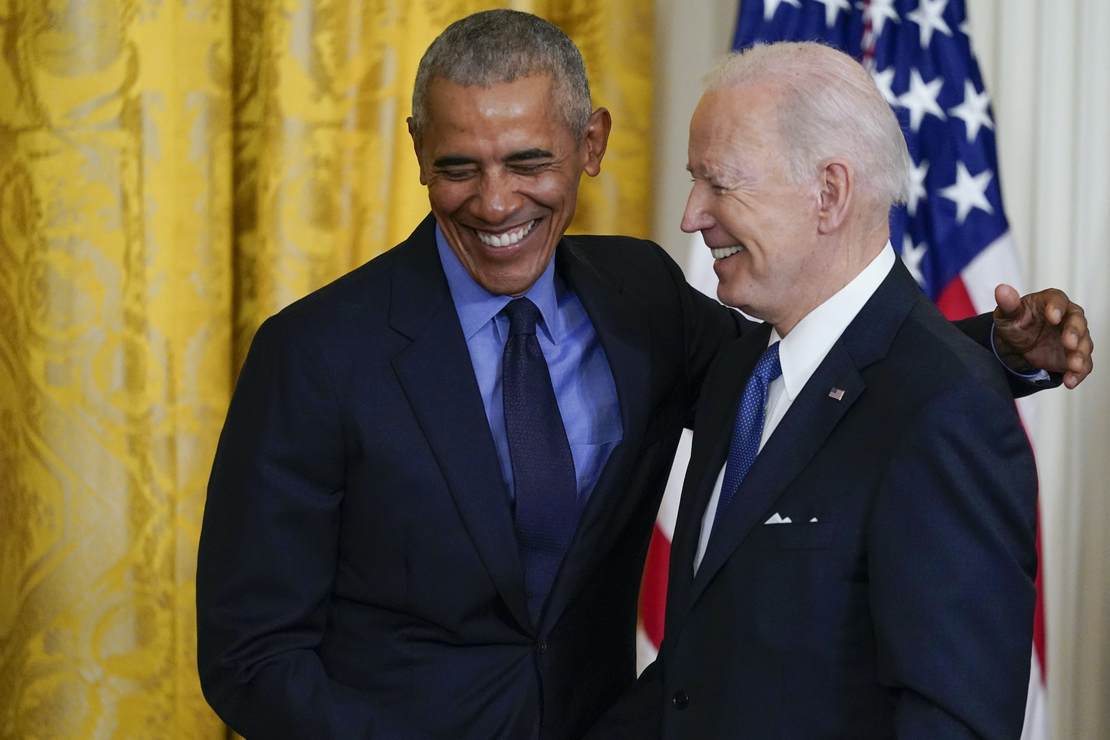 As the author of a book called The Worst President in History: The Legacy of Barack Obama, you can imagine how often I’m asked questions like “are you going to write a new version about Joe Biden?”

It happens quite regularly, as you can imagine. And in many ways, it is understandable. Though I still maintain the disaster that Joe Biden created is largely due to Biden’s lack of originality. From the moment he took office, Biden’s agenda has sought to erase anything and everything Trump did for this country and return to an Obama-era status quo. The Trump administration depoliticized the Justice Department created by Barack Obama and Attorney General Eric Holder, only to have Joe Biden and Merrick Garland weaponize it again.

The current border crisis we’re experiencing is because of Biden’s embrace of Obama-era open border policies. Obama saw a nuclear deal with Iran as a crowning achievement of his presidency. Donald Trump got us out of it, and Joe Biden promised to get us back in—and he even engaged in Obama-esque secret negotiations without congressional oversight. If you had fond memories of when gas prices were nearly four dollars a gallon, Biden sure made you feel nostalgic. Now that Joe Biden has divided government getting in the way of his agenda, we can expect Obama-style governing-by-executive-action.

It should come as no surprise that Barack Obama even suggested that Biden’s presidency was like his third term and that Joe Biden is “finishing the job” he started.

“I think that what we’re seeing now is Joe and the administration are essentially finishing the job,” Obama told the New York Times back in June of 2021. “And I think it’ll be an interesting test. Ninety percent of the folks who were there in my administration, they are continuing and building on the policies we talked about, whether it’s the Affordable Care Act or our climate change agenda and the Paris [climate deal], and figuring out how do we improve the ladders to mobility through things like community colleges.”

As Obama noted, it’s not just his policies that Biden has brought back. He also brought back Obama administration retreads, who brought back with them the corruption and secrecy that were synonymous with the Obama years. The current classified documents scandal is a prime example. Obama made transparency a key theme of his campaign, as did Joe Biden. One of the things Obama did to give the appearance of unprecedented transparency was releasing White House visitor logs—a move he actually opposed at first, but then flaunted like it was evidence of how great he was and how he had the “most open and transparent administration in history.” But that transparency was a mirage. The logs released by Obama often hid the identity of visitors, key details about them, and whom they met with. They sometimes included the names of people who weren’t even present, according to an analysis by the Center for Public Integrity.

Joe Biden’s “transparency,” like Obama’s, is also a mirage. It turns out that despite spending nearly 200 days of his presidency in either of his Delaware homes, no White House visitor logs exist for either house. Many have suspected Joe Biden has spent significant time away from the White House to hide his mental decline from the public—which may still be—but it also seems likely that it’s an intentional effort to prevent the public from knowing whom Biden is meeting with, especially now that we know that Biden has been keeping classified documents in his home.

Biden has proven to be all the bad things about Obama magnified, and it terrifies me to think we have two more years of this.

Are We Talking Our Way Into a Debt Ceiling Catastrophe?
‘Very cute’: Mockery ensues when Geraldo Rivera whips out musket to make point about Second Amendment
Democrats Now Trying to Force Adam Schiff and Eric Swalwell Onto House Intel Committee
Remember When the Media Blamed Trump for George Floyd’s Death?
Four-star US Air Force general predicts war with China in 2025