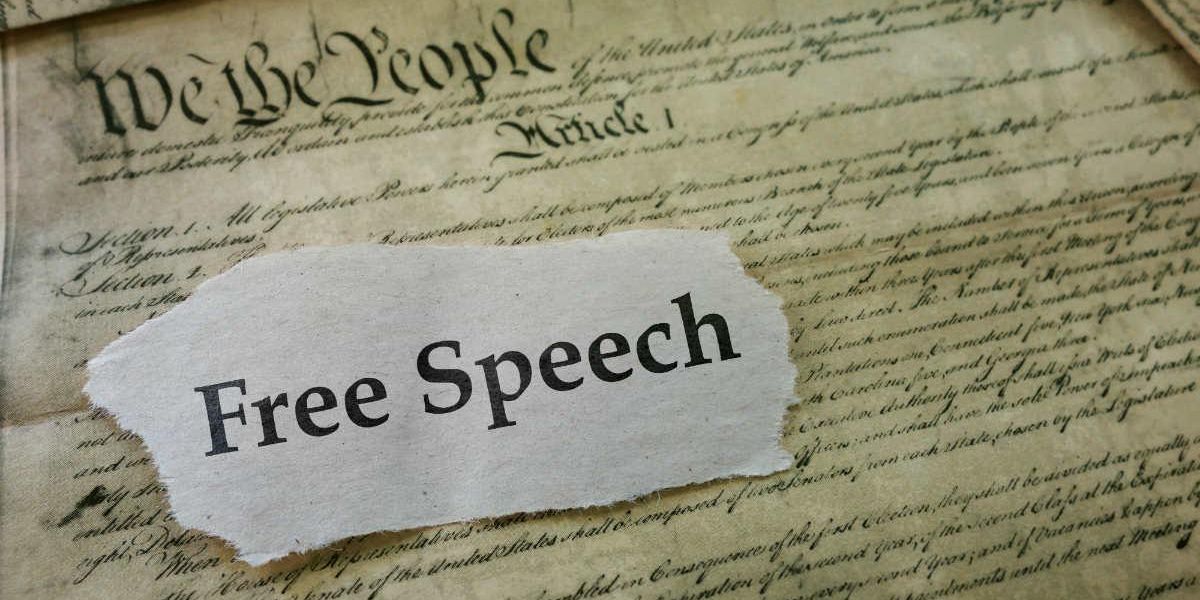 There are several fundamental asymmetries in the political and cultural battle between the left and the right. One of the most obvious asymmetries is the way that both sides approach the exchange of ideas. Conservatives believe that they are involved in a good-faith discussion with another group who may have a different point of view but are ultimately in search of a shared truth that society can agree and build upon. Progressives understand that they are involved not in a discussion, but in a struggle for power.

Leftists know that their main goal is not to convince others through reasoned discussion, but to obtain power in service of advancing an agenda that they see as the non-negotiable truth. This is not some exploration, excavation, or even negotiation over what the truth might be. Progressives are already certain that they are in possession of the truth. Because the left is not constantly worrying about obtaining the proper consensus for truth, they can focus their public actions on gaining and maintaining the power necessary to perpetuate that truth.

Many who oppose the left’s ever-increasing demands for censorship are under the illusion that the blatant hypocrisy shown by a political movement that once championed free speech will eventually collapse its credibility. Members of the Intellectual Dark Web, and the disenfranchised liberals they ministered to, labored under this belief. That fragile coalition has since fractured, as it became clear that even some of its own members valued their power and prestige over free speech or truth.

Sam Harris infamously declared that Donald Trump was so dangerous to the status quo that even if Hunter Biden had the corpses of dead children in his basement, that story should have been censored so that the billionaire Trump would not win reelection. Once you have declared your own power more important than open inquiry and discourse, it is hard to return to platitudes about the importance of free speech.

Last week, Democrat Rep. Sheila Jackson Lee of Texas introduced a bill that would criminalize discussion of “The Great Replacement” and any other public speech that is deemed “white supremacist,” a term the bill does not define because it is designed to be applied broadly and thoroughly abused. The act would make Tucker Carlson and many other right-wing commentators fugitives from justice.

This is not the first time the congresswoman has tried to ban political speech. She submitted a similar bill last year. The criminalization of political speech, especially the speech of a particular race, is an obvious violation of the First Amendment, but this does not give Lee or most of the left a moment’s pause.

One might be tempted to laugh off the bill as an absurdity that would never take hold in the United Sates, but international leaders are very sure that it is inevitable. During a panel this week at the World Economic Forum in Davos, European Commission Vice President Věra Jourová cackled as she announced, “Illegal hate speech, which you will have soon also in the U.S. I think that we have a strong reason why we have this in the criminal law.” The Twitter Files have revealed that the left regularly use corporate power to censor speech, and Lee’s bill is simply a step toward the formalization of that principle into federal law.

The left is a coalition built around the power generated by dismantling existing social structures. Progressives drink deeply from the political energy that is released as each traditional social bond is broken and individuals are reordered into categories that are more easily manipulated by centralized power.

When America was more conservative in its outlook, a rationale was needed for the left to enter the nation’s institutions and advance ideologies that were obviously destructive to the social order. The left has always been about the abolition of family, faith, and property and has never been very good about hiding it. Free speech was never a core value of the left; it was simply a convenient vehicle for the furtherance of their agenda, which was made even more effective by its ability to camouflage itself in existing American values. Leftists may have spent a lot of time preaching about free speech in the past, but this was always in the service of forcing their ideology into the public consciousness. They were willing to adopt any rhetorical tool that allowed them to do so, and free speech simply happened to be tactically convenient at the time.

It is very easy to tell that free speech was never a sincerely held value of the left, because leftists have been slowly but surely jettisoning that narrative as they acquire power. The support of free speech by progressives has been inversely proportionate to their consolidation of power across American institutions, both public and private. The consolidation of power was always the end goal, and rhetorical appeal to the principle of free speech was always to be abandoned once victory was achieved. As Frank Herbert famously said in his novel “Dune,” “When I am weaker than you, I ask you for freedom because that is according to your principles; when I am stronger than you, I take away your freedom because that is according to my principles.”

What progressives are involved in is not hypocrisy, but a reassessment of tactics now that they no longer need to operate from a position of weakness. Progressives now have the opportunity to wield the tools of the strong, and they longer need to pay lip service to the marketplace of ideas. They used this rhetoric to undermine the established power of their day, and they have no intention of leaving that weapon on the ground for their enemies to pick up and wield against them.

Unlike conservatives, the left is not foolish enough to extend a ladder to enemies who are attempting to assail the walls of established power. There will always be a small percentage of disaffected liberals who truly bought into the value of free speech and feel left behind by modern progressives, but the movement is happy to advance beyond them. The left is more than happy to let those like Glenn Greenwald or Brett Weinstein shift to the center or right as apostates, because they believe the power that they are gaining is far more important than the few public intellectuals they are losing. Control of most major cultural, intellectual, and governmental institutions is far more important than loyalty to a principle that progressives never really held in the first place.

While many on the right and center may see this as a sign of weakness and hypocrisy that will take down the progressive movement, this is, in truth, a show of strength. The left believes that it has achieved cultural hegemony to the point where it no longer needs to pretend to care about these values or the true believers that it will shed by abandoning them. This is not weakness, but a flex on one’s enemies: a vulgar display of power.

It seems very unlikely that a coalition of anti-progressive forces will defeat the left by trying to hold the left to a value that it no longer seeks to publicly enforce or support. The arguments that progressives used to work their way into the media, academia, and the corporate boardroom will not be as effective for conservatives who are hoping to wield them. Progressives are now fine with criminalizing speech because they are strong, and they will not be shamed into abandoning their hard-won victories by an appeal to a shared value they never truly held to begin with. Progressivism will not be defeated by a vague call to return to a neutral playing field. It will only be defeated when the right can present a more powerful, compelling, and true story about who Americans are and what they can become.