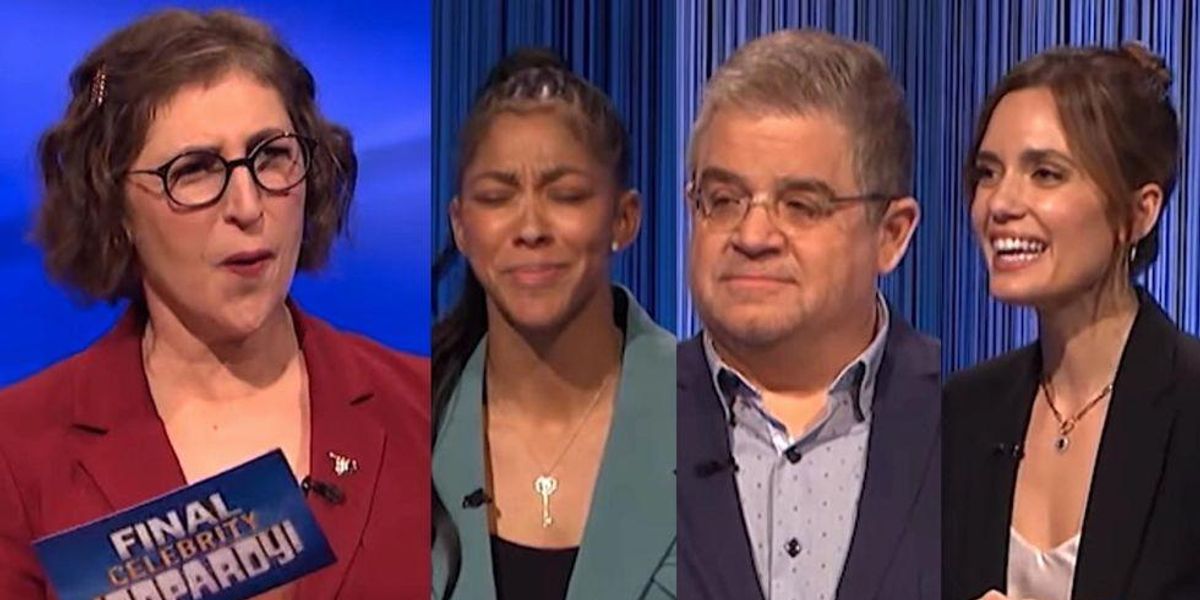 All three contestants on “Celebrity Jeopardy!” failed to solve a very simple clue about a midwestern state, and the interaction went viral on social media.

The video showed contestant Torrey DeVitto pick the category “The Fifty States” for $300.

“In ‘Field of Dreams’ a question is asked, ‘Is this heaven?’ – No, it’s this midwestern state also known as ‘the corn state,'” read host Mayim Bialik.

DeVitto guessed Wisconsin and was shot down.

The answer is Iowa, of course.

Here’s the video of the clue that was circulated on social media:

The video went viral with more than 788k views.

Many on social media mocked the celebrities for not knowing such a simple fact about a midwestern state.

“After watching Celebrity Jeopardy, I’m now convinced that if I ever become famous, I’d definitely be in the top 1 or 2 percent of smartest famous people,” read one response.

“I understand the Nebraska answer, corn and all. But, WISCONSIN?!” responded another incredulous critic.

“Wow….really? Wisconsin? Nebraska? I can’t ever take anything seriously again that comes out of the mouth of a celebrity…..I just can’t,” said another detractor.

“Sweet Christmas! I’m watching Celebrity Jeopardy and at first was thinking these questions are an insult to the guests. And then they collectively didn’t know Field of Dreams takes place in Iowa and now I’m like, wow, y’all actually stupid. And it’s making my own brain hurt,” read another response.

Oswalt responded to some of the rancor on Twitter, saying, “EVERYTHING is a culture war with these daffodils and it’s kinda endearing.”

He ended up with the celebrity victory after being the only one to answer correctly a clue in Final Jeopardy about a famous “pitchman” that was disavowed by the U.S. Navy.

Here’s the end of that ‘Celebrity Jeopardy!’ episode: