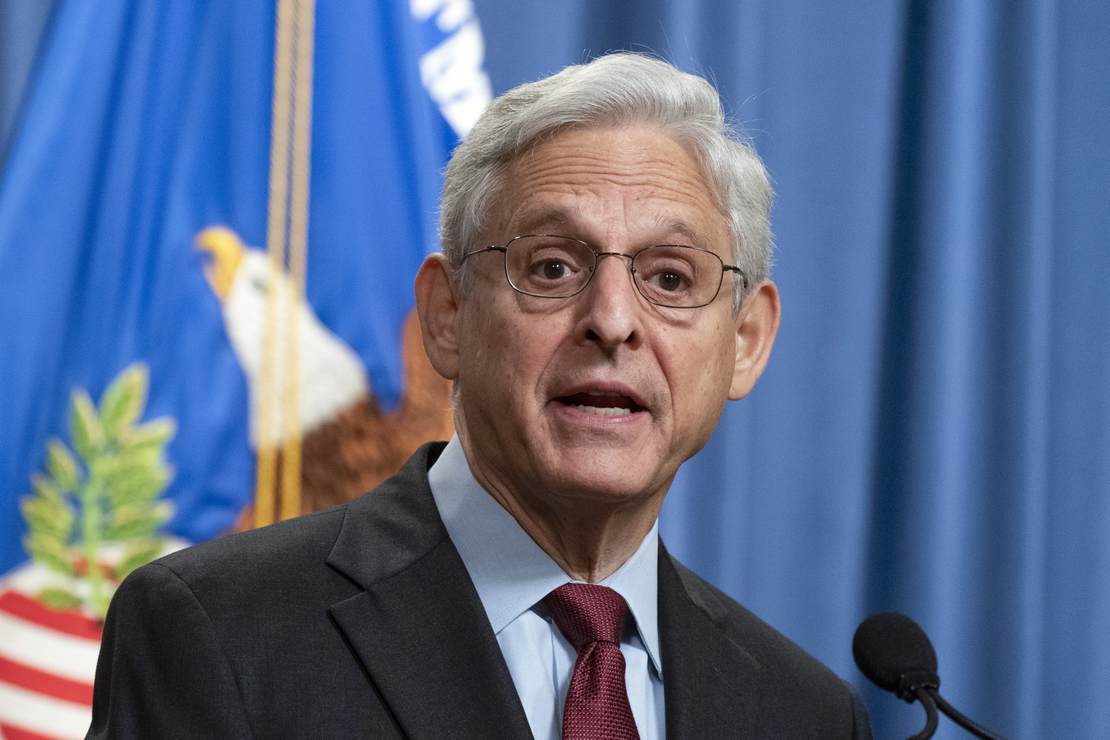 During a 2013 radio interview, Eric Holder, who was Barack Obama’s attorney general at the time, accidentally said the quiet part out loud about his agenda at the Department of Justice. “I’m still enjoying what I’m doing, there’s still work to be done. I’m still the president’s wingman, so I’m there with my boy.”

The message was clear: Holder’s allegiance was to Barack Obama, not the rule of law. This, of course, was evident the moment he took office. One of the Obama administration’s first scandals was Holder’s decision not to bring charges against members of the New Black Panther Party for voter intimidation during the 2008 election. Holder also obstructed so many investigations that 47 inspectors general wrote an open letter to Congress regarding the unprecedented obstruction they were experiencing. In addition to obstructing investigations, as attorney general, Eric Holder launched bogus investigations into administration corruption, naturally absolving Obama and his underlings of wrongdoing every time. Holder’s dedication to protecting Barack Obama resulted in a bipartisan vote to hold him in contempt of Congress during the infamous Fast and Furious scandal.

Holder clearly thought that it was his job to protect Obama, and as anyone could have predicted, Merrick Garland is doing the same now for Joe Biden. Garland allowed for Donald Trump’s tax records to be released to Congress despite Congress having no legitimate claim to access them. The FBI also conducted searches of Project Veritas over the alleged theft of Joe Biden’s daughter Ashley’s diary.

Last year, Garland infamously approved an unprecedented raid on Donald Trump’s Mar-a-Lago home in West Palm Beach, Fla., and reportedly absconded with and reviewed documents protected by attorney-client privilege in what was widely believed to be a fishing expedition.

Despite all the accusations against Garland, he’s continued to politicize and weaponize the Justice Department and protect Joe Biden. Even though classified documents were discovered in Joe Biden’s private office at the Penn Biden Center in November, we didn’t learn about it until last week.

But there’s more that we didn’t learn until last week as well.

“On November 9, the FBI commenced an assessment, consistent with standard protocols, to understand whether classified information had been mishandled in violation of federal law,” Garland said last week. “On November 14, pursuant to Section 600.2(b) of the Special Counsel regulations, I assigned U.S. Attorney Lausch to conduct an initial investigation to inform my decision whether to appoint a Special Counsel.”

So, the Department of Justice was investigating the matter for two months and kept it from the public. Why? To protect Joe Biden. The documents were discovered at the Penn Biden Center on Nov. 2, and the DOJ was immediately contacted. A public statement and announcement of an investigation should have happened then. But it didn’t. Instead, the DOJ didn’t publicly acknowledge the investigations until after the story was leaked to the media.

Related: Try Not to Laugh at DOJ’s Excuse for Not Sending FBI to Raid Biden’s Homes for Classified Docs

And Garland continued to protect Biden when he allowed Biden’s lawyers to search for more documents at his residences without the presence of the FBI. In fact, the idea was outright rejected.

Merrick Garland has been protecting Joe Biden from the start and will continue to do so as long as he’s attorney general.