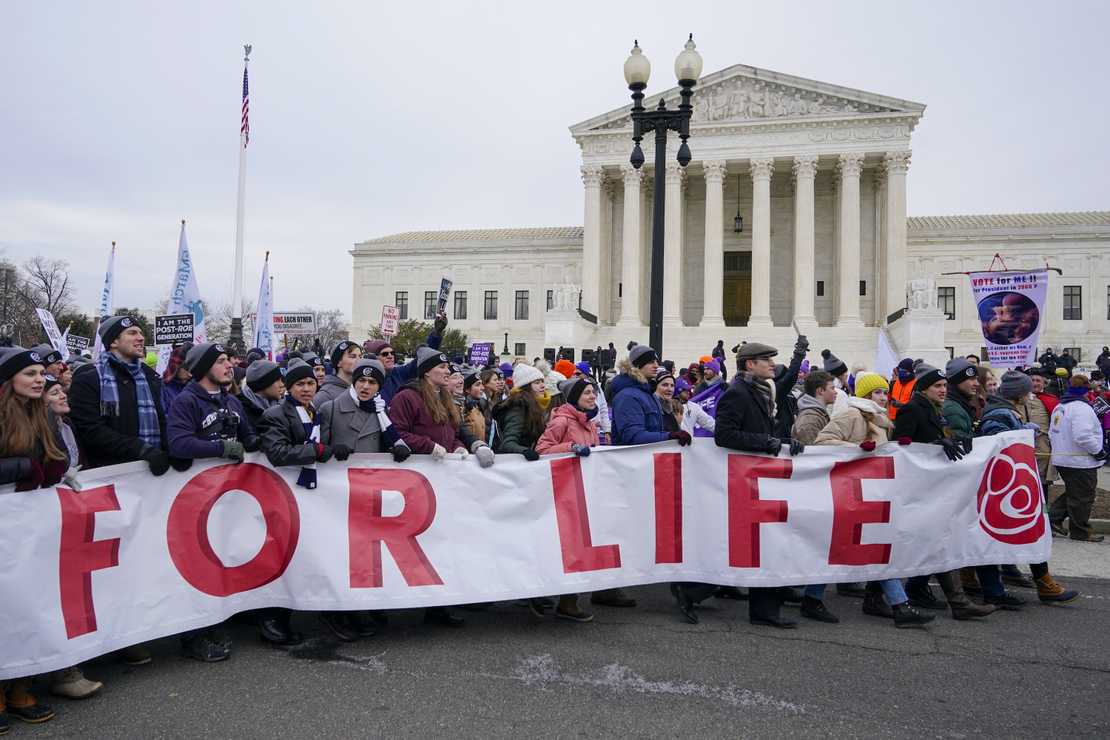 Last year, the Supreme Court officially overturned Roe v. Wade, which not only sent the radical pro-abortion left into hysterics, but it also set the stage for a new pro-life movement to emerge.

Contrary to the narrative of the pro-abortion left, abortion wasn’t outlawed in the United States — the issue was merely sent back to the individual states to regulate as they see fit. Now that Roe v. Wade is gone, the pro-life movement has to adapt because the fight to prevent the barbaric killing of unborn children is far from over.

On Wednesday, Susan B. Anthony Pro-Life America (SBA) held a press conference, during which Mary Dannenfelser, SBA’s president, explained how the pro-life movement priorities are changing. Now that Roe v. Wade is no longer after the Supreme Court’s ruling in Dobbs v. Jackson Women’s Health Organization, Dannenfelser said that SBA will be on elections and legislation.

“I’m here to talk to you about the brand new pro-life movement, this is week one and the very beginning of a new life for a new movement, a moment of innovation, a moment of excitement and a moment where we are building momentum,” Dannenfelser declared. “Our top two priorities for the next two years are simple, to engage and win in the states, and to win back the presidency.”

According to Heritage Action Executive Director Jessica Anderson, one of the reasons why there was no red wave during the 2022 midterms is that they failed to “adequately combat the Left’s dishonest messaging on abortion.” SBA’s new strategy seems to acknowledge this failure. One of the states they’re targeting is Virginia, where Gov. Glenn Youngkin is hoping to get a 15-week abortion ban passed.

Related: Does Trump Have a Point About the Abortion Issue?

According to SBA’s own polling, 61% of voters in Virginia are highly in favor of a 15-week abortion ban and protecting unborn children who can feel pain.

“By 15 weeks unborn children have fully formed organs, fingers, and toes, and can feel excruciating pain. With the humanity of the unborn child undeniable, over 60% of Virginians — whether they’re pro-life or pro-choice — support limits on abortion at least by 15 weeks,” SBA Pro-Life America’s Southern Regional Director Caitlin Connors said in a statement. “We stand with Governor Youngkin in calling on the Assembly to listen to the clear will of the people and pass this compassionate bill that would save as many as 500 lives a year.”

The poll also found that 60% of “likely voters” who identified as “pro-choice” also supported the 15-week rule. 65% of all Virginia voters also reported being against abortion up until the moment of birth.

The strategy of gauging what the voters of each state support in terms of abortion regulations and pushing for laws that reflect that position is a smart one.

In fact, we’ve seen that Republicans who get such laws passed win elections. In November, Gov. Brian Kemp (R-Ga.) was reelected after signing an abortion heartbeat bill in 2019. Gov. Kim Reynolds (R-Iowa) was reelected after signing a six-week gestational abortion ban. And, perhaps most notably, Gov. Ron DeSantis (R-Fla.) won reelection by 20 points even though he signed a 15-week abortion ban into law back in April.

Related: What the Left Gets Wrong on Abortion Polling

The pro-life movement has to adapt in a post-Roe era, which means that it can’t be so black-and-white on the issue. They have to win the battles they can win and play the long game. Ending abortions won’t happen overnight, and it will take a smart strategy for the movement to expose how radical the pro-abortion Democratic Party is.