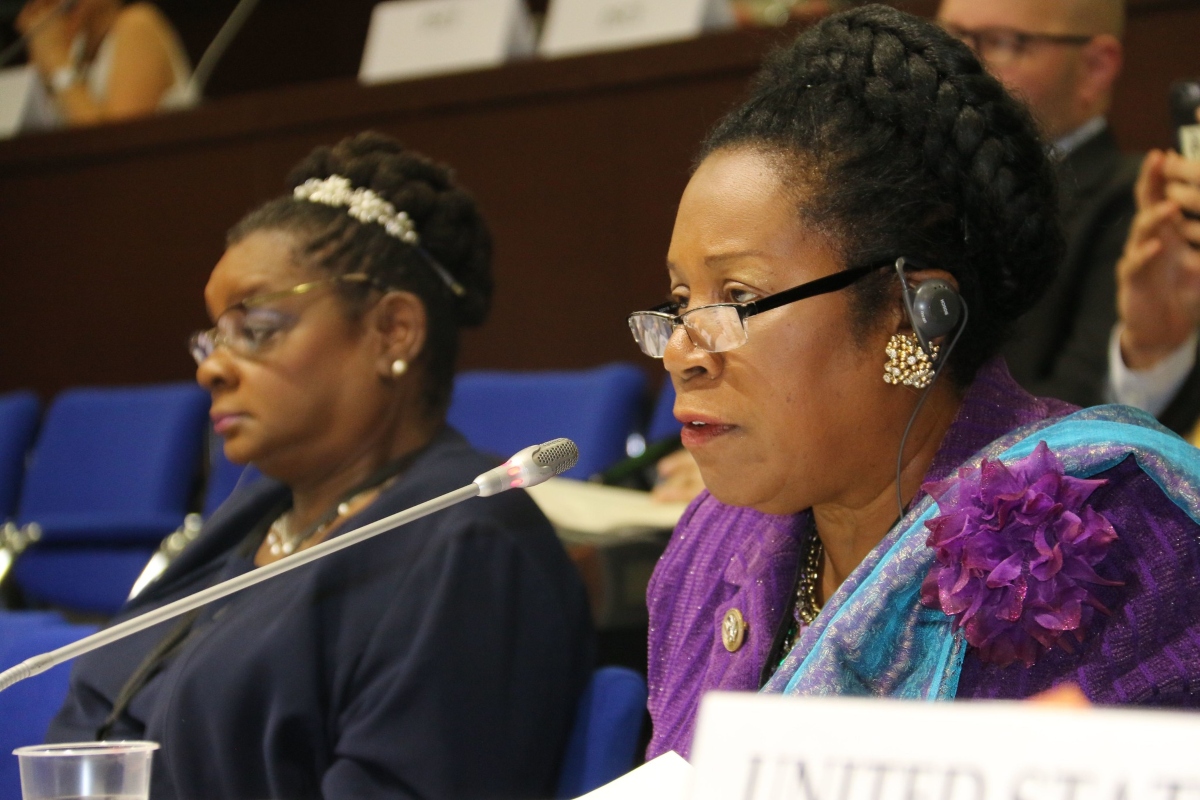 (Natural News)
Once again, a black Democrat is proving that she and her party are among the most racist people in the country and is hellbent on tearing away what is left of the fabric of our society as evidenced by an outrageous, disgusting — and patently unconstitutional — piece of legislation she has just introduced.

Rep. Sheila Jackson Lee, a Texas Democrat who represents one of the most racially gerrymandered districts in the country, does not believe white Americans deserve the full guarantees and protections of the First Amendment.

Lee has introduced legislation called the “Leading Against White Supremacy Act of 2023? which would make it a federal “hate crime” for whites “to question open-borders immigration, advocate for preserving America’s culture and traditional demographic make-up or even criticize minorities,” according to the National File.

Like in far-left European nations, that have turned their federal law enforcement apparatus against their own native-born citizens, under Jackson Lee’s legislation, merely posting online about the decline of American culture, at the hands of open borders immigration, could land a white person in federal prison.

Rep. Sheila Jackson Lee has introduced a House Bill to criminalize “conspiracy to commit white supremacy,” which includes any criticism of non-white people that influences (such as something published or said online) someone who commits a hate crime. https://t.co/QD93bVJmA9 pic.twitter.com/ROwLtvYIha

In short, we have another Democrat of color being a massive racist against whites under the phony guise of ‘battling racism’ and alleged bigotry. How typical.

“Under Jackson Lee’s legislation, if federal investigators determine that the web postings of a third party had “inspire[d]” someone else, even someone they don’t know, to commit a federal hate crime, that person would be arrested, and federally charged with a hate crime of their own,” The National File‘s report continued.

“Specifically, Jackson Lee targets Americans who are in favor of border security, calling out ‘replacement theory’ by name, an ideology that holds that open borders and mass migration into the Western World are part of a deliberate effort to ‘replace’ white people in their native lands,” the report said, adding:

As the legislation explains, two people could be charged in relation to the same, lone wolf-style attack if, “at least one of [them] published material advancing white supremacy, white supremacist ideology, antagonism based on ‘replacement theory’, or hate speech that vilifies or is otherwise directed against any non-White person or group.” Even if they don’t know each other.

In dissecting the bill, Red State noted further: “The provision is so broad that you could drive a Mack truck through it. What is a ‘white supremacy-inspired hate crime’ under this statute? How is ‘replacement theory’ defined? Because what Democrats call ‘replacement theory’ as a way to silence Republicans is often not replacement theory at all but is just a reiteration of Democrat-admitted aims to use immigration to influence elections.”

What’s more, use of the word “or” in section B is also notable because it leaves “vilifies” as a lone qualifier, meaning the limiting principle or guideline is not clear at all. “If I post on social media that Shelia Jackson Lee is an incredibly ignorant, abusive person who has a long history of treating her staff like dirt, does that mean I’ve ‘vilified’ her under this proposed law? It would certainly seem so,” Red State’s Bonchie noted further.

This woman and so many in her party are blatant, open racists and they obviously have animus towards white people, the majority of Americans. It’s a disgrace that the people of her gerrymandered district continue to send her to Congress.

Trump Says DeSantis Running in 2024 Would Be ‘A Great Act of Disloyalty’
Ex-judge in Las Vegas previously under ethics investigation dead of apparent suicide: ‘They have terrorized and lied about me’
Biden’s new adviser is a climate alarmist who claimed to have suffered an ‘acute mental health crisis’ as a result of Trump’s 2016 victory
Thousands of Palestinians Celebrate Mass Murder of 7 Jews at Jerusalem Synagogue (VIDEO)
UK Gov Suspends Vax for Healthy Under-50s, Corporate ‘Fact Checkers’ Obfuscate