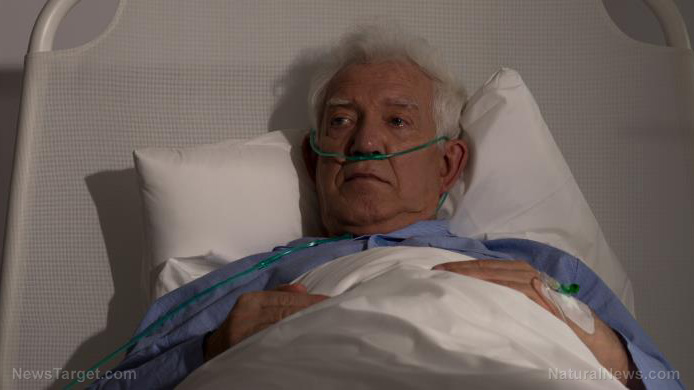 (Natural News)
The Center for Medicare and Medicaid Services (CMMS) announced this week that it has begun auditing the nation’s nursing homes to see if they are accurately diagnosing and treating elderly patients for schizophrenia.

Because of widespread overuse and abuse of antipsychotic pharmaceutical medications in seniors, CMS says it aims to crack down on the drug abuse problem plaguing America’s nursing homes.

“People in nursing homes deserve safe, high-quality care, and we are redoubling our oversight efforts to make sure that facilities are not prescribing unnecessary medications,” said Chiquita Brooks-LaSure, the CMS administrator.

The results of the audit will be used as data in determining ratings for the nation’s nursing homes. Those found to be overprescribing the drugs or handing them out like candy to residents will receive lower scores than ones that are properly caring for residents.

Many nursing homes are dangerously sedating residents with schizophrenia drugs as a way to keep them docile and easy to manage while raking in the dough each month for their boarding. This is against the law, though it is a widespread problem in the United States.

Some 80 percent of Medicare’s long-stay nursing home residents were prescribed at least one psychotropic drug from 2011 to 2019, according to a Department of Health and Human Services (HHS) Inspector General report from last November.

“That figure includes the antipsychotic drugs that CMS has targeted, as well as anticonvulsants, which the inspector general said were being increasingly used in nursing homes,” reported The Wall Street Journal.

A shocking number of prescriptions from 2011 were found by the inspector general to not meet federal standards, which has harmed and killed many nursing home residents who were not even mentally ill and never should have received the drugs in the first place.

“The nursing home industry has used for decades these antipsychotic medications as a way to sedate our most frail and vulnerable citizens,” said Martha Deaver, an Arkansas-based advocate for nursing-home residents and their families.

“This is an issue that could have been remedied. Many lives would have been saved if CMS had done their job, through different administrations.”

The new plan at CMS, which was already supposed to have been monitoring drugging practices at nursing homes, is to conduct targeted audits of nursing homes with a pattern of incorrect schizophrenia diagnoses. Those found to be inappropriately drugging residents will see their star rating drop on Medicare’s Care Compare website.

The inspection reports will also be made public, even if the nursing homes in question are disputing their claims. Previously, these reports were not made public until the dispute process was complete, a process that can take two months or longer.

A nursing home’s star rating would not drop until after the dispute process was complete, but in the meantime the public would be able to see the report and decide whether or not the facility is a proper fit.

There are also efforts afoot by the federal government to crack down on antipsychotic overuse among legitimate mental patients. In 2012, CMS introduced a program specifically for people with dementia to help them cut back on the use of antipsychotic drugs.

Four years later, CMS announced that it had met its goal of cutting such prescriptions by 30 percent, though the entity is still encouraging nursing homes to continue aiming for reduced use of these mind-altering medications.

The latest news about dangerous and ineffective Big Pharma drugs can be found at BadMedicine.news.