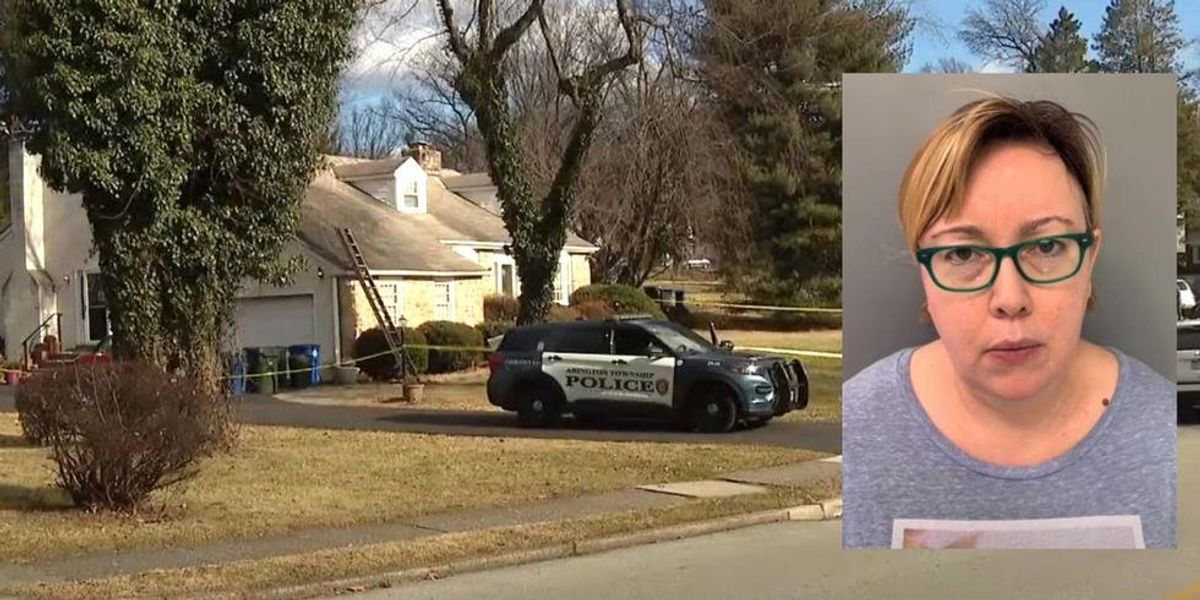 Pennsylvania police discovered a gruesome scene when a man asked them to check in on his elderly parents in Abington Township.

The man said that he believed he saw a body under a blanket at the Jenkintown home.

Inside the home, they found 73-year-old Reid Beck and 72-year-old Miriam Beck dead and in “different stages of dismemberment.”

One body was tightly wrapped with a white bedsheet, and there was evidence of a second body. There was also a chainsaw laying next to one of the bodies.

“There were signs of extreme trauma present,” Steele said. “Verity used this chainsaw and put parts of her parents into trash bags and had covered them up. They were actually in two different trash cans.”

Several firearms were also recovered from the home, according to Steele.

Police arrested Verity Beck, the daughter of the couple who lived at the home. When they asked her where her parents were, she had answered that they were dead.

An autopsy revealed that both of the parents were shot in the head before being dismembered.

Investigators believe they were killed about Jan. 7, based on the last time that a family member had heard their voices. Police also believe that the daughter might have had access to their phones and had been using them to impersonate them in texts.

While investigators didn’t comment on what the motivation for the murders might be, they did indicate that a large safe was found with drill marks in a bedroom of the home. The Daily Beast also reported that Verity Beck had sought a fee waiver to file for bankruptcy in 2020.

Verity Beck was charged with first and third degree murder and is being held without bail at the Montgomery County Correctional Facility.

Not Letting Up: Doocy, Bruce, Wegmann PUMMEL KJP Over Classified Docs
19-year-old Iowa woman claimed to have football-sized tumor on her spine, but police say it was all a scam
KDJ Unwoke Cocktail of the Week – The NO POMEGRANATES!
Kamala Harris Accidentally Tells Us the Horrible Truth About Democrats
NewsBusters Podcast: Kevin McCarthy vs. Hostile Reporters and Fact Checkers