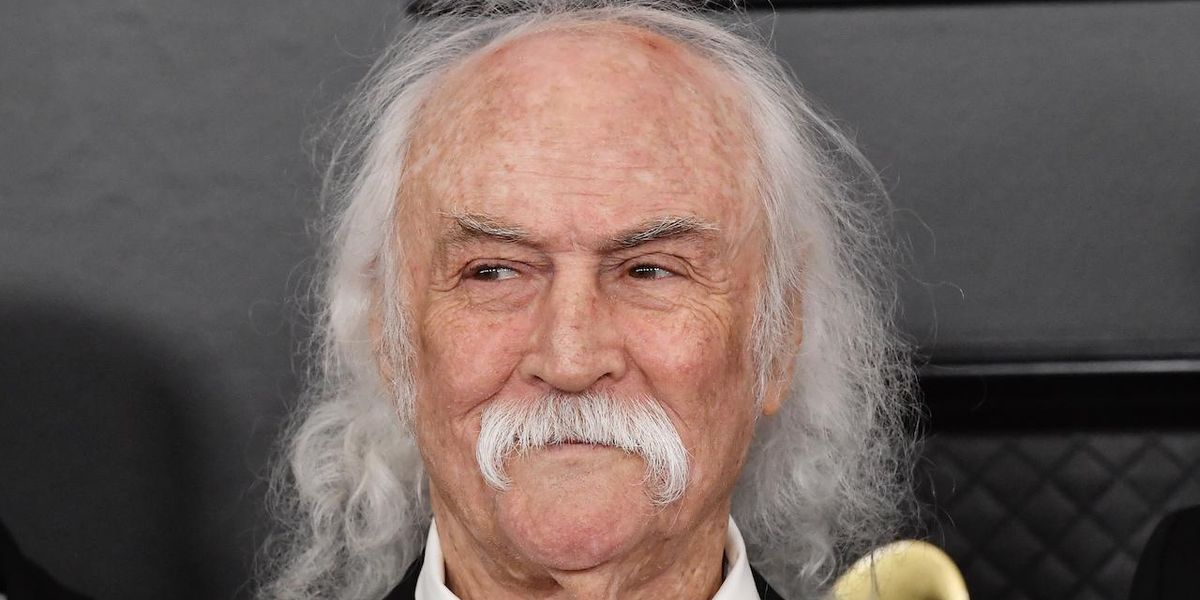 Many readers of the Blaze heard the news that David Crosby — iconic singer-songwriter for two legendary classic rock bands, The Byrds and Crosby, Stills, Nash & Young — died Wednesday at the age of 81.

Interestingly, Crosby tweeted about heaven the day before he passed away. But his thoughts on the subject don’t seem to come across as terribly encouraging or hopeful, as he says he’s “heard” that heaven is “overrated”:

Crosby was commenting on a series of tweets — that admittedly come across as fairly sarcastic — about the likelihood of people with tattoos (or who drink alcohol or who eat too much pork or who are short) going to heaven.

Crosby, in an apparently equally quippy mood, tweeted in response, “I heard the place is overrated….cloudy.”

On that same day, Crosby responded to a tweet asking for opinions about the best Beatles’ song for a rainy day, and he
replied “Rigby” — a reference to “Eleanor Rigby,” the Fab Four’s famously dark tune about a priest who prepares a sermon “no one will hear” along with the protagonist who “died in the church and was buried along with her name,” noting that “nobody came” to her funeral and “no one was saved.”

While it’s impossible to know for a fact the status of Crosby’s relationship with God when his life came to an end, the outspoken artist didn’t shy away from making his thoughts known throughout his career regarding religion and the possibilities of God, Jesus, heaven, and the afterlife.

What did Crosby have to say?

In reference to “Deja Vu” — the title track from CSNY’s first album released in 1970 — Crosby said in 2008 that it’s about reincarnation: “I’m one of those people who thinks we go round again. The Buddhists have got it right — it’s a wheel and we get on and get off. I think life energy gets recycled. That’s why I wrote ‘Déjà Vu.'”

Crosby also wrote a song called “Laughing” as a response to a conversation he had with George Harrison of the Beatles who was telling Crosby about a guru in India. But Crosby noted that he “doesn’t believe in God and [is] not really a big fan of religion,” yet he also didn’t want to offend Harrison. With that, “Laughing” — a musical reply to George — was born. Some of the lyrics:

I was mistaken, only reflections of a shadow that I saw […]

I was mistaken, it was only a child laughing in the sun

Crosby also hopped on Twitter a good bit in the last years of his life, and some of his takes on the topic at hand made it to his feed:

u201cdoes anyone know of a religion that does NOT class women as less than men ?n#dontlikereligionu201d

Here, a Twitter user asks Crosby about his great-grandfather who was in Christian ministry and wonders if faith played a role in his life growing up and how he feels about church now:

u201cEpiscopalian …sort of catholic light …just didnu2019t exactly make sense to me ….I think we just didnu2019t know WTF was going on and thought up god to explain it allu201d

Another Twitter user asked Crosby what he’d do if he had a time machine at his disposal. His answer shows at least some curiosity about Christ:

u201cI think about that often ….maybe see if the Jesus story was even vaguely true ….or DDay or. Hmmm damn….so many …u201d

Interestingly, two of Crosby’s bandmates from The Byrds — Roger McQuinn and Chris Hillman — are believers in Jesus, and Crosby commented on that fact in another tweet:

u201cThere is nothing wrong or even weird about Roger and for that matter Chris either ..being Christians …they both try to walk the walk not just talk about it ….thatu2019s fine with me nThey are trying to be decent human beings nWe are on the same sideu201d

Here are a couple of similar takes:

A couple of times Crosby equated “heaven” with “fairy tales”:

u201cu201c@jkingrvh: @thedavidcrosby when God asks you to sing in Heaven, who will accompany you?u201dnFairy tales againu201d

Crosby in a couple of other tweets ripped “bible thumper crap” — but also acknowledged the possibility of life after death (albeit not the “Christian heaven stuff”):

u201cu201c@SMTaylorauthor: @thedavidcrosby Do you think there’s any possibility of life after death? (obviously not the Christian heaven stuff!)u201dnYesu201d

In the following tweet, Crosby seems to distance himself from the biblically inspired aspects of “Turn! Turn! Turn!” — an early hit by The Byrds with lyrics that borrow from the Book of Ecclesiastes: