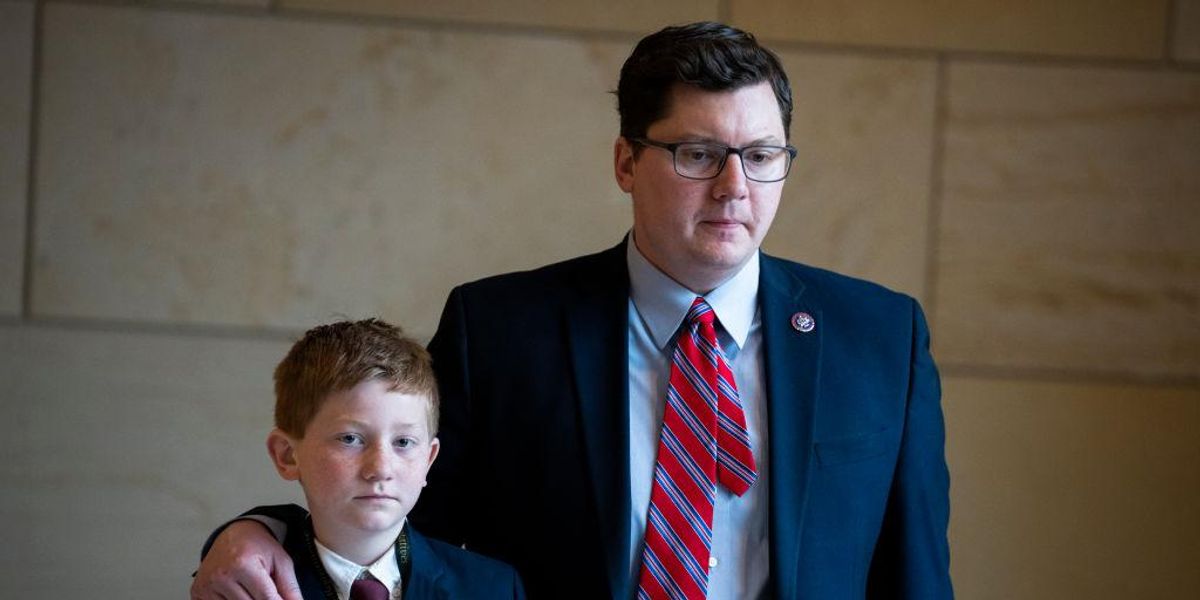 A 32-year-old man from Lawrence, Kansas was convicted this week of a single count of threatening a government official after he left a number of threatening voicemails for Republican Rep. Jake LaTurner (Kan.). The defendant, Chase Neill, said in his defense that he did not intend to personally threaten LaTurner, and that he was merely relaying a message from God, with whom he claimed to communicate personally.

After two hours of deliberation, the jurors rejected this argument, returning a guilty verdict on the one count Neill faced. Neill is set to be sentenced on April 11th and faces a possible sentence of 10 years in prison.

Neill acted as his own attorney, and testified on the witness stand Thursday that he received a message from God that LaTurner’s life was in danger due to ” ignoring concerns about sorcery, wizards, extraterrestrials and a war for people’s souls.” He admitted that he left a voicemail on June 5, 2022, that included the words “I will kill you,” as well as a number of other threatening voicemails afterwards. However, he claimed he was trying to convey that LaTurner faced death from God himself as a result of his actions. In his closing remarks, he said, “This is not me saying, ‘I’m going to chase you down with a knife,’ or something like that.”

He also said, during his testimony, that “I’m really trying to explain how I interact with God, and it’s a difficult explanation.” He claimed that he spoke “directly” with God about “matters concerning over 400 million lives lost with high sorcery.” There was some indication that Neil had suffered some kind of head trauma in 2018, but U.S. District Judge Holly Teeter ruled that he was competent to stand trial and to assist his attorneys in preparation with his defense.

LaTurner testified at the trial, and said in a post-verdict statement that “violence and threats of violence have no place in our society.”