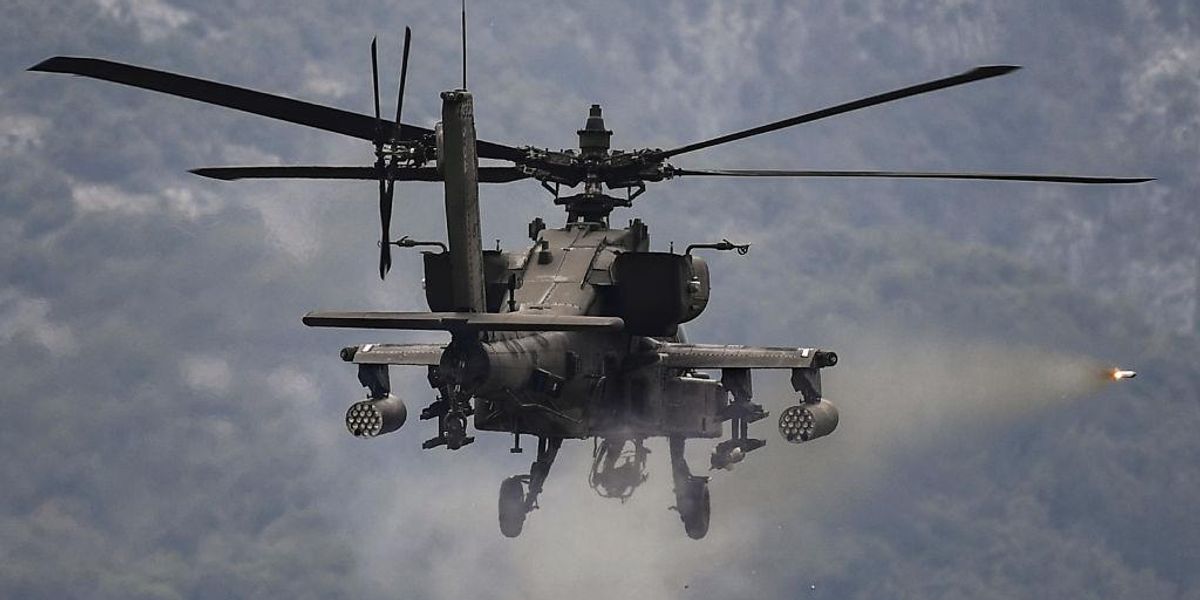 Republican congressmen introduced a resolution earlier this month to authorize American military action against the terroristic drug cartels that have overwhelmed Mexican government forces and trafficked the number one killer of adults 18-45 into the United States. That resolution is fast gaining support in the House.

Reps. Mike Waltz (R-Fla.) and Rep. Dan Crenshaw (R-Texas) introduced a resolution on Jan. 12 to “authorize the use of United States Armed Forces against those responsible for trafficking fentanyl or a fentanyl-related substance into the United States or carrying out other related activities that cause regional destabilization in the Western Hemisphere.”

TheBlaze previously reported that fentanyl is the leading killer of adults ages 18-45. 10% of the significant drop in life expectancy recently noted in the U.S. has been attributed to the corresponding spike in opioid overdoses, which exceeded 80,000 in 2021.

Rep. David Trone (D-Md.) said in September that “It’s equivalent to one 737 (jet) every day going down, no survivors. It’s a mind-boggling number of deaths.”

The Congressional Joint Economic Committee concluded last year that the financial damage of the opioid crisis, after adjusting for inflation, carried a cost to the U.S. economy in 2020 of approximately $1.47 trillion, representing a $487 billion increase over 2019 and a 37% increase from 2017.

Waltz said in a statement, “It’s time to go on offense.”

“Not only are these paramilitary transnational criminal organizations responsible for killing an unprecedented number of Americans, but they are actively undermining our sovereignty by destabilizing our border and waging war against U.S. law enforcement and the Mexican military,” added the Florida Republican.

Crenshaw claimed that the cartels are at war with the U.S., “poisoning more than 80,000 Americans with fentanyl every year, creating a crisis at our border, and turning Mexico into a failed narco-state.”

“It’s time we directly target them,” said Crenshaw. “We cannot allow heavily armed and deadly cartels to destabilize Mexico and import people and drugs into the United States. We must start treating them like ISIS – because that is who they are.”

The “Authorization for Use of Military Force Cartel Influence Resolution” would enable the president to lay waste to the cartels.

“Unless this situation changes and we take back control from the cartels, for the trafficking coming across our border, it will only get worse,” said Lines.

The cartels whose drugs have killed hundreds of thousands of Americans are getting increasingly brazen, especially as the efforts by Mexican military and police force repeatedly prove wanting, despite receiving billions of dollars in assistance from the U.S. since 2006.

The Council on Foreign Relations noted in a report last year that Mexico has seen over 360,000 murders since 2006, when the government declared war on the cartels.

Parts of the country were transformed into warzones.

u201cSinaloa Cartel firing a .50 Cal Barrett anti-materiel rifle at a plane of the Mexican Air Force near the Culiacu00e1n Airport following the arrest of El Chapou2019s son Ovidiou201d

Waltz told Fox’s “Sunday Morning Futures” earlier this month, “They are defeating the Mexican army. These are paramilitary entities with billions and billions at their disposal.”

Extra to dealing in death and violence, the cartels have also exacerbated the crisis at the border.

Arizona Republic reported in December that cartels “have increased their involvement in migrant smuggling over the past decade, transforming the operation into a multibillion-dollar enterprise.”

They have played a significant role in violating American sovereignty by helping to smuggle illegal aliens into the U.S.

Recognizing the need to put these cartels in the ground, Reps. Jake Ellzey (R-Texas) and Beth Van Duyne (R-Texas) signed on to cosponsor the legislation on Jan. 17.

To go into effect, the resolution must be passed by both the House and the Senate and then signed by the president.

It is unclear what impact this war measure will have on China, America’s preeminent adversary, which is reportedly involved with the cartels’ manufacture of fentanyl.

According to Craig Singleton, senior fellow at the nonpartisan Foundation for Defense of Democracies, “since approximately 2013, China has been the principal source of the fentanyl flooding America’s illicit drug market.”

The Republican Study Committee in the previous Congress indicated that “a significant portion of China’s fentanyl manufacturing … moved to Mexico where cartels set up their own operations to produce fentanyl using precursor chemicals from China.”