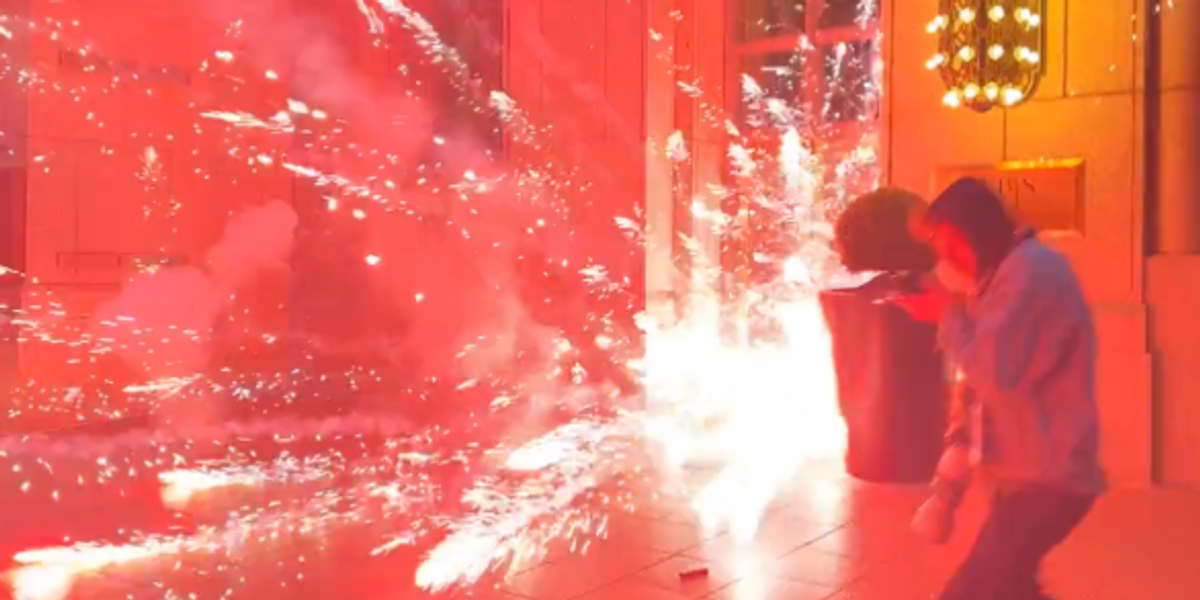 Explosive video shows a riot breaking out in Atlanta following a protest against fatal police shooting at the future Atlanta Public Safety Training Center that has been nicknamed “Cop City.”

On Wednesday, police fatally shot activist Manuel Esteban Paez Teran. The 26-year-old staged a protest at the future site of a planned public safety training center to be constructed in a southeast Atlanta forest.

Teran – who called himself “Tortuguita” – reportedly refused to comply with law enforcement, according to the Georgia Bureau of Investigation. Teran allegedly shot a Georgia State Patrol Trooper at Intrenchment Creek Park. Other law enforcement officers returned fire, struck Teran, and killed him.

Protests against the police shooting were organized for downtown Atlanta at 5 p.m. on Saturday.

Protesters held signs that read: “They Can’t Kill Us All” and “Trees Give Life, Police Take It.” There were also chants of “Stop Cop City” and “If they build it, we will burn it.”

However, the event of about 300 participants turned violent within an hour.

Rioters launched fireworks and threw large rocks at the Atlanta Police Foundation building in downtown Atlanta. Two police cruisers were set on fire and other APD vehicles had bricks thrown at them. Windows of local businesses were smashed during the riot revolving around the “Cop City” controversy.

u201cBREAKING: A crime scene has been established in Atlanta as cops work to secure a perimeter around two vandalized PD vehicles. One fully engulfed in flames, another has a smashed windshield. This is a rapidly developing situation, weu2019ll have updates on @FOX5Atlanta #COPCITY #ATLu201d

u201cHere are some pictures from the @WellsFargo along Peachtree Street in downtown Atlanta. A witness tells me a group handed him a stop “cop city” flier, and then he saw them smash several windows. There’s still a heavy police presence in the area. @11AliveNewsu201d

u201cAs police showed up the crowd split in mostly two directions with the largest chunk of people able to move away from police presence. After the majority of arrests took place we noticed one of the cop cars smashed up was also lit ablaze.u201d

The Atlanta Police Department issued a statement on the violence:

The Atlanta Police Department is aware of the ongoing events, and we will continue to monitor them and address accordingly. We stand ready to respond to demonstrations to ensure the safety of those in our communities and those exercising their first amendment right, or to address illegal activity, should the need arise.

The office of Georgia Gov. Brian Kemp released a statement:

The governor remains well informed of the situation through regular updates from state law enforcement and is actively monitoring the situation. State patrol is well equipped to respond to any and all threats to public safety and is coordinating closely with other state agencies and local PD. While the state continues to respect peaceful protest, acts of violence against person or property will NOT be tolerated. Those committing such unlawful acts will be arrested and prosecuted fully.