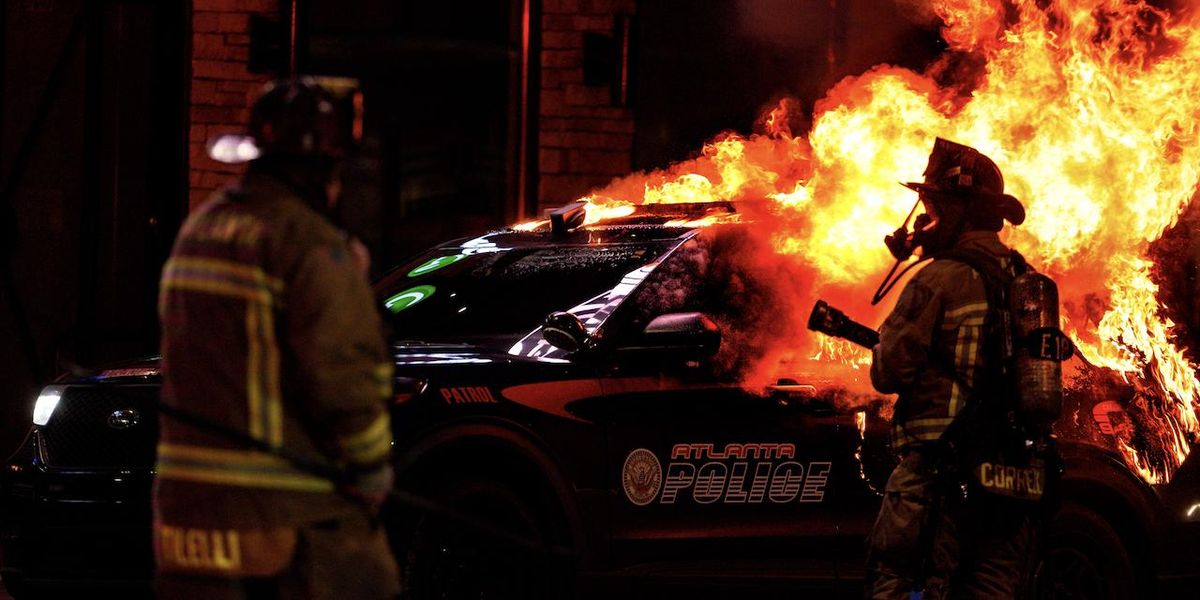 Georgia Attorney General Chris Carr told media members in Atlanta to stop referring to the “Cop City” rioters as “protesters” amid lawlessness in the city this weekend.

The protest for Teran turned violent within an hour as rioters launched fireworks and threw large rocks at the Atlanta Police Foundation building in downtown Atlanta. Two police cruisers were set on fire, bricks were thrown at other APD vehicles, and windows of local businesses were smashed.

What did media outlets do?

Media outlets, while acknowledging the rioting, still emphasized that the protest began as “peaceful.”

NPR, for example, wrote that “the initial hour of the demonstration had been peaceful …”

A WAGA-TV reporter — narrating during a live video showing a vehicle fire raging in the background — said “it was a largely peaceful protest”:

u201cLocal Atlanta reporter calls the protest in Atlanta “largely peaceful protest” as a police cruiser is on fire in the background.nnYou can’t make this stuff up.u201d

Freelance journalist David Peisner raised the question to CNN — as videos of the chaos in Atlanta flashed onscreen — if property destruction can be considered violence.

“I think that there’s a real blurring of the lines in the use of the word ‘violence.’ Is property destruction violence? To some people it certainly is. But, you know, this idea that breaking windows or other acts of property destruction are the same as actual violence against humans, it’s kind of a dangerous and slippery concept,” Peisner said.

Republican Georgia Gov. Brian Kemp tweeted Saturday that “violence and unlawful destruction of property are not acts of protest. They are crimes that will not be tolerated in Georgia and will be prosecuted fully.”

The Sad State of MSNBC’s Recycled, Tired Vax Propaganda Targeting Men
‘I’m of Puerto Rican descent and I find it offensive’: Democrats seek to ban government use of ‘Latinx’ in Connecticut
Pentagon ‘confident’ spy balloon aloft in US airspace is Chinese
How Hollywood Helped Create, and Destroy, Time’s Up
Baby, kidnapped in December, dies weeks after he and his twin brother were rescued