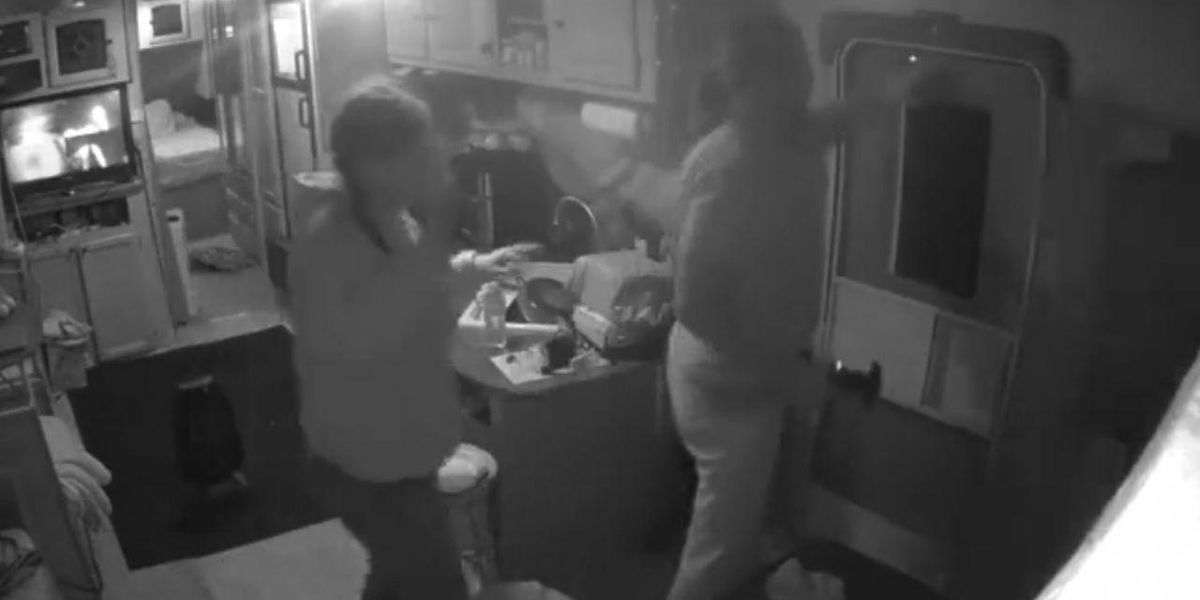 SWAT team officers in North Carolina repeatedly shot an unarmed man who was wrongly suspected of taking another person hostage, the New York Post reported. The man was subsequently accused of communicating threats and resisting arrest, but home surveillance footage may reveal a different story.

Around 11 p.m. on December 13, 41-year-old Jason Kloepfer and his wife, Alison Mahler, were awakened by SWAT team officers with the Cherokee Indian Police Department and the Cherokee County Sheriff’s Office.

According to Cherokee County Sheriff’s Office, they received a 911 call of shots being fired. Believing a gunman was holding another person hostage inside Kloepfer’s mobile home, authorities obtained a search warrant to enter the residence.

The sheriff’s office, not having a tactical unit of its own, requested assistance from the Cherokee Indian Police Department’s SWAT team.

In the initial press release, authorities alleged that Kloepfer “engaged in a verbal altercation with officers.” Police said they responded by opening fire on Kloepfer because he “confronted” authorities.

The video captures authorities throwing a robotic device with a light source and cameras into the home. Kloepfer and Mahler, who appear to be asleep in the back room, are woken up due to the commotion.

Confused by the situation, Mahler asks, “What is going on?”

Kloepfer then notices the police robot and picks it up.

Moments later, officers can be heard on a loudspeaker stating, “Step outside the door onto the deck and show us your hands. Jason, we just want to talk to you. Come outside.”

Kloepfer turns on the lights in the home and approaches the door. With the police robot still in his hand, Kloepfer opens the door and attempts to step outside with his hands up.

Moments later, police responded by opening fire. The shots to Kloepfer’s chest caused him to stumble backward and fall onto the floor.

“He’s shot! What the hell did you do?” Mahler yells to the officers.

Officers again order the couple to exit the home with their hands up, but the two explain that Kloepfer cannot comply because of his injuries.

Dragging himself across the floor, Kloepfer raises his hands and states, “I don’t have a gun!”

Two SWAT officers step over Kloepfer to search the residence. After concluding that no one else is inside the camper, one of the officers orders his team to “start working on” Kloepfer while waiting for the ambulance to arrive.

Another officer interrupts him and warns, “Hey, there’s cameras, cameras.”

They conclude the second sweep of the home without exchanging further conversation.

Kloepfer was transported to the hospital in stable condition. He was charged with communicating threats and resisting, obstructing, and delaying.

“I am physically doing better, mentally me an Ali ain’t so good on this one,” Kloepfer wrote on social media last week. “We are out of state for fear of our lives since I got out the hospital.”

“This has been and still is a horrible nightmare we are trying to get thru [sic],” he added.

Kloepfer noted that he could not discuss his case but maintained that the charges against him were “completely wrong.”

“Since the Cherokee County Sheriff’s Office does not have a tactical team to handle a hostage event, I requested assistance from the Cherokee Indian Police Department SWAT Team,” Smith wrote. “Subsequently, members of CIPD SWAT fired shots at an individual who emerged from the home, injuring him.”

“Neither myself nor Chief Deputy Justin Jacobs were on the scene at the time of the shooting, so we relied on information provided to us from the Cherokee Indian Police Department,” he stated. “My goal with issuing that press release was not to comment on the subsequent criminal investigation, which remains ongoing, but rather to update the public on a dangerous situation.”

‘His art gives us hope’ Art dealer claims Hunter Biden ‘will become one of the most consequential artists in this century’
SCOTUS Did Not Disclose Financial Relationship With ‘Independent’ Expert Hired to Validate Leak Probe
Tommy Robinson: “The Phantom Rape Gang” – How “Hope Not Hate” Invented Fake Racism Charges
David DePape confesses to hammer attack in interrogation audio, issues chilling new statement: ‘So sorry I didn’t get more of them’
Illegal alien with MS-13 ties arrested for rape and murder of 20-year-old American autistic woman