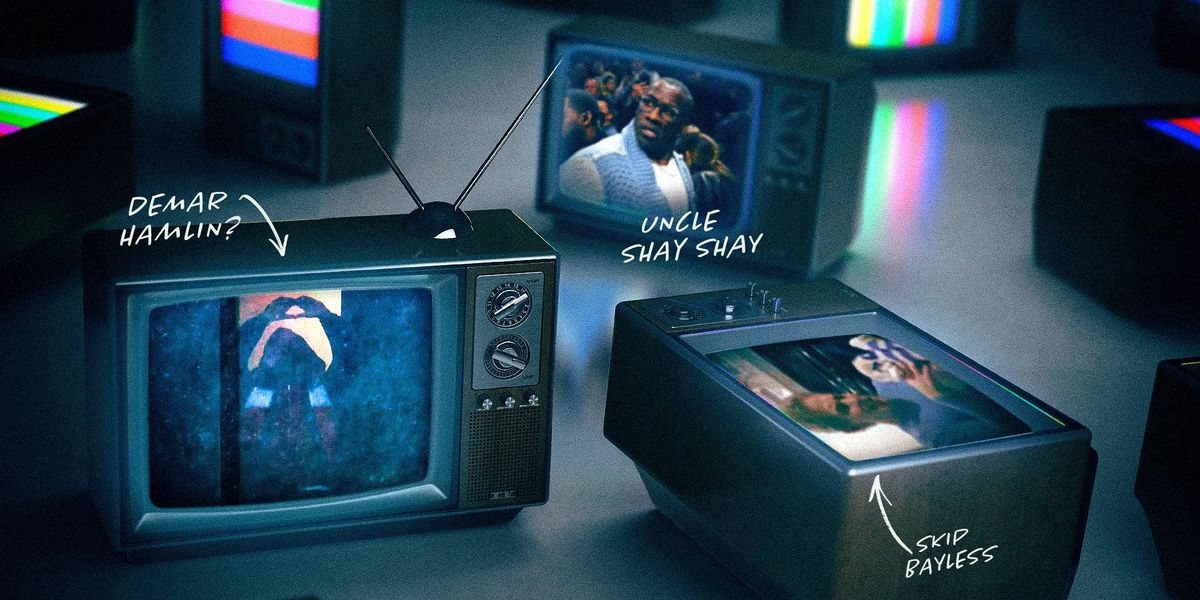 The unholy alliance between television and social media has greatly increased the separation between reality and truth.

Reality and truth are not the same. Man creates reality. God ordains truth. According to the dictionary, reality is “a resemblance to what is real.” Television and social media have turned reality hostile to truth.

That’s why we may never learn the truth about what caused Buffalo Bills safety Damar Hamlin to collapse on the field. The NFL is a reality TV show dependent on the advertising dollars of Big Pharma and other global corporations. The essence of professional sports is no longer competition. The invariable nature of sports is now programming. It is content designed to hold the attention of viewers long enough to pitch them a product – preferably a pill manufactured to mask symptoms of internal human rot.

This is not new. What’s new is the level to which programming concerns supersede and diminish the exploration of truth.

Sunday afternoon, as CBS broadcast Buffalo’s playoff loss to the Cincinnati Bengals, the network trumpeted the fact that Damar Hamlin cheered on the Bills from a suite inside Highmark Stadium. On numerous occasions, cameras cut to Hamlin allegedly reacting to the action on the field.

I use the word “allegedly” because the image of Hamlin was so fuzzy behind the glass and snow that it could easily have been an actor wearing a hoodie and gaiter face mask. Earlier footage of Hamlin entering the stadium clearly showed his mom and little brother stepping onto an elevator, but it was impossible to see Hamlin beneath a hoodie, gaiter, sunglasses, and a bowed head. Security guards blocked cameras from getting too close to Hamlin.

I believe Hamlin attended the game and that he was the guy wearing the hoodie and gaiter. But I believe his handlers have advised him to follow a carefully crafted script, a reality script that will allow him to charge maximum dollars for his on-camera interviews. Hamlin is the star of the “Damar Hamlin Reality Show.” He’s the subject of a documentary that he and his team are likely producing in real time. They’ll auction the documentary and any interviews to the same global corporations and networks that finance the NFL.

Hamlin is most valuable over the next year as a mystery, not as a whistleblower or truth-teller. The truth about what happened to him on Monday Night Football a month ago is totally irrelevant in comparison to how much money he can earn by telling a story that pleases advertisers.

This is the power of television and social media. Separately they harm the truth. Together they annihilate truth, reducing it to an unrecognizable rubble and a weapon of mass destruction.

Television and social media turned Derek Chauvin and George Floyd into a nuclear weapon. Floyd died of a lethal combination of fentanyl, stupidity, non-compliance, and officer-involved indifference. TV and social media demolished those truths and put Chauvin and America on trial for white supremacy.

I don’t make that analogy to accuse Hamlin of doing something wrong. I’m pointing it out so we can deal with the time we’re living in. We’re living in an era in which truth has no value. We prefer entertaining lies over uncomfortable truths. We canonize actors and performers disguised as influencers and then wonder why we’re running dangerously low on leaders, builders, and reverence of truth.

So CBS played along with the Damar Hamlin mystery on Sunday. Every network is playing along because every network is bidding for Hamlin’s first, second, and third interviews.

Will he sit down with Oprah Winfrey? Or will Michael Strahan land Hamlin on “Good Morning America”? Or maybe Fox Sports backs up a Brinks truck for Tom Brady to interview Hamlin during Super Bowl coverage?

No one wants to upset Hamlin, his handlers, or Big Pharma by pursuing the truth behind his on-field collapse. Maybe it was the routine football hit that did it. Maybe it’s a consequence of the vaccine. I’ll never trust any explanation, because the explanation will come with a purchase price we will never know.

We live in a post-truth world, where actors and performers acquire wealth, fame, and privilege for the dishonest roles they play that resemble what is real. This dishonesty has overtaken professional sports, turning football and basketball into the WWE.

Friday night, Shannon Sharpe played the role of Uncle Shay Shay at the Lakers game. The co-host of a televised sports talk show, the Hall of Fame NFL legend pretends to be a LeBron James groupie opposite his co-host Skip Bayless, a LeBron critic. Uncle Shay Shay picked a fight with members of the Memphis Grizzlies, briefly halting the game. Security escorted Uncle Shay Shay from his courtside seats.

Sharpe, wearing a loud knitted sweater, returned in the third quarter. He reconciled with the father of Memphis star Ja Morant.

Sharpe bragged to an ESPN reporter: “They didn’t want this smoke. They do all that talking and jockeying, and I ain’t about that jockeying. … You don’t want these problems. … But I wanted anything they had. Don’t let these fools fool you now.”

Sharpe has fully embraced his TV and social media character. He’s on stage performing 24/7. So is his partner, Bayless. Sunday night, after the Cowboys’ loss, Bayless filmed himself tossing a Dak Prescott jersey into the trash.

This is how people behave in a post-truth world. Every human emotion and engagement is content to be exploited.

Damar Hamlin nearly died on a football field. It didn’t take long for handlers to turn that tragedy into a potential reality payday.

I’d rather live in God’s world than live without Him in mine.