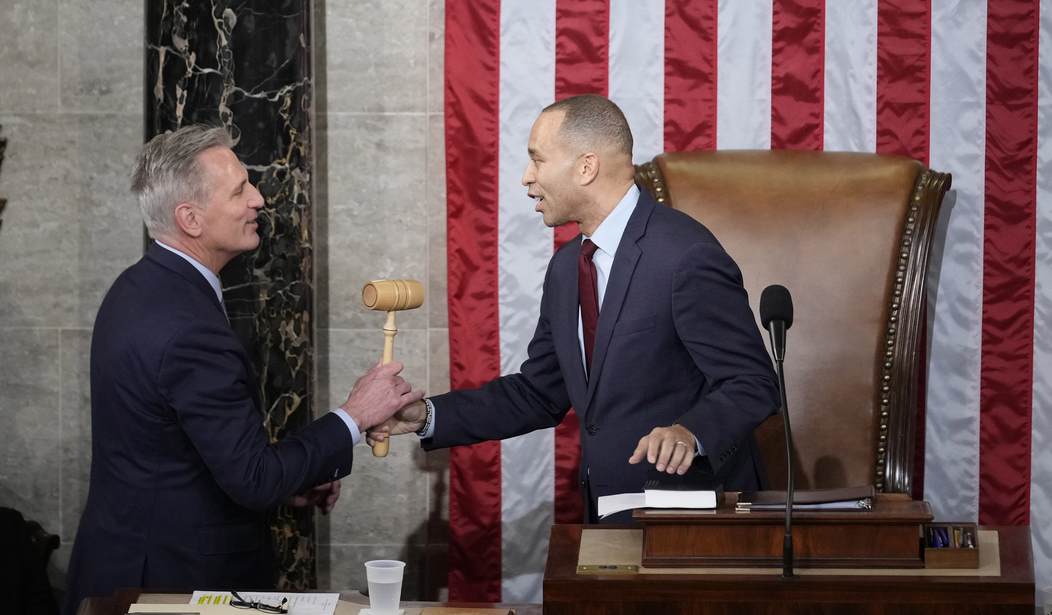 Democrats have never learned to live by the same rules they expect Republicans to follow.

When Democrats were in the minority in the Senate, they used the filibuster to block George W. Bush’s judicial nominees. When Obama became president, they got rid of the filibuster so that the GOP minority couldn’t do the same thing. They would later regret it when President Trump was able to transform the judiciary because the Democrats had gotten rid of the judicial filibuster (except for Supreme Court nominees) a few years earlier.

One would think that after getting a taste of their own medicine, they would learn to stop playing partisan games, but of course, they didn’t. In 2021, Rep. Marjorie Taylor Greene (R-Ga.) had her committee assignments taken away over past comments she made. Republicans warned Democrats at the time that they were setting a “dangerous” precedent whereby the majority party could punish a member of the minority party by taking away their committee assignments. The warning was not heeded, and later that year Democrats also censured Rep. Paul Gosar (R-Ariz.) for a video he tweeted and took him off of committees. Democrats also pushed for Rep. Lauren Boebert (R-Colo.) to lose her committee assignments over a joke she made about anti-Semitic Rep. Ilhan Omar.

Rep. Kevin McCarthy (R-Calif.) warned Democrats back then that once the Republicans had the majority again, they’d hold Democrats to the same standard. He even said which Democrats were likely to lose their committee assignments; they knew it was going to happen. Speaker McCarthy followed through on his promise, and Reps. Ilhan Omar (D-Minn.),  Eric Swalwell (D-Calif.), and Adam Schiff (D-Calif.) have all lost their powerful committee assignments.

Now, House Minority Leader Hakeem Jeffries has formally nominated Schiff and Swalwell to serve on the House Permanent Select Committee on Intelligence — setting up what should be an interesting showdown.

“Together, these Members have over two decades of distinguished leadership providing oversight of our nation’s Intelligence Community, in addition to their prosecutorial work in law enforcement prior to serving in Congress,” Jeffries claimed. He ignored the fact that Schiff falsely claimed to have seen intelligence that Trump colluded with Russia and heavily promoted the debunked Steele dossier, and that Swalwell had an affair with a Chinese spy.

“Swalwell can’t get a security clearance in the private sector. I’m not going to give him a government security clearance. Schiff has lied to the American public,” McCarthy said earlier this month. “We will not allow him to be on the Intel Committee either.”

“It’s not like it’s anything new,” McCarthy added. “Remember, this is what Nancy Pelosi — this is the type of Congress she wanted to have.”

Jeffries doesn’t see it that way. “The denial of seats to duly elected Members of the House Democratic Caucus runs counter to the serious and sober mission of the Intelligence Committee,” Jeffries wrote.

Democrats have claimed that the refusal to seat Schiff and Swalwell is retaliatory. However, the facts belie this claim. Republicans had called on both Schiff and Swalwell to resign from the House Permanent Select Committee on Intelligence, in 2019 and 2020 respectively, before Greene and Gosar were stripped of their committee assignments in 2021. Those calls were ignored.

So, as Jeffries seems intent on fighting the standard set by Nancy Pelosi, the question I have is whether or not McCarthy will cave. As speaker, McCarthy has the right not to seat Schiff or Swalwell.

What really poured salt on the wound of Democrats having to live by the same rules they impose on Republicans is that McCarthy has allowed Rep. George Santos to serve on committees (though none of them are top committees).

“At the same time that Republicans have threatened to deny seats on the Intelligence Committee to clearly qualified democratic members, serial fraudster George Santos has been placed on two standing committees of the House and welcomed into your conference,” Jeffries wrote. “The apparent double standard risks undermining the spirit of bipartisan cooperation that is so desperately needed in Congress.”

It really isn’t a double standard, but perhaps McCarthy should strip Santos of his committee assignments. It would prove that Republicans are fairer on the issue of committee assignments than Democrats ever were. I’d be okay with that. From there, both sides can establish bipartisan standards for committee assignments that both will be expected to follow in the next Congress. McCarthy can’t back down on Schiff or Swalwell without a revolt in the GOP, but he can sacrifice Santos and effectively turn the tables on the Democrats, who haven’t held their own members accountable.

New York Times Argues that Classified Documents Are No Big Deal Unless President Trump Is Involved
‘Unwoke’ With Kevin and Kruiser #60: Can Diversity Dems Ditch Kamala?
Dr. Simone Gold countersues AFLDS board for suing her over claims that she misrepresented herself as group’s head
Netanyahu Schools Tapper For Calling Reforms ‘Pretty Outrageous’
How and Why the Left Is Making the Memphis Cops Into ‘Racists’