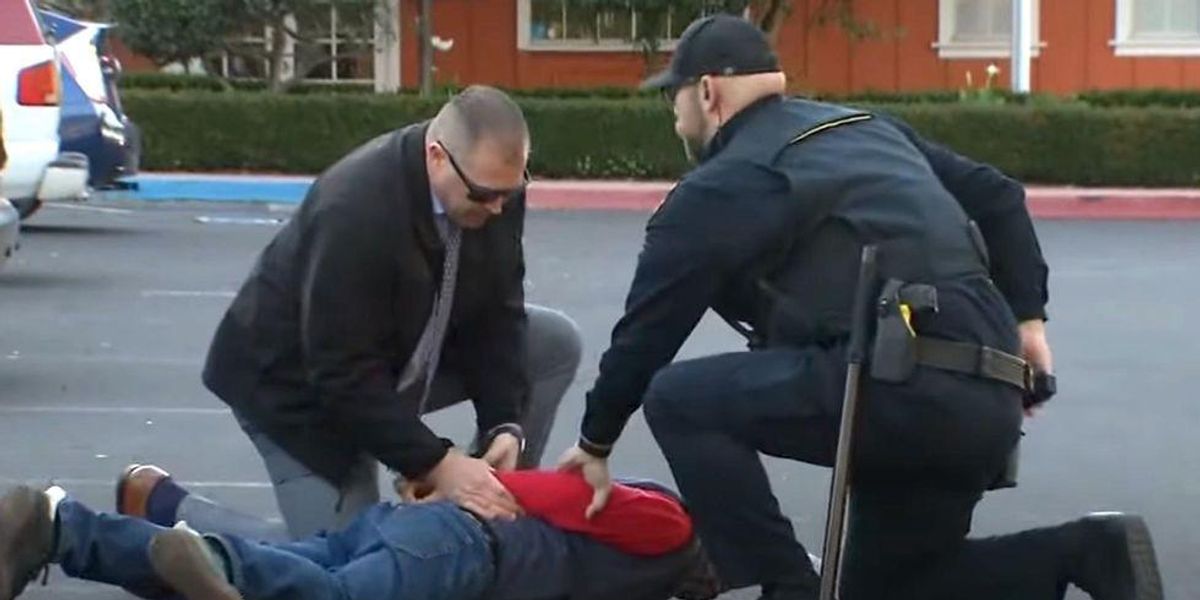 At least seven Chinese farm workers were shot and killed at two farming locations near a northern California coastal city on Monday.

The San Mateo County Sheriff’s Office said deputies found four dead people in an unincorporated part of the county at about 2:30 p.m.

A fifth victim was found and taken to Stanford Medical Center to receive treatment for life-threatening injuries.

Three other dead people were found at a second location just minutes later about a mile away.

A suspect turned himself in and was arrested outside of the San Mateo County Sheriff’s Office substation about two hours after the shootings.

KGO-TV news cameras were rolling when police were able to apprehend the suspect who was later identified as 67-year-old Zhao Chunli.

Investigators said they found inside his car the weapon believed to be used in the shootings. They said that they believe he acted alone.

Half Moon Bay Mayor Deborah Penrose told the Los Angeles Times that some of the victims were farm workers. City councilwoman Debbie Ruddock said that they were all Chinese farm workers.

San Mateo County Sheriff Christina Corpus said that some children were present at the shootings after they had been released from school.

“For kids to witness this — it’s unspeakable,” said Corpus to reporters.

“We have not even had time to grieve for those lost in the terrible shooting in Monterey Park,” he added. “Gun violence must stop. The State of California has among the strictest gun laws in the United States, which we have strengthened through local action here, but more must be done. The status quo cannot be tolerated.”

The mass shooting came just a day after a separate shooting where 11 people were shot and killed during a Lunar New Year celebration in Monterey Park, California. While many on the left initially pounced on the story to blame white supremacy and right-wing rhetoric, the narrative was ruined when the main suspect turned out to be an Asian male.

Here’s more about the Half Moon Bay shooting:

[embedded content]Multiple people shot and killed in Half Moon Bay, suspect in custodywww.youtube.com