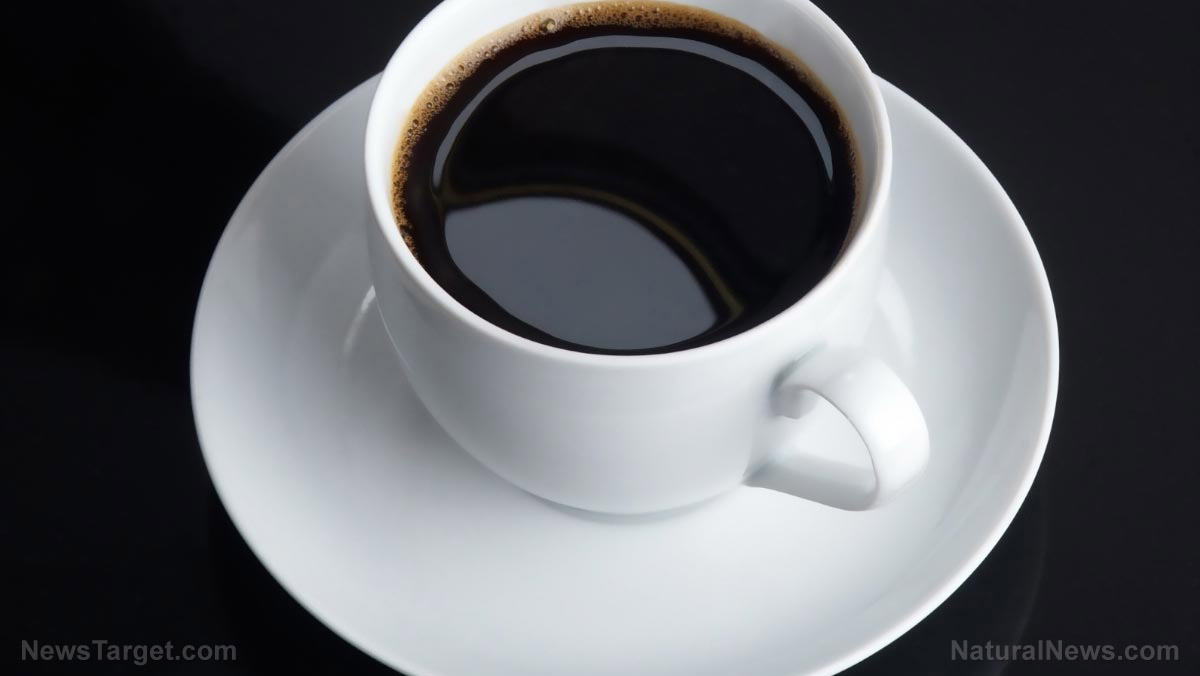 (Natural News)
For most people, coffee is nothing more than a caffeine boost, a quick shot of energy. Other people cherish the distinct taste of coffee and drink a de-caffeinated version. Many people do not realize that coffee contains hundreds of bioactive compounds, oils, tannins, vitamins, and minerals that play a positive role in cognition and longevity. Some of these compounds are stripped from coffee during the decaffeination process, affecting the medicinal qualities of the drink.

Many of the natural compounds in coffee convey anti-inflammatory, antioxidant, and antimicrobial properties in animal studies. Some compounds prevent tissue scarring. Because of these properties, coffee may prevent cognitive decline and have a positive effect against other neurodegenerative diseases such as Alzheimer’s and Parkinson’s. Research shows that some of coffee’s medicinal properties are brought to life during chemical reactions that take place during roasting. Roasted coffee beans are high in lipophilic antioxidants and chlorogenic acid lactones, which provide neuroprotective properties.

The medicinal properties of coffee depend on the preparation techniques, the composition of each species of coffee bean, how they are grown, and how long they are stored. For instance, two compounds in coffee – kahweol and cafestol – provide antioxidant and anti-inflammatory properties. These compounds are specific to coffee but are only present in unfiltered varieties of coffee (e.g., espresso and French press coffee).

The natural caffeine in coffee plays a synergistic role in mediating the positive effects of the other compounds. Caffeine acts as an adenosine receptor antagonist and plays a critical role in activating all the other compounds in the coffee bean. Increased coffee consumption has been linked to lower serum amyloid levels. In other words, coffee reduces inflammation in the body, reducing metabolic signals associated with diabetes and preventing other diseases associated with oxidative damage.

The most abundant antioxidant compound in coffee is a polyphenol called chlorogenic acid (CGA). As a standalone treatment in cell cultures, CGA enhances the expression of antioxidant enzyme NQO1, preventing neuronal cell death. Decaffeinated coffee still contains non-caffeinated alkaloids and polyphenols that provide health benefits. However, studies show that the decaffeination process removes up to 60% of CGA. One of the metabolites of CGA is caffeic acid. In vivo studies on rats show that caffeic acid improves learning and memory in a dose dependent manner.

A study was conducted on 38 adults (ages 50-69 years) with memory related issues. One group was given a CGA-fortified beverage once daily for sixteen weeks. The other group was given a placebo for the same time period. At the conclusion of the study, the group that consumed CGA showed improvements in information processing and faster response speeds than the placebo group. The CGA group had elevated levels of circulating apolipoprotein A1 and transthyretin. In Alzheimer’s disease, individuals typically show low levels of these biomarkers.

After caffeine, the second most abundant alkaloid in the coffee bean is trigonelline. Rats that are treated with trigonelline show a reduction in inflammatory cytokines. There is evidence that trigonelline promotes neuronal interconnections, improving dementia. In molecular modeling studies, trigonelline interrupts the formation of amyloid aggregates, protecting cells against oxidative stress.

Coffee provides more than just an energy boost. By reducing inflammation, protecting against oxidative stress and promoting neuronal communication, coffee serves as a natural medicine that may prevent cognitive decline.