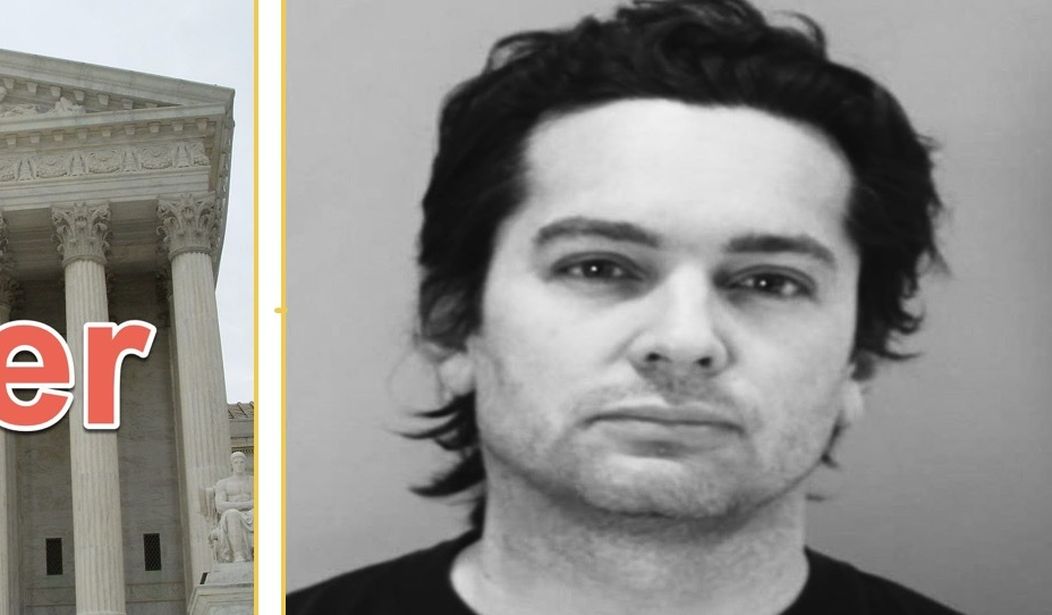 We’re waiting for the moment when true revelations about the January 6 riot finally hit the body politic, just as the lies government actors told us about COVID and the FBI-inspired Governor Gretchen Whitmer “kidnapping” opened Americans’ eyes. It will happen.

We’re assured by government actors from the Capitol Police and FBI that people who were around and not actually in the Capitol on January 6, 2021, were terrorists and insurrectionists, though they may not have been involved in any lawbreaking that day–that they knew of.

And who were the “insurrectionists” that day? Well, there are more than 900 and counting. They include mamaws and papaws who were invited into the Capitol Building by police officers. They were people dressed up like furries who committed “insurrection” by sitting behind Nancy Pelosi’s desk or smirking while talking on her phone. They include people who cooperated with federal authorities before the “insurrection.” Those people include leaders of the Oath Keepers and Proud Boys, groups never involved with fomenting violence before.

Those who weren’t cooperating with authorities were caught in cellphone dragnets, which work for government cops making January 6, 2021 prosecutions, but magically confer no authority when it comes to making conclusions about the “2,000 mules” used to drop universal 2020 mail-in ballots to more than ten ballots drop boxes in an evening.

J6-ers have been kept in solitary confinement without counsel, without haircuts, without proper food, and without dignity and are given the choice of taking a plea deal or taking their chances with a D.C. jury pool.

Indeed, another batch of Oath Keepers, the right-wing group that was populated by FBI agents and informants, were convicted of “seditious conspiracy” Monday in a Washington, D.C. trial. The D.C. jury pool is so tainted that no one present at President Trump’s speech on January 6, 2021, would be treated in any other way but as a terrorist.

Seditious conspiracy is a “seldom used” law whose main role in the J6 theatrical production was to inject the word “seditious” into mythology to somehow enjoin Donald Trump from running for office again or, failing that, make the iron-curtain-like response by federal intelligence and police agencies look reasonable. One wonders why these crack police agencies, with embedded agents and informants, didn’t stop the “insurrection” if they were so worried about “an attack on Democracy!” that day.

And what were the protesters’ intentions that day? Trump said to peacefully march to the Capitol to make their voices heard. He was still speaking after what Revolver News calls the “Fedsurrection” was already underway.  Was the idea to stop the confirmation of the Electoral College? At the time, Republican senators such as Ted Cruz were asking for an analysis of the very hinky 2020 election. Why would the Fedsurrectionists want to negate that by storming the Capitol? Indeed, efforts to further investigate the 2020 election by Republican senators were abandoned after the violence.

But if the protesters’ goal was to push their way in and mock elected officials, then mission accomplished. But the joke was on them.

On the east side of the Capitol Building there was no riot; on the west side there was bedlam with men climbing up the side of the building to get stairs into the building while select others with bullhorns screamed orders. People like Ray Epps, a man believed to be a government informant, were at the west entrance urging people to go into the Capitol, after overseeing the removal of barricades. Epps has never been charged.

Police were hurt that day from pushing. For some, it was a terrifying event. Those who saw Trump supporters Rosanne Boyland and Ashli Babbitt die at the hands of police treatment that day will be forever changed.

Related: Left Explodes, But Is Trump the Only One Who Remembers Violence From the Dobbs Leak?

On the east side of the Capitol was “Walk Away” activist Brandon Straka, who was a speaker that day. He was live-streaming video outside the Capital Building. It showed people being let into the building and then being turned away at the door. It wasn’t his finest day, but he wasn’t an insurrectionist, either. To stay out of prison by taking his chances with a D.C. jury, he pled guilty to a Class B misdemeanor for being on the Capitol grounds, spent two days in jail, and is on probation for three years.

It wasn’t as if Straka or any other Trump fan expected violence that day. The only violence, if you can call it that, historically at Trump events was when the Left’s organized hecklers would try to interrupt his rallies and he’d have them tossed out, or when they would try to pick fights in the massive lines to get into the events. As a result, no one could have foretold anything remotely close to violence on January 6, 2021.

An insurrection, we read in a free legal dictionary, is “a rising or rebellion of citizens against their government, usually manifested by acts of violence.’ Under federal law, it is a crime to incite, assist, or engage in such conduct against the United States.”

This brings us to the 2022 insurrection no one is talking about anymore. That is the one caused by the intentional attack on “their government.” This is an attack on the Supreme Court.

No one has been arrested for this insurrectionist event last May, which prompted an assassination plot against three justices on the U.S. Supreme Court, violence, illegally swarming the homes of the six Republican-appointed justices, and disclosure by organized groups of justices’ home addresses to encourage actions — violence — against them.

It was an organized insurrection, contrary to what happened on January 6, 2021.

It was an overt attempt by organized Leftists to foment violence against “their government.”

Recommended: ‘Worst of the Worst’ Sex Predators Are Being Released From Washington State’s Pedophile Island

Anyone who saw the Left’s apoplexy at Trump’s election, the fake Russia! Russia! Russia! stories, and the unhinged behavior  of Antifa and Black Lives Matter would have needed no crystal ball to divine what would happen when the Casey and Roe v Wade abortion decisions were overturned. None whatsoever.

Or you could just watch the Left’s unhinged reaction to the Justice Kavanaugh hearings. Look closely. You might be reminded of something.

Brandon Straka was raided and handcuffed by the FBI for being in front of the Capitol Building and taking video and yelling.

“The FBI came into my house, they put me in handcuffs, put me in jail, and told me I was facing multiple felony charges,” he recalled to attorney and radio host Mark Levin. “They charged me with two felonies and a misdemeanor, a misdemeanor and threatened me with a third felony which was obstruction of congress,” he told him. The net effect of which was: “I was potentially facing decades in prison for spending 8 minutes I spent outside of the capitol filming a video on a camera.”

Straka told Fox News’s Tucker Carlson that the DOJ has apparently spent big money on Google’s search engine optimization so that when you look up his name on Google, the DOJ’s insurrection database is the first thing that comes up. One-stop doxxing.

The US government has all J6 defendants on a public registry, like sex offenders. Details in tweet below
A few examples…

In the media, he was called a terrorist, a Russian spy, and an insurrectionist. He’s been denied access to banking like protesting Canadian truckers. “The punishment never ends,” he says.

Out of the thousands and thousands of people at the Capitol that day, he was picked out because of his celebrity and support of Trump.

And what of the probable Supreme Court leaker, likely a law clerk, who’d had a limited one-year gig and is long gone after stealing the document, giving it to someone not authorized to have it at Politico, and knowing, based on historical precedent, the predictable violent fallout?

Well, there’s no naming and shaming of the culprit. No de-banking of this person. No reputation was ruined. There’s only a person who got away with it and showed how it may be done again. As constitutional law professor John Yoo pondered, “Here’s what’s worrying me. A lot of the [Supreme Court] cases involve billions and billions of dollars. What if some hedge fund guy goes to one of the clerks and says, ‘I’ll figure out how to give you $100 million if you leak for me.”

And yet, I’ve gone through the Supreme Court marshal’s report about what kind of insurrection effort was made to find the person who prompted assassination attempts and justices and their children to flee their homes.

This person will suffer no professional or civil consequences for their planned insurrection, though they broke faith, ethical canon, and, more pedantically, the rules of the court. It’s unclear if laws were broken by the clerk. The report indicates that if justices reveal confidential documents it is a breach of federal law.

The report itself said that the leak fallout was “one of the worst breaches of trust in its history: the leak of a draft opinion. The leak was no mere misguided attempt at protest. It was a grave assault on the judicial process.”

And yet, “after months of diligent analysis of forensic evidence and interviews of almost 100 employees, the Marshal’s team determined that no further investigation was warranted with respect to many of the 82 employees [who] had access to electronic or hard copies of the draft opinion.”

In other words: never mind. The perpetrator of the insurrection didn’t confess so we can’t determine who did it.

Some insurrections are worse than others, apparently.

After Four Mass Shootings in California, Newsom Moves to Limit Citizens’ Ability to Protect Themselves
Rising rates of sudden death among youth prompt UK children’s schools to install thousands of defibrillators
‘Sit this one out’: Father of teen killed in Parkland shooting responds when Newsom criticizes Florida permitless carry proposal
SCOTUS Did Not Disclose Financial Relationship With ‘Independent’ Expert Hired to Validate Leak Probe
CNN Slams Left-Pleasing ‘He Gets Us’ Ads for Jesus As a…Right-Wing Conspiracy?