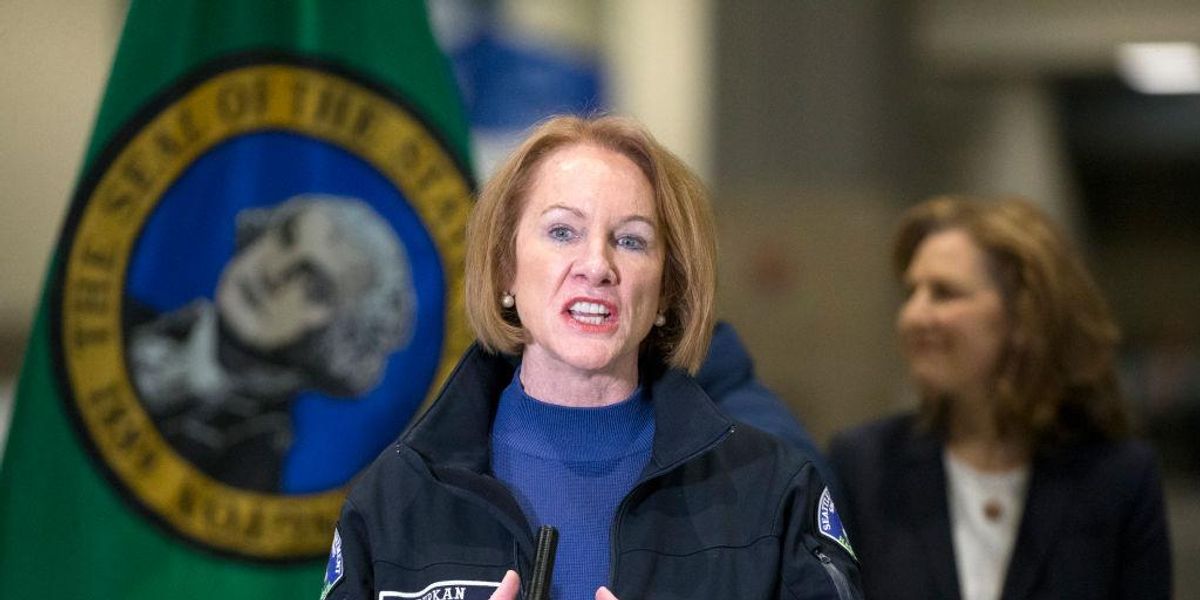 Several former and current Seattle, Washington, officials who were in office during the 2020 Capitol Hill Organized Protest or Capitol Hill Autonomous Zone — better known as CHOP or CHAZ — deliberately “purged” evidentiary text messages related to that event, a federal judge has determined. As a result, the jury that will eventually consider a lawsuit about that event may presume that the missing text messages were “unfavorable” to the city and to those officials.

On June 8, 2020, a rogue group of leftist activists, some affiliated with Black Lives Matter, cordoned off about six or eight blocks in the Capitol Hill district of Seattle and declared the area an “autonomous zone,” a quasi-sovereign state that is separate from the U.S. However, infrastructure within the zone quickly collapsed as violence raged. By July 1, Seattle police had quashed the protest, and CHOP was dissolved, leaving two dead teenagers and several severely injured victims in its wake.

But physical violence was not the only harm CHOP caused. Businesses located within the occupied territory suffered serious injury to their bottom line, to say nothing of the integrity of their buildings, because protesters refused to allow employees and clients to access them. More than a dozen of those businesses quickly filed a lawsuit against the city, claiming that officials had supported CHOP by providing various accommodations to the protesters, including barriers, portable toilets and washing stations, and dumpsters. Now, a federal judge has determined that that lawsuit can go to trial.

Earlier this month, U.S. District Judge Thomas Zilly sided with the plaintiffs on two key counts in the lawsuit, while dismissing three others. Zilly will allow a jury to determine whether city officials — including former Seattle Mayor Jenny Durkan (D), former police Chief Carmen Best, fire Chief Harold Scoggins, and others — were culpable for “taking” the public’s “right to access” those establishments.

However, the most crucial ruling Zilly seemed to give in his 39-page order relates to text messages missing from the “City-owned” phones that had been given to those public officials for government use. Though attorneys for the plaintiffs issued several letters to the city in June and July 2020 requesting that its officials retain their text messages as possible evidence, nearly all of the text messages in many of their phones were wiped clean.

On August 21, 2020, a city attorney discovered that all of Durkan’s texts had been deleted from both an old and a new phone. Durkan claimed that she’d dropped her phone in water on July 4. Though damaged, that phone retained enough function for Durkan to power it on and restore its data to the iCloud, but Durkan claimed she then performed a reset on her phone, at which time, she accidentally selected a “Disable and Delete” option that ended the synchronization between her data and the iCloud and began deleting all text messages that were more than 30 days old.

On July 7, she received a new phone, which “someone” set to continue the “30-day delete” option, causing more than 5,700 texts to be permanently lost. No backup of the data from her previous phone was ever made. Zilly asserted in his order that Durkan’s “various reasons for deleting her text messages strain credibility.”

A similar discovery regarding police Chief Best’s phone was made six months after she tendered her resignation on September 2, 2020. According to the court document, Best manually deleted more than 27,000 texts before she surrendered the phone back to the city. Best later testified that she periodically deletes her text messages, but stated she did not recall deleting all of her messages before returning the phone. Best also claimed that she thought, like emails sent from city-issued email addresses, all of the data on city-issued phones always had a backup copy. Officials later blamed “COVID work requirements” for not discovering the missing messages until March 2021.

The texts on Scoggins’ phone were not discovered missing until February 2021, several months after he’d input the wrong passcode too many times and locked himself out of the device. When he took the phone to an Apple Store to be serviced in October 2020, “an employee reset the device, deleting all prior messages,” the court document stated.

Though experts have been able to recreate more than 160,000 lost messages sent to other recipients, not a single text message exchanged between Durkan, Best, and Scoggins between June 8 and July 1, 2020, has been recovered.

“City officials deleted thousands of texts messages from their city-owned phones in complete disregard of their legal obligation to preserve relevant evidence,” Zilly wrote on January 13.

“The Court finds substantial circumstantial evidence that the city acted with the requisite intent necessary to impose a severe sanction and that the city’s conduct exceeds gross negligence,” he added.

For these reasons, the jury which will hear the case against the city officials on behalf of the plaintiff businesses “may presume that the City officials’ text messages (deleted after Plaintiffs commenced this action) were unfavorable to the City, and Plaintiffs will be allowed to present evidence and argument at trial regarding the City’s deletion of the text messages,” Zilly ruled.

He also ruled that the city must pay for the costs accrued in attempting to recover these text messages. Several plaintiffs also deleted evidentiary text messages, and Zilly ruled that Hunter Capital, the main litigant in the suit, must pay the costs associated with the investigation into deleted messages on the phone belonging to CEO Michael Malone. Malone’s deletions may also be mentioned at trial.

Zilly dismissed the lawsuit’s allegations of negligence, illegal taking of plaintiffs’ property and civil rights, and the contention that the city violated plaintiffs’ right to due process. The plaintiffs claimed that CHOP cost them $3 million in property damages and lost earnings.